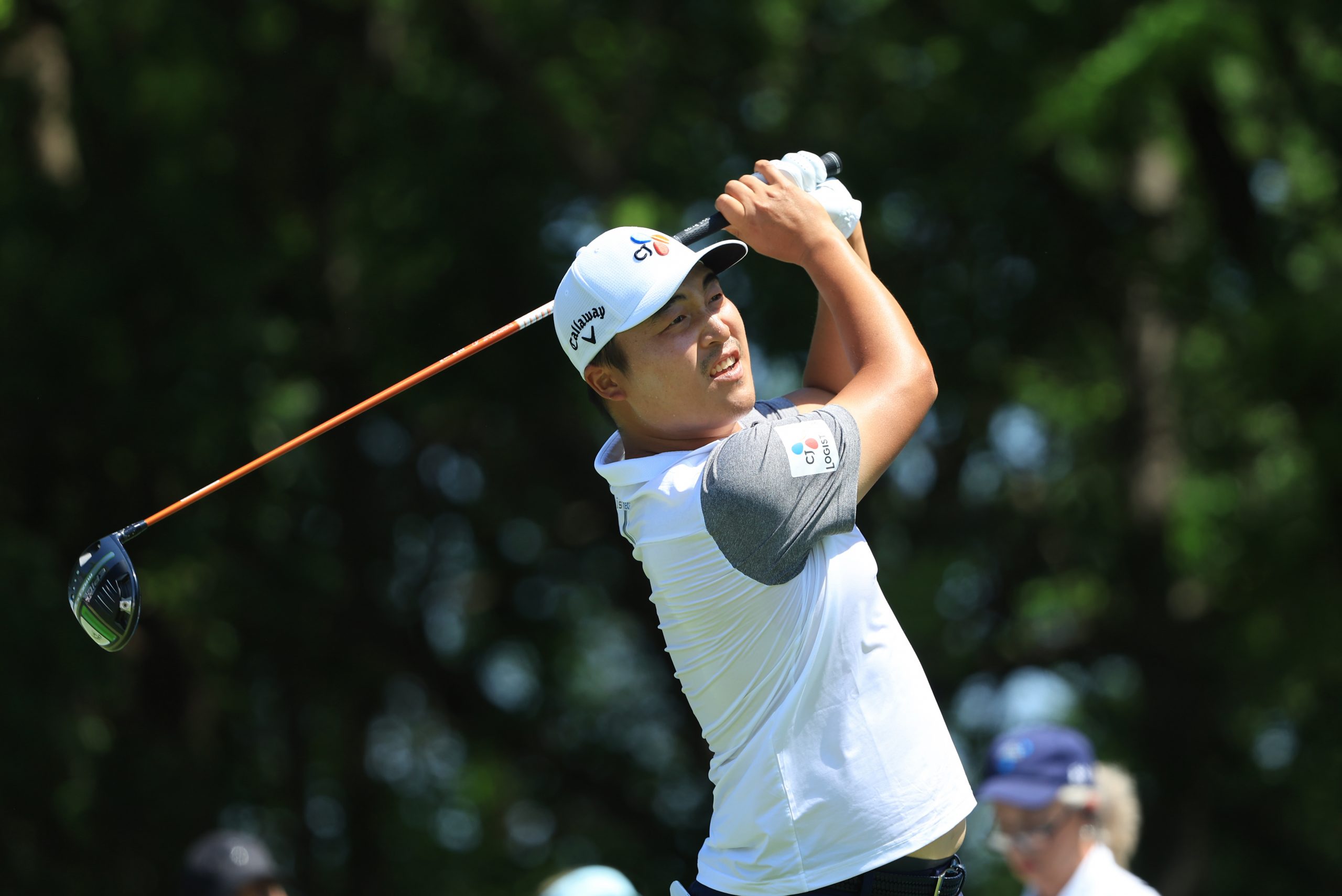 In-form Korean star K.H. Lee carded his lowest round in a major when he fired a 1-under 69 in the first round of the PGA Championship on Thursday to lie four strokes back of leader Rory McIlroy.

The 30-year-old Lee, who successfully defended his AT&T Byron Nelson title on the PGA TOUR last week, registered three birdies against two bogeys at Southern Hills in Tulsa, Oklahoma to mark his first ever round in the 60s in his sixth career major start.

“Last week was a very happy time for me and my family, and hopefully I try to just keep the momentum well. Played well … I’m very happy now,” said Lee, who sits as the highest placed Asian golfer in the year’s second major at tied 16th place.

Lee has not broken par in his five previous starts in the majors where he has yet to make a cut. He shot 78 and 77 at the PGA Championship last year after his winning breakthrough at the Byron Nelson and missed the cut at the Masters Tournament last month following rounds of 74-75.

However, he is now riding on new-found form and confidence after going back to work with his old swing coach Chris Mayson, and his former mental trainer. He won last week with a winning total of 26-under.

“I try a new challenge,” said Lee of his major quest. “Just try to keep my momentum. I want to always play well every week. Hopefully good for the whole week up until Sunday.”

He three-putted his first hole on the 10th for bogey before turning in even par by rolling in a 20-footer for birdie on the 18th. He converted putts of eight and six feet on the first and fifth holes for further gains, sandwiching a bogey on Hole No. 2 when he found the greenside bunker.

Working with Mayson has energised Lee and his ball-striking has shown marked improvements where he ranked tied seventh for Strokes Gained: Tee to Green after the first round. He was also pleased with how he is managing his strategy and was particularly happy with his final birdie on the par-5, 5th hole.

“I thought about a 3-wood, go for it or lay-up. But I didn’t want to do crazy things in the first round, so I lay up, and good wedge shot to maybe seven feet, make birdie. That made me very happy. Feels good over there,” said Lee, who is ranked 28th on the FedExCup.

Yang, who started playing on PGA TOUR Champions after turning 50 this year, started well with two birdies on his front before being pegged back with four bogeys against a third birdie of the day. He has not made the cut in his last five starts at the PGA Championship.

On a week where he welcomed the arrival of his second child, a boy named Avyaan, and enjoyed a nine-hole practice round with Tiger Woods on Wednesday, Anirban Lahiri settled for a 73 to leave himself with some work to make the halfway cut in his first major start in nearly three years.

McIlroy’s 65 is his best opening-round score to par in a major championship since he opened the last of his four major championship victories with a 5-under 66 at the 2014 PGA Championship at Valhalla. The Northern Irishman, won THE CJ CUP last October for his 20th PGA TOUR victory, made four successive birdies on his outward nine before posting three more birdies against two bogeys to lead by one from Will Zalatoris and Tom Hoge.