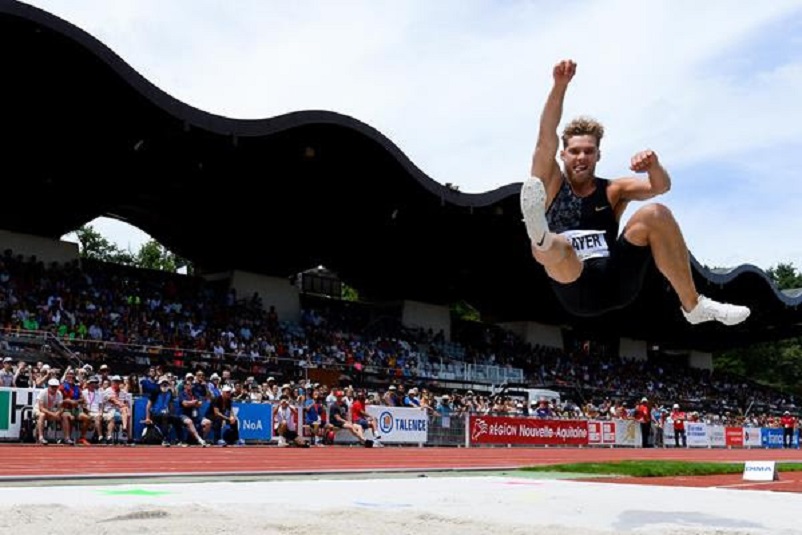 To make up for missed competition opportunities in 2020 and to capitalise on the reopening of the Olympic qualifying window, the 2021 World Athletics Challenge – Combined Events has been given a head start.

The series will begin next month on the French island of La Réunion with the Meeting de la Réunion, a competition organised jointly by Thomas Mayer, the French Athletics Federation and the Réunion Island Athletics League.

The meeting, set to take place on 18-19 December, will feature several international heptathletes and decathletes, including world record-holder Kevin Mayer. The 2017 world champion will be aiming to achieve the Olympic standard of 8350 as he doesn’t yet have a qualifying mark for the Tokyo Games.

“I can’t wait to get back on track, to put into practice everything I’ve worked on this year and to achieve the Olympic qualifying standard,” said Mayer, who was forced to withdraw from last year’s World Championships in Doha in what was his only decathlon of 2019. “When I do (get the standard), it will be less pressure and I will be able to finish my preparation for Tokyo calmly.”

The Olympic Games qualification period for combined events began on 1 January 2019 but it was put on hold from 6 April 2020 until 30 November 2020 owing to the limited competition opportunities as a result of the coronavirus pandemic. The qualification period will reopen on 1 December 2020 and run until 29 June 2021.

After the Meeting de la Reunion, the World Athletics Challenge – Combined Events will resume in April 2021 with the Multistars meeting in Lana. The Pan American Combined Events Championships and the Hypo-Meeting will both be held in May, while the Meeting Internacional Ancona and the Ratingen Mehrkampf-Meeting follow in June.

The Tokyo 2021 Olympic Games will double as a scoring opportunity in the World Athletics Challenge – Combined Events before the series concludes with the Decastar meeting in Talence in September.

Due to the pandemic, the current plans are provisional, so dates and venues could change as the season approaches. Meeting organisers are advised to build their Covid-19 health and safety protocols and mitigation plans based on the information and tool available on the World Athletics website.