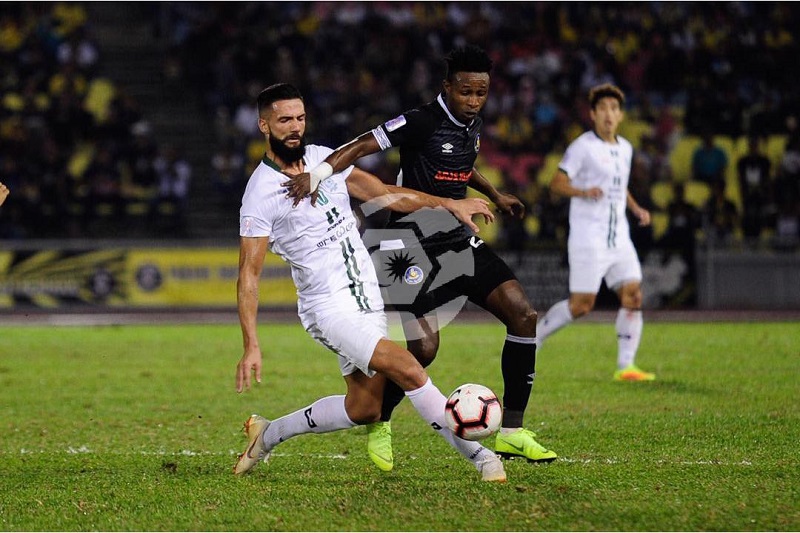 Share
Facebook
Twitter
WhatsApp
Email
Print
Melaka United added more misery to winless Kuala Lumpur with a 2-0 win over the City Boys at the Hang Jebat Stadium on Sunday and moved into the top four with 10 points.
Two quick goals in two minutes gave Melaka full points – with Montenegro midfielder getting the first with an unstoppable header on 14 minutes followed by a well-drilled scorcher on the left by Nazrin Nawi into the far corner that beat KL keeper Sharbinee Allawee all the way.
“It was a good win but we could have done much better as we missed scoring opportunities due to our poor finishing up front,” said Melaka head coach Zainal Abidin Hassan on Monday.
“Still it is a good win for us to ride on when we face Terengganu away in our next match (March 8). It will be a tough match as Terengganu have yet to get into the winning mode.
“This is dangerous when facing such a team. At the same time, I am happy with the way my team is shaping up.”
In the same breath, Zainal was quick to point out that Kosovo midfielder Liridon Krasniqi is “slowly gelling into the team” although many have criticized the former Kedah player.
“Liridon joined us very late. He was not in the team during our pre-season preparations. It is not easy for a player to fit into a team based on his past records with Kedah.
“We all know he is a good player…a player who can deliver. Against KL he (Liridon) played his best game although he did not score. I have faith and hope in him and he will start delivering soon,” added Zainal.
Much has been said about him. At this stage, all I can say to his critics is ‘just leave him alone’ because I am happy and pleased with his commitment and performance.
“He will feature in my match plans and it is only a matter of time we will hear more of Liridon with Melaka.”
The 27-year-old former Kosova international has scored only one goal so far.
“Our target is for a top bracket finish and we are on track as we get better with each match,” said Zainal. – BY RIZAL ABDULLAH
- Advertisement -