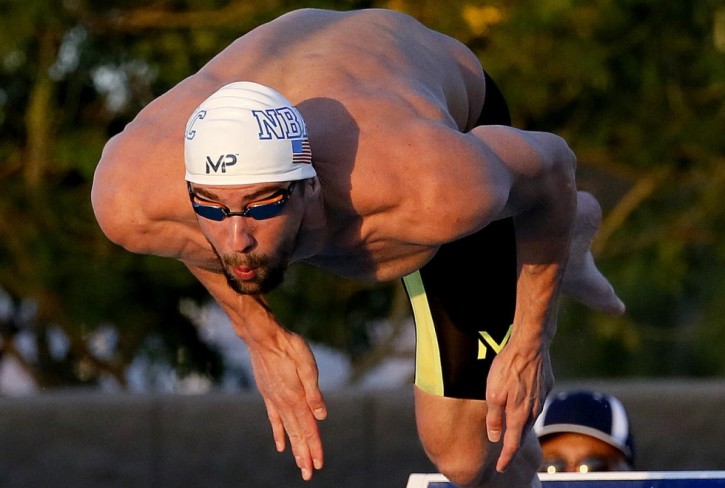 Michael Phelps made a low-key start to the Mesa Pro Swim on Thursday, but his win in the 200m freestyle consolation final was a confidence booster in an event he’s found tough in his comeback.

“I swam that like I used to always swim it,” said Phelps, who smashed the 200m free world record at the 2007 world championships before making it one of his eight gold medals at the 2008 Beijing Games in yet another world record.

“I kind of just stepped on the gas in the first hundred, and that’s when I swim my best 200 free.”

Phelps, the 18-time Olympic gold medallist juggling preparations for the Rio Games and plans for the arrival of a baby boy with fiancee Nicole Johnson next month, just missed out on qualifying for the championship final in the event.

His winning “B” final time of 1min 48.21sec would have given him bronze in the championship race won by Conor Dwyer in 1:46.61.

“I think the biggest thing I had tonight is I was able to get confidence back in that race,” Phelps said. “I haven’t really swum that race well in a long time.”

Phelps, always cagey about just what his Olympic programme plans are, said he wasn’t sure if he’d tackle the 200m free at the US Olympic trials in June.

But he wants to keep improving at least enough to challenge for a spot on the US 4x200m free relay team in Rio.

“I’m pleased with it,” Phelps said.

Dwyer’s time tied him for sixth-fastest in the world this year. Venezuela’s Christian Quintero was second in 1:48.10 and Phelps’s old foe Ryan Lochte was third in 1:48.85.

Ledecky, who set her latest world record in the 800m free at the Austin Pro Swim in January, showed her preparations for the Rio Games in August remain right on track.

Four-time Olympic gold medallist Missy Franklin, like Phelps shut out of her championship final, settled for a victory in the 200m free consolation heat in 1:58.64 — nearly two seconds faster than her qualifying time.

Ledecky said she missed racing against Franklin, but she didn’t think there was cause for concern about her US team-mate.

“Everybody’s at different points in their season,” Ledecky said. “She had a better swim tonight.”

Dana Vollmer, who set a 100m butterfly world record en rout to Olympic gold in London, then retired to start a family, signalled her comeback bid is gaining pace with a 100m fly win in 56.94sec — fourth-fastest in the world this year.

Vollmer, whose son Arlen was one year old in March, was comfortably ahead of runner-up Kelsi Worrell (57.27). – Agence France-Presse