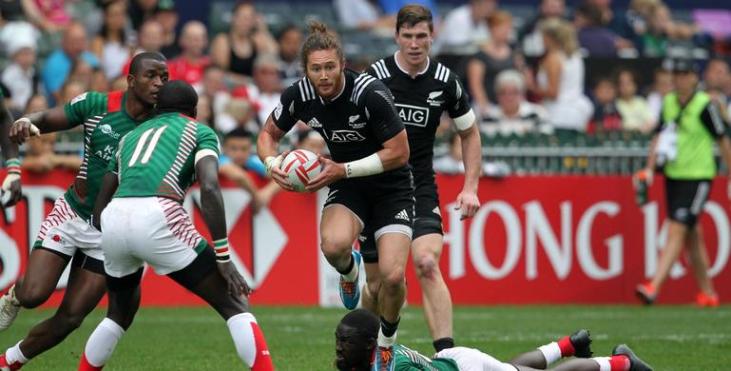 Top-level sevens returns to steamy Singapore for the first time in a decade this weekend as rugby looks for another foothold in Asia and teams firm up their plans for the Rio Olympics.

Two-time Rugby World Cup-winner Sonny Bill Williams will press his Olympic bid with New Zealand but Australia’s Nick “Honey Badger” Cummins is out with an ankle injury as the sevens series nears its conclusion.

With only two more stops after Singapore, Fiji lead the 10-leg world series from New Zealand after they established themselves as Olympic favourites by beating their rivals in last week’s Hong Kong final.

Organisers will keep a close eye on ticket sales for the event on Saturday and Sunday at the 55,000-seat National Stadium, as Singapore tries to make a name for itself on the sevens circuit.

“After the 10-year hiatus, the event has changed a lot, as has Singapore,” Rugby Singapore chairman Low Teo Ping told AFP.

“Sevens rugby is now an Olympic sport, and Singapore now has a ultra-modern high-tech stadium to host the tournament,” he said.

“The sevens will create a lot of curiosity about thesport and hopefully find new fans and players. We see this as being the growth of the sport.”

Singapore already hosts some “home” games of the Sunwolves, the Tokyo-based Super Rugby team which made its debut in the 15-a-side provincial competition this year.

Singapore’s return to the world series comes just a week after the Hong Kong leg, the traditional showpiece of the annual circuit and regarded as the dress rehearsal for Rio owing to its format, profile and large crowds.

Singapore, the tiny but wealthy Asian city-state, has been at pains to position itself as a centre for sportsand already hosts a Formula One grand prix and tennis’s WTA Finals.

Singapore’s tropical heat and humidity are likely to be a factor this weekend in a sport that requires elevated fitness levels and where lung-busting runs are unavoidable.

“It was pretty hot out here, it’s like playing in a sauna. But the good thing is everybody has to play in the same heat,” Williams told reporters after a training session.

But Fiji coach Ben Ryan said the conditions would suit his players, who train in high humidity on their Pacific island home.

“Some of the other teams might have a lot of trouble or worry about the humidity, but for us, Samoa and maybe one or two of the other sides, it’s not going to be an issue at all,” Ryan told AFP.

New England Patriots Super Bowl-winner Nate Ebner is expected to play for the USA as he makes a late run for the Olympics in rugby, the sport of his youth before he switched to American football.

After Singapore, the sevens series heads to Paris and then London before the Rio Games in August, where rugby will end its 92-year absence from Olympic competition. – Agence France-Presse