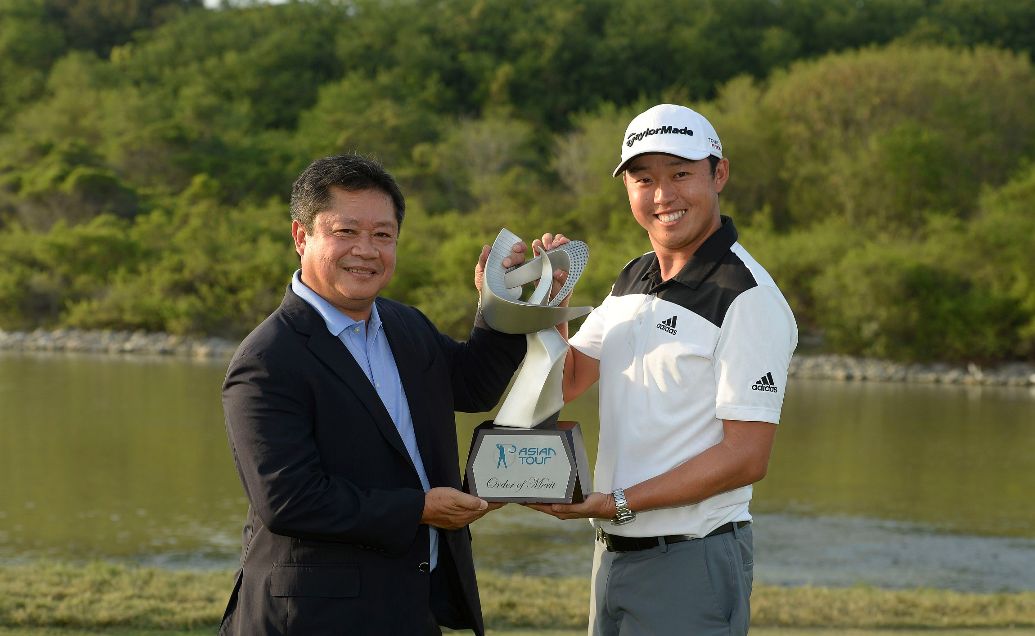 David Lipsky of the United States was crowned the 2014 Asian Tour Order of Merit champion as his closest challenger Anirban Lahiri failed to narrow the gap at the Thailand Golf Championship on Sunday.

The Korean-American waited anxiously at the clubhouse after he stumbled to a final round three-over-par 75 to finish in tied 38th position as Lahiri contended at the US$1 million Asian Tour event.

The talented Indian needed at least a top-four result at the Thailand Golf Championship to extend the Order of Merit race to next week’s Dubai Open but fell short of his target when he settled for tied sixth following a 73.

Lipsky was delighted to end a successful year on a high note in a season where he became the first Asian Tour member to win at the Omega European Masters in Switzerland in September. He also enjoyed four other top-10 results including a second place finish at The Championship in Singapore in May.

He sits atop the summit with earnings US$713,901 while Lahiri is currently in second place with earnings of US$602,833. Prom Meesawat of Thailand is placed third with winnings of US$527,921.

“This win means a lot to me and I’m feeling a lot of pride. This is something which I aspired to do. Winning a co-sanction event and doing all this in one year is something which was unexpected because I did it so fast but now I know that if I play well, I can compete against the best.

It has been an up and down year for me and this week is a perfect example. I thought I was playing well but ended up in 38th place. Overall the year has been good and reflecting back on it, I couldn’t have been more proud of what I’ve accomplished,” said Lipsky, who earned US$

Playing in his third year on the Asian Tour, the 26-year-old Lipsky announced his arrival on the region’s premier Tour when he won the 2012 Qualifying School in Thailand. He went on to win his first title at the HANDA FALDO Cambodian Classic in the same year.

“Each and every year my goal is to become a better player. Improvement isn’t a straight line. You have ups and downs but this Order of Merit win is something I will always cherish.  I’ll think about my goals after I’ve enjoyed this a little bit longer!” he said.

Lipsky tipped his cap to Lahiri, who pushed him to the limits in the Order of Merit race.

“Hats off to Anirban because he has played phenomenal this year and I know he is tired after playing in so many eventsIt was a good fight with Anirban towards the end,” said Lipsky.

Lahiri was gracious in defeat but vowed to come back a stronger and better player. “I’ll be back and winning the Order of Merit is definitely one of those things I want to do in my career.”

“Lipsky and I both fought and battled it out really hard. It is a huge thing for David to win the Order of Merit after becoming the first Asian Tour member to win at the Omega European Masters. He deserves everything he will get for winning the Order of Merit,” said Lahiri.