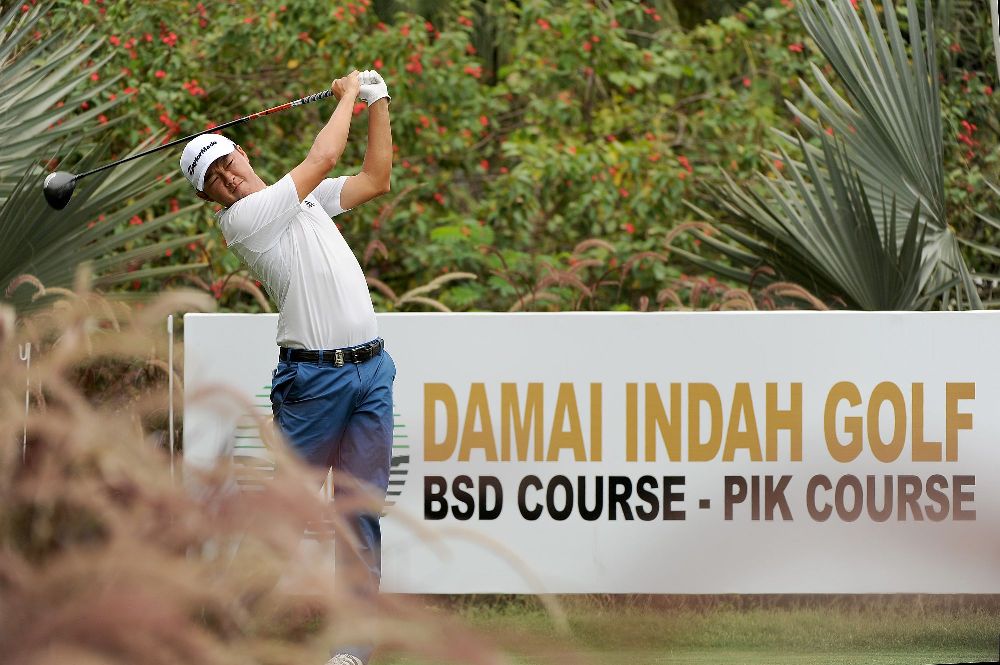 Asian Tour Order of Merit leader David Lipsky of the United States will keep his foot firmly on the pedal when he challenges for the BANK BRI Indonesia Open title which starts on Thursday.

The Korean-American has enjoyed a superb season highlighted by his win at the Omega European Masters in Switzerland in September and that success has fuelled his desire to chase for Asia’s top prize.

“I won this year and I’ve enjoyed some good results so I’ve exceeded my expectations but I still want to win the Asian Tour Order of Merit. You can’t get too content and satisfied despite the results. You always have to keep trying and pushing yourself,” said Lipsky.

With three events remaining for 2014, Lipsky will head into a decisive period starting with the US$750,000 tournament staged at the Damai Indah Golf, Pantai Indah Kapuk course this week.

After pocketing US$682,610 in earnings this year, Lipsky will have to fend off the strong challenge from a resilient Anirban Lahiri of India, who is US$118,256 behind him. Despite the mounting pressure, the 26-year-old Lipsky believes he has the game to help him cross the finishing line.

“I want to stick to the process. I’m trying to get better each week and I’m trying not to go through many emotional highs and lows. Mentally I was a bit tired but I took a week off last week and I’m feeling fine now. Getting away from the golf course was nice.

“I played quite well here last year and I have some good memories. It is a great course and I’m looking forward to the week. I definitely like the course. There are a lot of hazards out there so you need to keep the ball in play,” said Lipsky, who finished tied 17th here last year.

Jazz Janewattananond of Thailand, Miguel Tabuena of the Philippines and Mithun Perera of Sri Lanka are amongst those chasing for a first Asian Tour victory.

A return to the BANK BRI Indonesia Open will bring back fond memories for Jazz, who was tied for the lead in the penultimate round last year before settling for tied sixth place.

“I was tied for the lead after the third round and on the last day, it was the first time I was in the last group on the Asian Tour. That experience really helped me a lot. If I have a chance to be in contention again, then I will definitely do better than last time,” said the 19-year-old Thai.

After taking a week’s break, the 20-year-old Tabuena, hopes to overcome the swirling winds and launch a title assault at the BANK BRI Indonesia Open.

“The course was playing easy on Tuesday but today it was a different animal. The wind will definitely play a huge factor this year. It is a bombers course because you can get away if you don’t find the fairway. But like every week, it will all come down to putting,” said Tabuena.

After losing in a three-way play-off at the Panasonic Open India last month, Perera, who is the son to Nandasena, a famous name on the old Asian circuit during the 1980s and 1990s, believes he can also contend for the title.

“I believe that everyone has a chance to win. It doesn’t matter if it is a long or short hitter. If you strike the ball well then you can do well. My game is in good shape and when my game comes together then nobody can stop me,” said Perera.