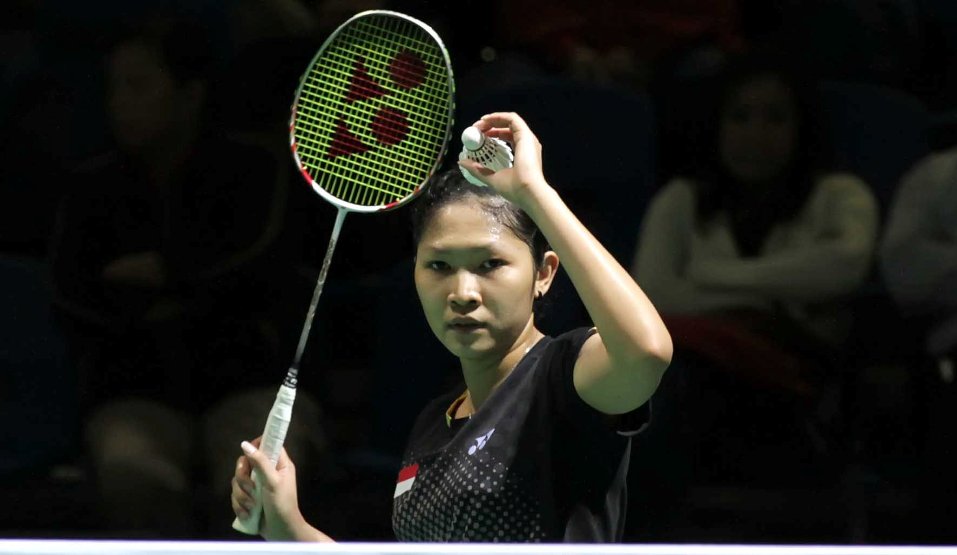 INDONESIA will be without women’s singles player Lindaweni Fanetri for the Axiata Cup semi-final in Kuala Lumpur on Saturday after she was ruled out with hamstring injury but the inaugural champions are losing no sleep over the setback as they have the biggest team in the 3rd edition of the tournament which carries a total prize money of USD1 million – making it the richest team event in badminton,

The 24-year-old third ranked Indonesian player picked up the injury while playing her first match in the tournament against Europe All-Stars on Tuesday – a day after arriving from Macau where she played in the Macau Open. Lindaweni won the first set against Scotland’s Kirsty Gilmour 21-18 and lost the second set by the same margin. She was leading 15-13 in the second when she felt a cramp in her left calf but carried on playing despite the pain. She retired without taking court for the rubber.

“The latest medical report I got about Lindaweni is that she has a hamstring injury. This effectively rules her out for the trip to Kuala Lumpur. Her injury is unfortunate but we have other up and coming younger players to carry our challenge in the semi-finals. It does not matter who we play in the semis.

“Indonesia are fully focused and our target is to win the title this year,” said Indonesia coach-manager Aryono Minarat after Indonesia beat Thailand in their last match on Wednesday.

Indonesia remained on top of the table with 24 points after seven matches following a 3-1 win over last year’s runners-up Thailand while Asia All Stars defeated the Philippines also by the same margin in the afternoon matches at the Britama Sports Hall in Jakarta on Wednesday – which secured them places in the semifinals.

Asia and Thailand are second and third respectively with 19 points – separated by games and points won. The third slot will be decided later tonight when Malaysian completed their final round robin match against Singapore. Malaysia while Europe All Stars will play Vietnam. Malaysia are on 15 points after six matches and also through but matches won will decide Malaysia’s position in the table standings.

A 4-0 win over Singapore will Asia, Thailand and Malaysia tied on 19 points each. The top two teams will be seeded. Their semi-final opponents will be decided through a draw later tonight.

Thailand coach Udom Luangphetcharaporn said the “battle in this year’s Axiata Cup starts now (semi-finals)” and Thailand will have to be wary of the opponents.

“We do not know who will be our semi-finals opponents but I believe we will be playing in far better environment in KL. The (badminton) hall in Jakarta is not conducive to some of the senior players. The draft is very strong and some of the seniors have struggled in their matches.

“It’s okay for the younger players…they have more energy. But our players like Boonsak (Ponsana) have struggled,” said Udom, referring to the World No 11’s defeat to Indonesia’s unranked rookie Anthony Sinisuka Ginting in the men’s singles match against Indonesia. The Indonesia won 9-21, 21-10, 21-10 in 43 minutes.

Udom is not buying anything in the semi-finals. Last year Thailand stunned Indonesia 3-0 in the semifinals after losing 3-1 to the Indonesians in the preliminary round.

“One player can make all the difference. Last year’s Malaysia brought in Lee Chong Wei for the final and we lost the final (3-1),” he added.

“It has been a very tiring tournament for me. I could not cope up with Anthony. He is a very good player, young and energetic and drained me out,” said Boonsak.

Hong Kong veteran Hu Yun, ranked No 8 in the world was also on the losing end when he lost to Antonio Benyamin Gadi (No 342) 15-21, 20-22 in his singles match – Asia’s only defeat in their 3-1 win over the Philippines.
RESULTS (Wednesday Dec 3)