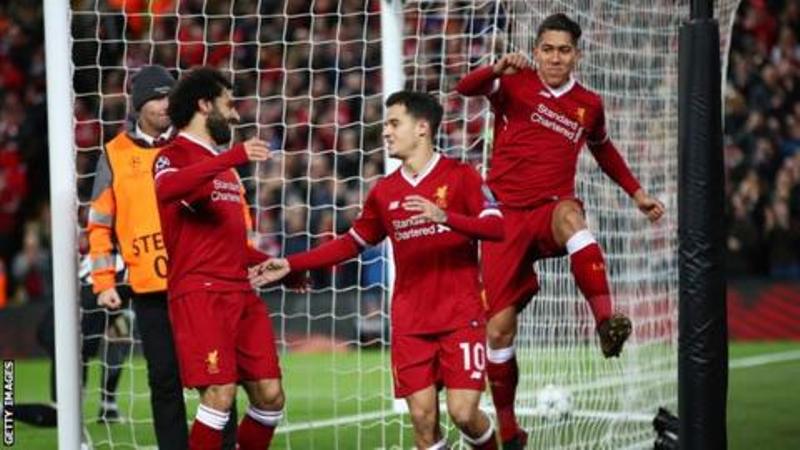 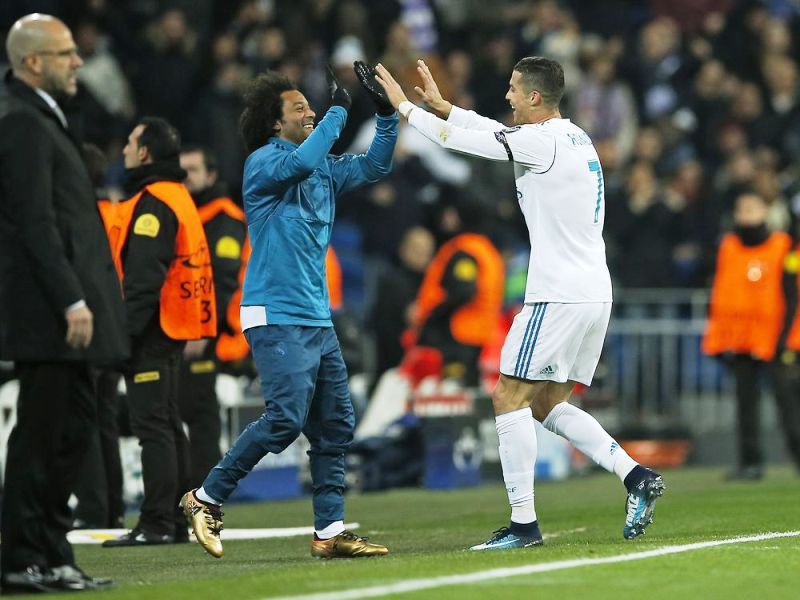 Philippe Coutinho’s hat-trick inspired Liverpool to score seven in their win over Spartak Moscow on Wednesday as they joined Sevilla, Shakhtar Donetsk and Porto in qualifying for the Champions League last 16.

That quartet completed the line-up on the final night of group-stage action that was also notable for another Cristiano Ronaldo goals record in the competition.

The Portuguese superstar scored his ninth in the competition this season in reigning champions Real Madrid’s 3-2 win at home to Borussia Dortmund.

In doing so, he became the first player to score in all six Champions League group-stage matches in a season while also equalling his Barcelona rival Lionel Messi’s record of 60 group-stage goals in total.

Liverpool have also been prolific this season, and their demolition of Spartak was the second time they had won 7-0 en route to finishing top of Group E — they beat Maribor 7-0 in October.

Jurgen Klopp’s side were 3-0 up inside 19 minutes on a night that saw their ‘Fab Four’ run riot — Coutinho got his first hat-trick for the club, Sadio Mane scored twice and there was one each for Roberto Firmino and Mohamed Salah.

“It’s really difficult when we go to the next gear and use the space. It was nice to watch tonight,” Klopp told BT Sportafter guiding the Reds into the last 16 for the first time in nine years.

As a result, there will be a record five English clubs in next Monday’s draw, and they will not be able to face each other.

Spartak’s defeat meant Sevilla were through regardless of their 1-1 draw with Maribor in Slovenia.

Maribor captain Marcos Tavares scored the opener, with Paulo Henrique Ganso coming off the bench to equalise for the Spaniards. Spartak go into the Europa League.

Ukrainian giants Shakhtar are through to the last 16 in Group F at the expense of Napoli after beating Pep Guardiola’s Manchester City — who had already won the section — 2-1 in Kharkiv.

Shakhtar only needed a draw, but took all three points, with Brazilian duo Bernard and Ismaily getting their goals.

Bernard’s opener was a beauty, but it was a mistake by City goalkeeper Ederson that allowed Ismaily to make it 2-0.

Sergio Aguero’s stoppage-time penalty handed a consolation to City, but this was their first defeat of the season and they have the Manchester derby this weekend.

Napoli had gone in front early on away to already-eliminated Feyenoord through Piotr Zielinski, but Nicolai Jorgensen equalised. Jeremiah St Juste then made it 2-1 at the death for the Dutch champions after they had Tonny Vilhena sent off.

“Now we want to go as far as possible in the Europa League,” Napoli captain Marek Hamsik told Mediaset Premium.

Porto also knew a win would take them through in Group G and the two-time European champions ran riot against a hapless Monaco, hammering last season’s semi-finalists 5-2.

Monaco replied through a Kamil Glik effort and a Radamel Falcao header against his old club, while Porto’s Felipe and Rachid Ghezzal for the visitors were sent off after an altercation in the first half.

RB Leipzig were forced to settle for a Europa League spot in their debut European campaign.

They lost 2-1 at home to group winners Besiktas, for whom Talisca scored a last-minute winner after Naby Keita had cancelled out Alvaro Negredo’s early penalty opener. Leipzig had Stefan Ilsanker sent off.

Real Madrid were already through before beating Dortmund in a Bernabeu thriller in Group H.

Pierre-Emerick Aubameyang scored a brace to haul Dortmund level, but Lucas Vazquez won it for the hosts as the Germans drop into the Europa League.

“The Champions League is a competition that I love to play and score in, as you can see,” Ronaldo told UEFA.com.