Between them, Portugal’s Carlos Lopes and the UK’s Paula Radcliffe won six individual world cross-country titles – five senior and one junior – during their careers.

Lopes did not mature into a world beater until he reached the age of 29, whereas Radcliffe was extremely successful as a junior. Otherwise, there is an extraordinary similarity between their international careers. They both made their names internationally at cross country, they came just short of a major global track gold, and then when they moved to the marathon, their performances astounded the world. 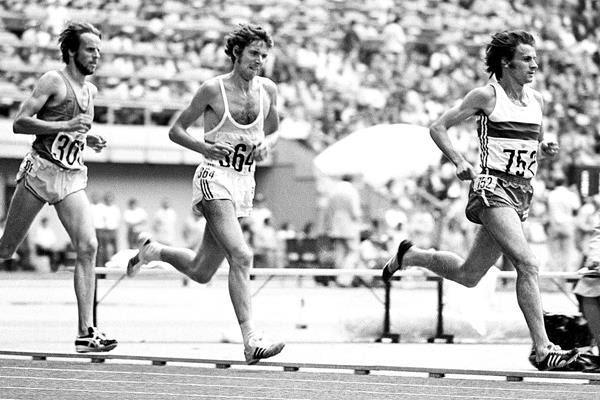 Lopes had competed at the 1972 Olympic Games, but it was not until 28 February 1976 that he took his first global title. That triumph came on the horse racecourse in Chepstow, Wales, where Lopes galloped away to the first of his three career golds at the World Cross Country Championships. He also ran to silver medals in two other editions of the World Cross.

Lopes has very kindly donated the Portuguese team singlet and shorts which he wore at the 1976 Montreal Olympic Games. He led the 10,000m final for most of that race, passing 9000 metres in 25:02.0, until with 450 metres to go Lasse Viren of Finland sped past to victory. Lopes crossed the finish line in 27:45.17, just 4.79 seconds adrift of gold. 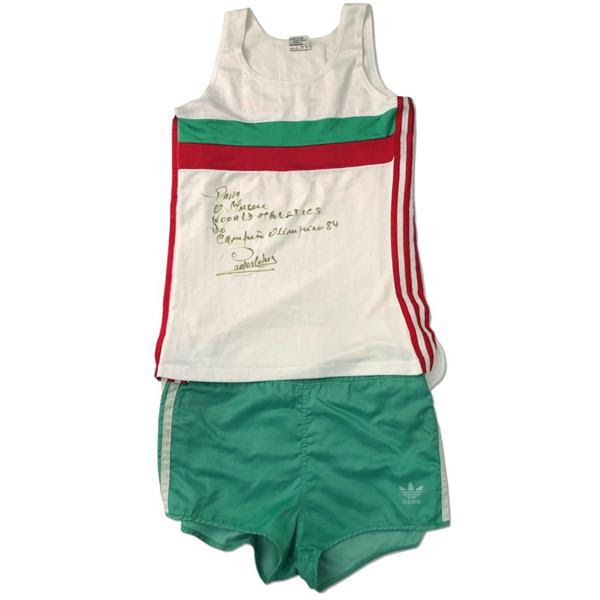 “This year marks 35 years since my world marathon record and my third world cross victory,” said Lopes. “It seemed the appropriate moment to contribute to World Athletics Heritage.

“I’m proud that my Olympic uniform joins a collection which already houses items from Nurmi, Zatopek, Viren, Gebrselassie, Tergat, Kipchoge. Cross country running, as it was for them, was the foundation for my running career. I hope my donation will help inspire and excite fans around the world about long-distance running.”

A largely snow-covered course in Boston, USA in 1992 brought Paula Radcliffe to international attention. There she slid to victory in the junior race of the World Cross Country Championships. 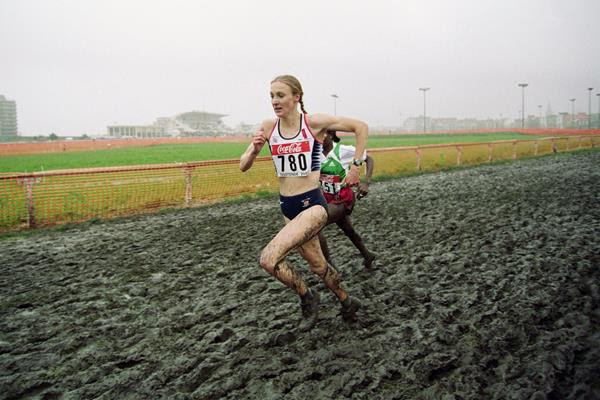 Radcliffe, the 2005 world marathon gold medallist and twice world record-breaker at the distance, like Lopes took one career silver medal on the track on the global stage. Radcliffe’s moment came over 10,000m at the 1999 World Championships in Seville, Spain. By then she had already taken two silver medals and one bronze at the World Cross Country Championships.

In 2001, Radcliffe won the first of two world cross country titles and the second of three world half marathon crowns.

She has now donated the spikes she wore during her mud-drenched victory at the 2001 World Cross Country Championships in Ostend, Belgium. “I was delighted in 2019 to loan my spikes to the Heritage Cross Country Running Display in Aarhus which celebrated the 200th anniversary of the birth of cross-country running,” said Radcliffe. “I am now very happy to donate those spikes to help permanently promote and support the magic and the importance of cross-country running. It is the most elemental and natural of all the athletics events and provides an excellent foundation for success across all running disciplines.”