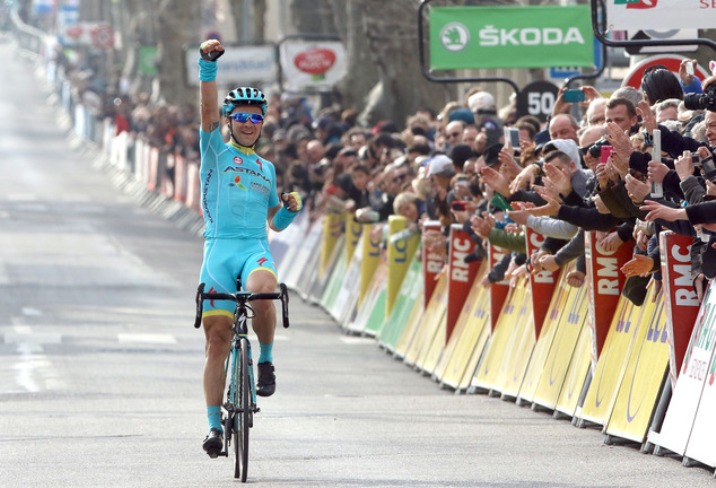 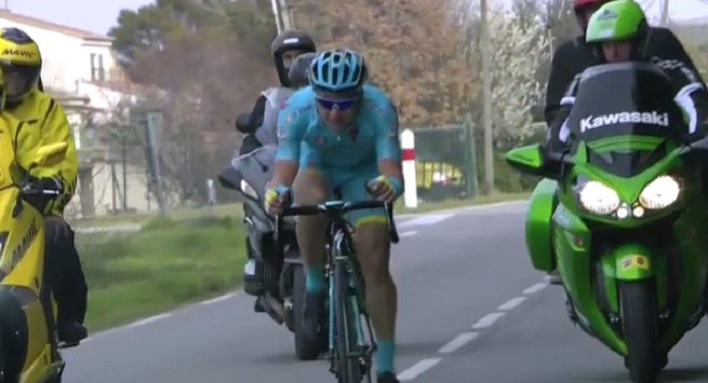 Kazakh rider Alexey Lutsenko came home alone to win the fifth stage of the Paris-Nice race on Friday and close the gap on overall race leader Michael Matthews of Australia.

Astana’s Lutsenko broke away from the peloton 28km from the line to cross 21 seconds ahead of the pursuing pack led by Norway’s Alexander Kristoff and Matthews.

Orica-GreenEdge rider Matthews remains in the leader’s yellow jersey after gaining bonus points by finishing in third, but Lutsenko moves up from 15th to second place just six seconds off the pace with two stages to go.

“I wanted to win, I wasn’t thinking about the yellow jersey. We’ll see for tomorrow,” said Lutsenko.

The mythical Mont Ventoux, with a climb two-thirds of the way up to Chalet Reynard in the first part of the race, did not decide the 198km stage.

Canadian Antoine Duchesne, among an early breakaway group, shook off his rivals 41km from the line but was caught and overtaken by former world junior champion Lutsenko, 23, in the final 20km.

“It was a hard day for everybody but I feel good,” said Matthews. “Not super but good. I don’t think anybody feels super after the first three days we had.

“I had noted this stage down as I was hoping we could get rid of the sprinters along the way but as we didn’t, we sat back and let the other teams do the work. The priority was then the yellow jersey more than the stage win.

“I’m not going to say I can win Paris-Nice but I’m going to give it everything I have. It’s already over for the green jersey, I won it, so now it’s all for the yellow.”

Saturday’s penultimate stage, the toughest of the week, will cover 177km between Nice and Madonne d’Utelle, taking in seven climbs, with a summit finish after a final 15.3km climb. – Agence France-Presse