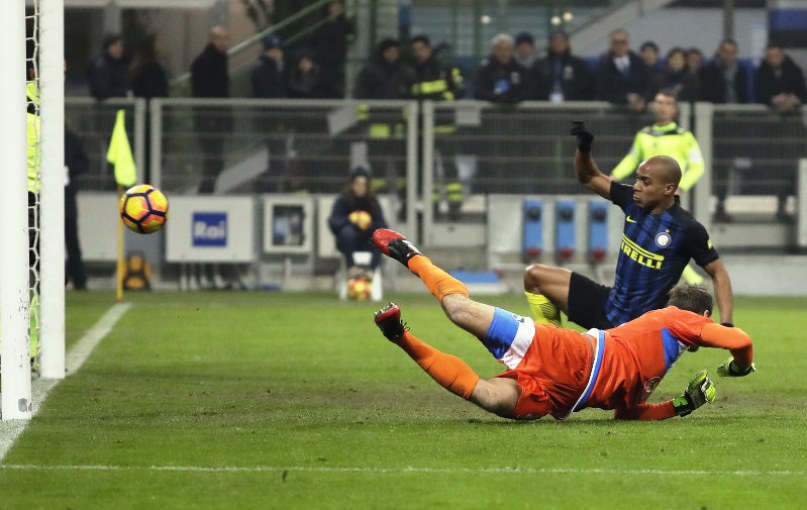 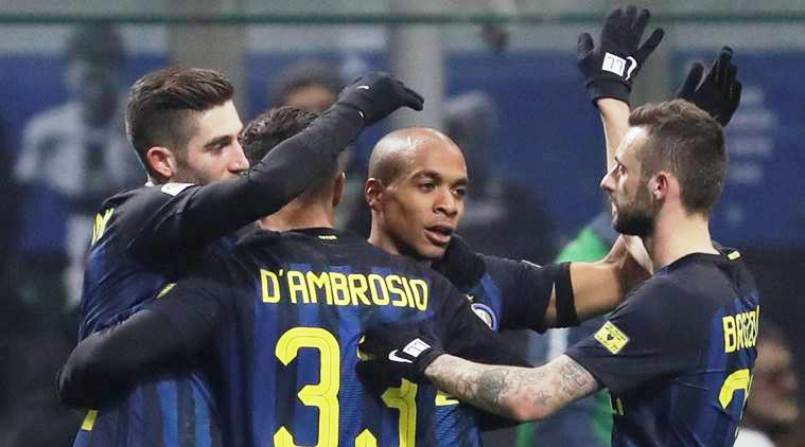 Inter Milan chalked up a seventh straight win to leapfrog stuttering Lazio and move into fourth place in Serie A Saturday after a comfortable 3-0 win over struggling Pescara.

The Italian top flight’s bottom side were buried by the interval as goals from right-back Danilo D’Ambrosio and Portuguese midfielder Joao Mario put Stefano Pioli’s much-improved Inter on cruise control.

Brazilian-born Italy striker Eder came off the bench to complete a comfortable win with just under 20 minutes left as Inter’s drive back to the top of Italian football continued to gather momentum.

In contrast, Lazio’s hopes of European football next season suffered a serious setback when they succumbed to a shock home defeat to mid-table Chievo.

Roberto Inglese’s 90th-minute strike, a scrappy close-range effort, saw the northern minnows snatch all three points at the end of an uninspiring contest at the Stadio Olimpico.

Having coped relatively comfortably with Lazio’s territorial domination, the visitors held out through a frantic five minutes of added-on time to claim a win that bolsters the buffer between them and the relegation battle.

For Lazio it was a second successive defeat after Simone Inzaghi’s squad’s tame surrender at leaders Juventus last weekend.

The top three are all in action on Sunday with the reigning champions Juventus travelling to Sassuolo looking to hold on to a one-point and one-game-in-hand advantage over Roma, who are at Sampdoria.