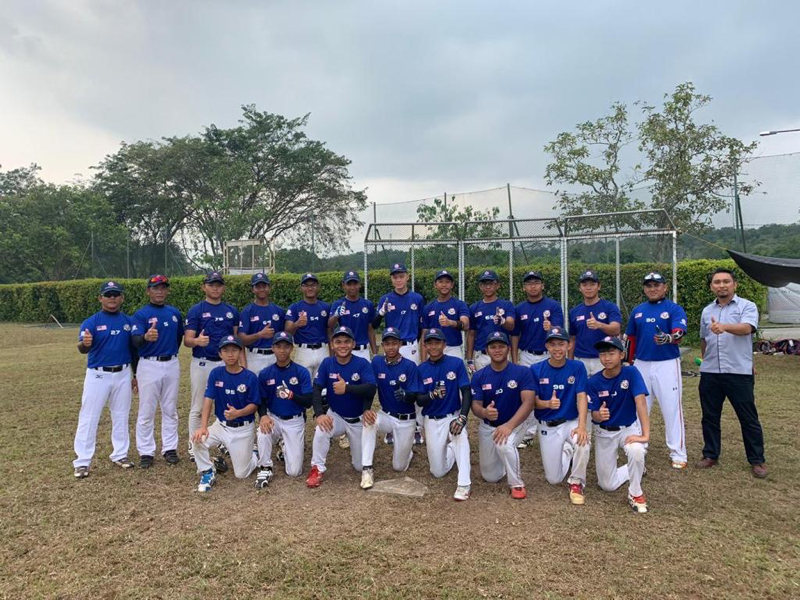 Softball Association of Malaysia (SAM) in collaboration with Softball Asia, will be hosting the inaugural Asia Cup Under-17 Men Softball tournament 2019, starting on Sunday at the University of Technology Malaysia, Skudai, Johor Bahru.

Softball Asia president Datuk Low Beng Choo thanked Japan Softball Association for their financial support to organise this renamed tournament, which serves as the qualifier for the WBSC World Cup Under-18 Men’s tournament in 2020.

“Softball Asia delegates decided unanimously at our Congress held in Kuala Lumpur on 5th December last year to have the qualifier as an Under-17 tournament, so that the players from the top two teams qualifying from here, may continue to play in the World Cup Under-18 next year in Palmerston, New Zealand,” said Low.

“This will ensure that continuity in development as teams who qualify would be able to start preparations early as there is an opportunity for all players playing here to play.

“It is indeed an honour for Softball Asia to organise this inaugural Asia Cup Under 17 Men Softball 2019 in collaboration with Softball Association of Malaysia. We are indeed grateful to SAM for standing in on such short notice to take over the challenging responsibility to be the local host,” added Low, who is also the secretary-general of the World Baseball Softball Confederation (WBSC).

Japan who are ranked second and third in the world of softball in the women’s and men’s category respectively, will surely start as favourites in this tournament, while the likes of Philippines and Thailand where softball has a huge following and played extensively, will be teams to watch out for.

The Malaysian team will certainly be looking forward to do well on home ground, but they have a challenge ahead.

The team was selected for training after the Malaysian Schools Sports Council (MMSM) championship in Perlis last month from 3rd to 7.

The first phase of training was held in Kuantan from Aug 14 to 17. From the 25 players called up from Perlis for the final selection, only 23 players turned up.

“We selected 17 players for the tournament in Johor from the 23 who showed up for the final selection. The 17 players have been in training under head coach Ong Siang Loon and his two assistants Lee Keat Seng and Zamuin Mohammed Yusoff at the tournament venue in Skudai from Sept 1,” said team manager Abdul Razak Abdullah.

“The players have been working very hard and are a dedicated lot, who have pledged to give their best. There are tough opponents who are superior to us and there are opponents whom we can match and even do well against. I am counting on the team to rise to the occasion and achieve a creditable outcome,” said coach Ong.

“It will definitely be a learning experience for many and the experienced gained will certainly help the team to grow and become stronger for the future.”

Among the notable players in the teams are batter Farhan Zikri Muhamed from Selangor, who was voted the best batter at the MSSM tournament in Perlis and pitcher Lee Ye Tong from Pahang who was named the best pitcher.