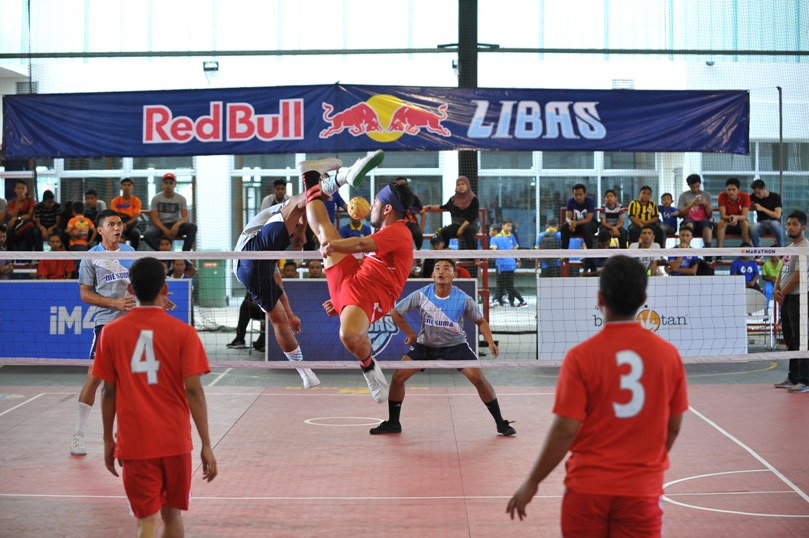 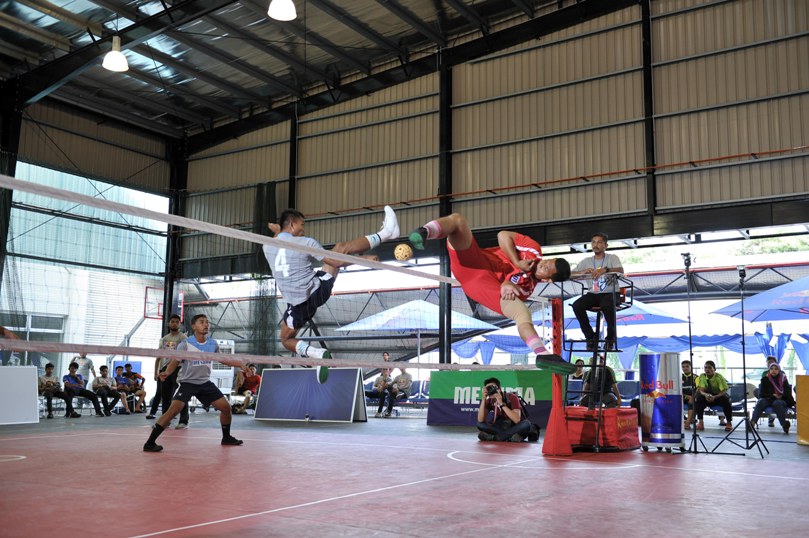 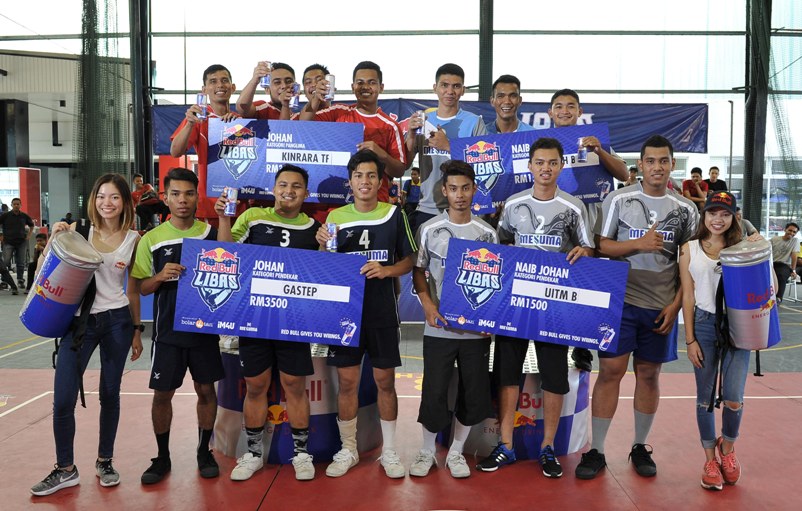 In a bid to keep our heritage sport, sepak takraw popular amongst the youth in Malaysia, Red Bull Product of Europe (Red Bull) has come-up with Red Bull Libas.

Back for its second year, the challenge was given a unique twist in its game format and scoring system to further help development of the sport as well as making it more challenging and exciting for both players and spectators.

This year’s edition of Libas saw 48 teams taking up the challenge and after intense group stage matches and making it through the finals, Gastep from Terengganu and Kinrara TF from Puchong emerged as champions in their respective categories.

With the new format, teams take on each other in a ten-minute match and as opposed to having a designated tekong, or simply known as the server, each player had to take turns to play the role.

This way, they will need to develop their skills further as this can be seen as a challenge to some players who are not used to being the servers. On top of that, the scoring system is time attack based, where the team with the highest score in ten minutes is the winner.

This made the game even more exciting and fast paced as teams are constantly on the attack in order to score within the time limit. Unlike the typical match where teams can score points regardless of who holds the server, only the team that holds the serve will be able to score. If they miss, the serve will be given to the opposing team. Offence must serve within ten seconds, whereby a delay in serve will result in a Yellow Card.

Despite all the challenges, Gastep came out triumphant against UITM ‘B’ (8-4) to be crowned the champion for the Pendekar category (16 to 20 years old), and Kinrara TF cruised to a 13-8 victory against Ar-Rasah ‘B’ for the Panglima category (21 to 25 years old).

“It was a heated match as the clock was ticking and we were really focused on scoring,” said Mohd Rahmad of Kinrara TF.

“Although we almost ran out of breath keeping up with the fast paced gameplay, it offered a fun twist to the way we traditionally play.” 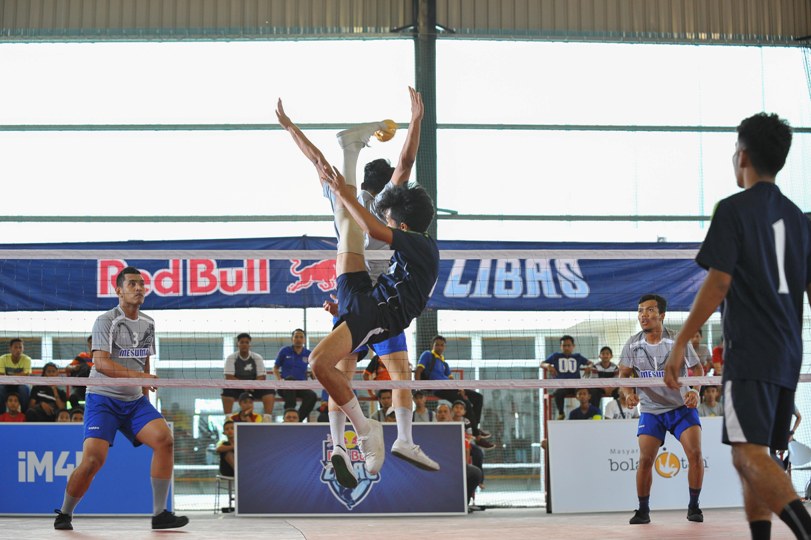 Earlier, Kinrara TF entered the semi-finals after defeating MPSJ 8-4 at the quarter- finals; followed by a 11-9 win against Awan Merah at the semi-finals. For the Pendekar category, Gastep battled their way into the semi-finals with a score of 16-4 against Budi, before scoring a 13-6 win over Awan Merah to secure a spot in the final round.

“This Red Bull Libas tournament really pushed us outside our comfort zone as we each had to play the tekong, compared to the usual format of us playing a specific role of the striker, feeder, or server throughout the game” said Fakrul Razi of Gastep.

“We are really excited by the challenge and hope Red Bull will continue to promote more challenges like this as there are not a lot of sepak takraw tournaments after school level.”

Regarded as a heritage sport, sepak takraw has been played centuries ago as a favourite pastime game. Due to the nature of the sport that is challenging for both mind and body, it subsequently became a competitive sport played not only in the region but also in America and Europe.

Although its origin is still being debated, especially in Southeast Asia, Malaysians take pride in declaring it a legacy that unites the hearts of the nation throughout.

However, today the sport is losing its popularity among the younger generation, and Red Bull – through Red Bull Libas – aims to reignite the interest in sepak takraw and hopes to see more youths pick up the sport.

With the intention to develop young and upcoming players to be high performing sepak takraw athletes, the sport was tweaked and fortified in terms of gameplay and scoring, making it more exciting, challenging and at the same time entertaining for not only the players but also spectators.