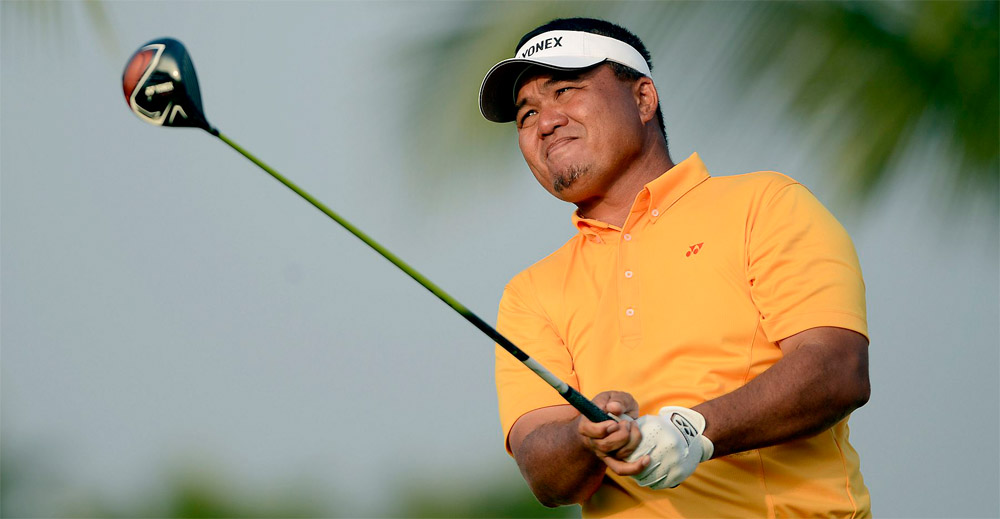 Singaporean veteran Mardan Mamat will mark another career milestone when he makes his 400th Asian Tour appearance at the US$300,000 Thailand Open which gets underway on Thursday.

The 49-year-old, who is a five-time Asian Tour winner, is only the second player to hit 400 Asian Tour events after Thaworn Wiratchant of Thailand.

“Throughout my journey on the Asian Tour, I have made friends from all over the world, some of them have retired and some are still playing. It is my pleasure to be playing on the Asian Tour. This is the Tour that I will always rely on,” said an emotional Mardan.

Mardan enjoyed a dream start to his professional career in 1994 when he scored a hole-in-one to claim a luxury car in his debut event at the Singapore Open. He went on to become the first player from the Lion city to qualify and play in the British Open in 1997.

His breakthrough victory came 10 years after joining the play-for-pay ranks at the 2004 Indian Open where he shot a final round 65 to become the first ever Singaporean to win on the Asian Tour.

The Singaporean waited another six years before securing his third win at the 2012 ICTSI Philippine Open where he led from start to finish to win by five shots. He triumphed again with a wire-to-wire victory at the 2014 Resorts World Manila Masters.

In the following year, he was victorious at the inaugural Bashundhara Bangladesh Open where he completed a wire-to-wire triumph for the fourth time in his illustrious career. He is currently ranked 12th on the Asian Tour’s career money list with total earnings ofUS$2,587,095.

On the eve of the opening round of the prestigious Thailand Open, Mardan was presented with a plaque to commemorate this career milestone by Asian Tour CEO, Josh Burack at the Thai Country Club.

“My most memorable win was at the 2006 Singapore Masters followed by the 2004 Indian Open which was my first Asian Tour title. This Tour has really given me a lot of good memories.

“I am fortunate to still be playing on the Asian Tour and I still love to compete until now. I hope to keep myself healthy, play my best golf and enjoy the rest of my golf career,” Mardan added.

In a glittering amateur career, Mardan won the individual title in the Putra Cup as an amateur in 1993 and helped Singapore lift the team title. He also won the 1994 Malaysian Amateur Open.

A well-respected player on Tour, Mardan hopes to grow the game of golf in Singapore after he retires.

“I would love to help Singapore golf and bring up new talents. I want to help youngsters who want to play at the highest level in golf. I would like to help the national team and share my experience with them. Hopefully all the younger golfers can play as many tournaments as me and Thaworn,” said Mardan.