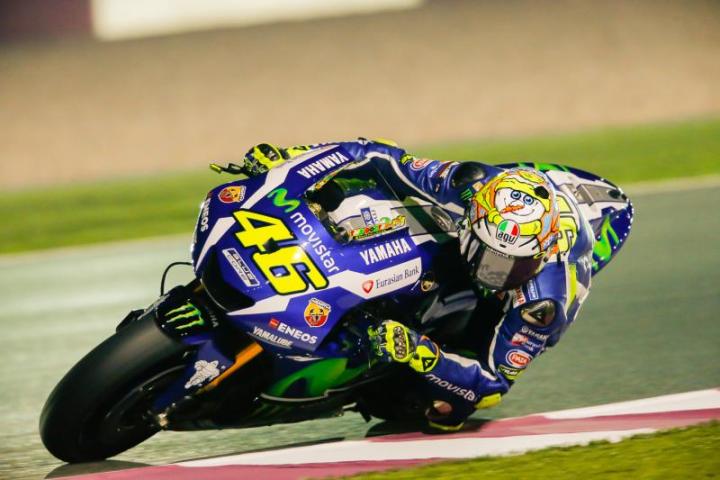 Marc Marquez extended his lead in the MotoGP world championship as he beat out title rivals Valentino Rossi and Jorge Lorenzo to claim victory at the Aragon Grand Prix on Sunday.

Spain’s Marquez started on pole, but had to overcame a minor error early in the race that saw him briefly slip down to fifth before claiming his fourth win of the season.

Victory for the two-time world champion ends a record run of eight different winners in the last eight races and was only Marquez’s second win since April.

Nine-time world champion Rossi has still never won in Aragon, but, despite starting from sixth on the grid, led with 15 laps to go after Marquez ran wide on lap three to slip down the field.

Marquez had been dominant all weekend, though, and again proved he had the fastest bike on the circuit as he reeled in Rossi before overtaking the Italian with 12 laps to go.

“I said stay calm, don’t wear the front tyre because I had the hard one and then step-by-step I got a good rhythm,” added Marquez.

“With Valentino I pushed for two laps and then when I saw the distance was enough (to pass) I just tried to keep that rhythm in front.”

Lorenzo suffered a crash in the warm-up before the race, but believes that misfortune ultimately aided him as he switched to a hard rear tyre at the last moment.

“Probably the crash from this morning made me finish second today,” he said.

“With the soft one I didn’t feel so good, so instinct told me to choose the hard one and that instinct made me a good result.

“I am very proud, we did our maximum in the race and finally we finished closer than we expected to the winner.”

Rossi was delighted with his start as he shot through the field. However, he didn’t have the pace to hold off Marquez and a breaking error two laps from the end ensured he couldn’t maintain the pressure on Lorenzo for second.

“It is a shame because two laps from the end I did a mistake in breaking and I had to go wide. If not we could fight for the second place,” added Rossi.

“Anyway the podium is ok.”

Binder finished second to Jorge Navarro, but did enough to extend his advantage to an unassailable 106 points with just four races remaining.

“Today we lost the battle but we won the war,” said Binder.

Rins was sixth to sit 39 points clear of Britain’s Sam Lowes, who moved up to third in the standings with his second win of the season. – Agence France-Presse