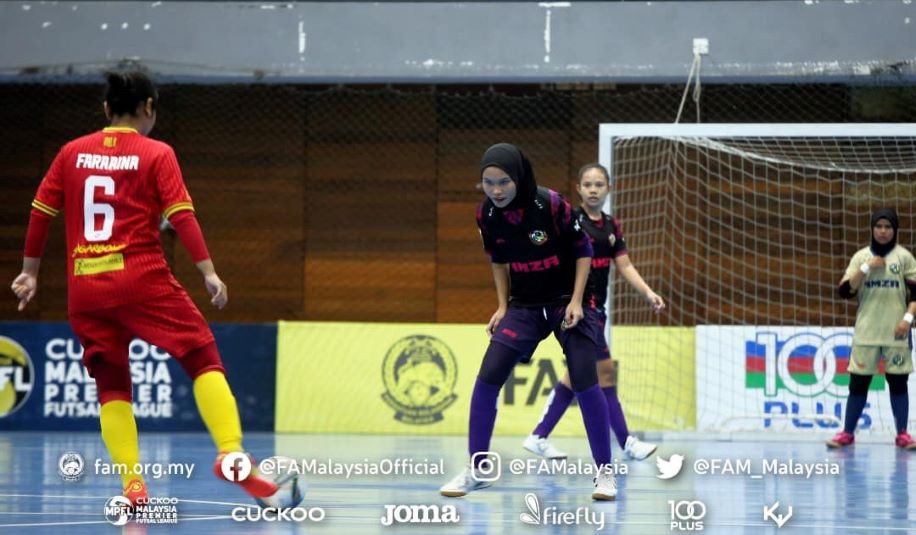 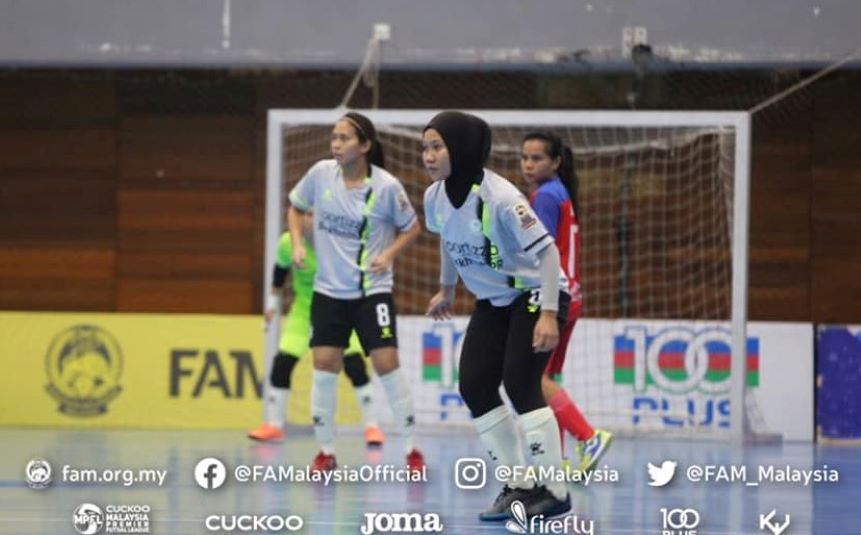 Selangor MBSJ are in the lead of the 2022 Cuckoo Malaysia Premier Futsal League (MPFL) Women’s Division heading into the last two matches of the season.

After eight matches played, MBSJ have remained unbeaten where they have amassed 22 points from seven wins and one draw while second is Melaka with just a point behind.

On the other hand, Melaka overcame PDRM FC 3-0 with a double from Nur Syafiqah (12th and 18th) and another from Intan Sarah Anisah (32nd) to keep up the pressure at the top of the standings.

Heading into the last two matches of the season, MBSJ will be up against PDRM FC tomorrow before taking on Melaka the day after.

Melaka will play KL-Prefer Cyberlynx prior to their match against MBSJ. 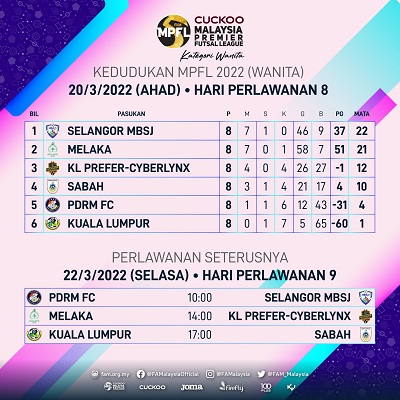