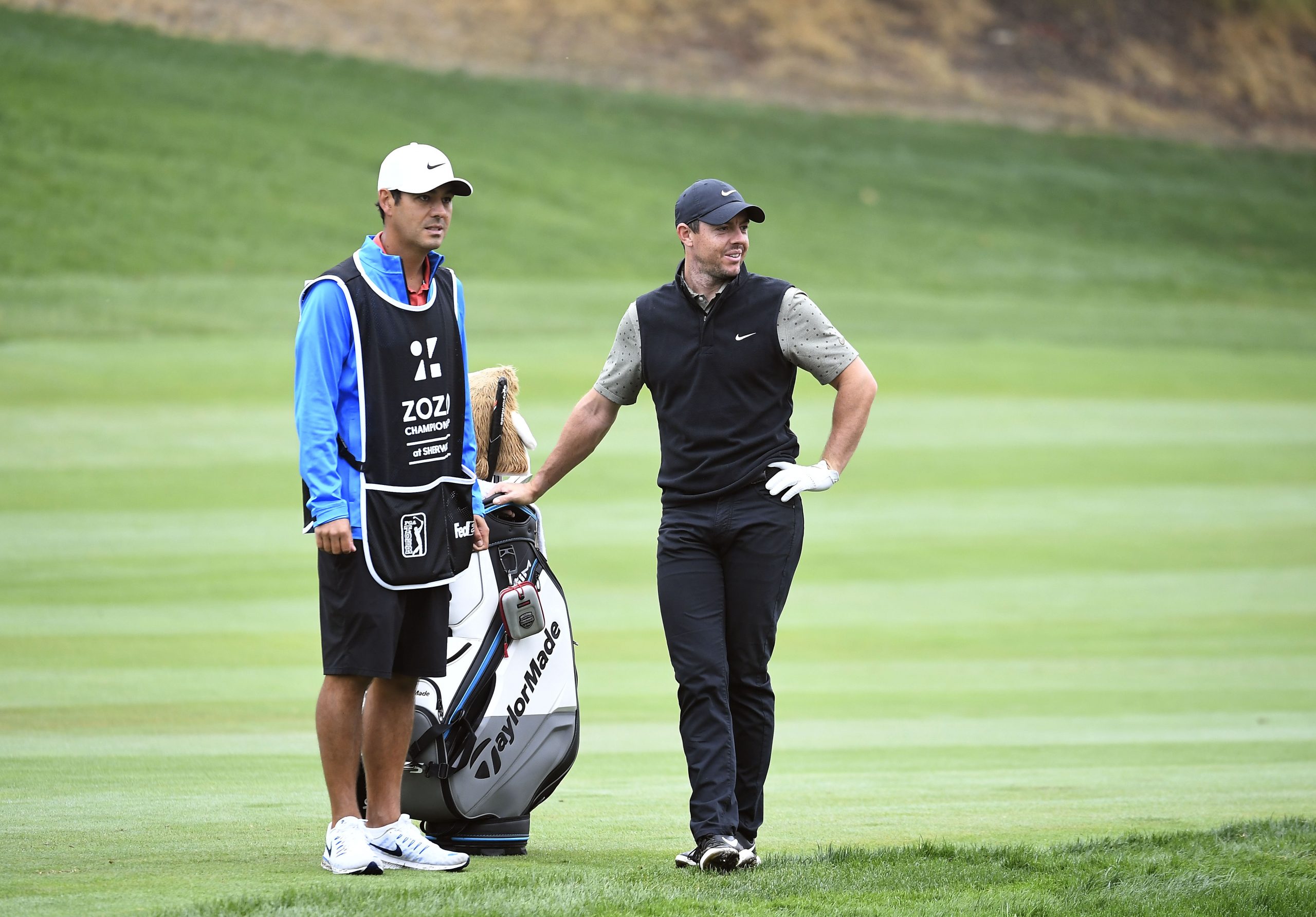 Rory McIlroy knows where his priority lies at the ZOZO CHAMPIONSHIP @ SHERWOOD this week, although he could easily be distracted by an opportunity to rewrite some golf history next month.

The Northern Irishman, who is a two-time FedExCup champion, cannot be faulted if his mind wanders off-track to the Masters Tournament which takes place in three weeks’ time and offers another crack for him to complete a career grand slam which only five golfers, including this week’s defending champion Tiger Woods and Jack Nicklaus, have achieved.

While McIlroy is keen to don the Green Jacket at Augusta National, he is intent on keeping his focus solely on the ZOZO CHAMPIONSHIP, which moved from its home base in Japan to Thousand Oaks, California due to Covid-19 and features a star-studded field including 28 of the top 30 from the final FedExCup points list last season.

“I mean, it’s four rounds, it’s an opportunity to win a PGA TOUR event. That’s sort of first and foremost what my focus is. It’s been a year basically since I’ve won, I haven’t won since China (WGC-HSBC Champions) last year,” said the 31-year-old McIlroy.

” It’s a great opportunity to try to get a win and get into contention and I think that would be a big step if I were able to. I haven’t really been in contention much since coming back from the lockdown. If I could get into contention this week and have a chance to win, I think that would be great for just the overall confidence. But obviously great looking ahead a couple weeks’ time and getting in a position where you’re having to hit shots under the gun and under that pressure of trying to win a golf tournament.”

McIlroy finished eighth in his defence of the FedExCup last season which saw him winning three times during the 2018-19 season, including the 2019 PLAYERS Championship and TOUR Championship.

As he admitted, his form since the Return to Golf in June has been patchy by his high standards, with only two top-10s to show for. Last week, he finished tied for 21st place at THE CJ CUP @ SHADOW CREEK, a Korean-based tournament which also moved to the U.S. this year due to Covid-19.

A return to Sherwood, which is located at the base of Santa Monica mountains and whose membership includes many A-list Hollywood celebrities, brings good vibes for McIlroy which he hopes to ride to his advantage as he seeks to end his year-long title drought.

“Yeah, I’ve got some good memories here. Playing Tiger’s (Woods) event back in the day, this was the first ever competitive round I played with Tiger was here at Sherwood, which was pretty cool, so remember that,” he said. “I’ve always enjoyed Sherwood. It’s a great venue for a golf tournament. Whenever this tournament was announced that it would be coming here instead of going back to Japan, I was excited. I think a lot of the guys were looking forward to playing it.”

Another top name whose adrenaline is pumping is Phil Mickelson, the 50-year-old veteran star who has taken the PGA TOUR Champions by storm after winning a second tournament last week in as many starts in the 50-over circuit.

The 44-time PGA TOUR winner is now eager to go head-to-head with the young guns in what will be his ZOZO CHAMPIONSHIP debut.

“I’m excited to be here and play in a great championship close to where I live,” said the Californian. “It’s a great golf course. I mean, in phenomenal shape. I’m excited to compete and come off of last week’s event on the Champions Tour and try to play, compete against the young guys. This is a fun opportunity for me. I seem to get a little bit of confidence and I’m hoping to bring that over into this event as well,” said Mickelson.

Matthew Wolff, who is amongst a new generation of young stars including Collin Morikawa and Viktor Hovland emerging on TOUR, is looking forward to playing alongside Woods in the opening two round for the first time in his fledgling career.

The 21-year-old grew up in a nearby neighbourhood and has already won once on the PGA TOUR and finished runner-up in two of his last three starts, including at the U.S. Open.

“Even though it would be awesome to see, I’m not focused on Tiger, I’m focused on myself and my game and I’m out here to win a golf tournament,” said Wolff, who possesses one of the most unorthodox golf swings in the game.

“You do want to impress him and you do want to play well in front of him, but at the end of the day, that’s not what I came here to do. I came here to win a golf tournament and if that happens, it happens. But like I said, I’m just going to take in the experience and enjoy myself because it’s going to be awesome playing a home course, especially with Tiger. I just think the way he carries himself and what he’s done for the game is pretty unbelievable. If he were to get 83 (wins), it would be pretty amazing for me to play beside him the first two rounds of the tournament that he did it.”