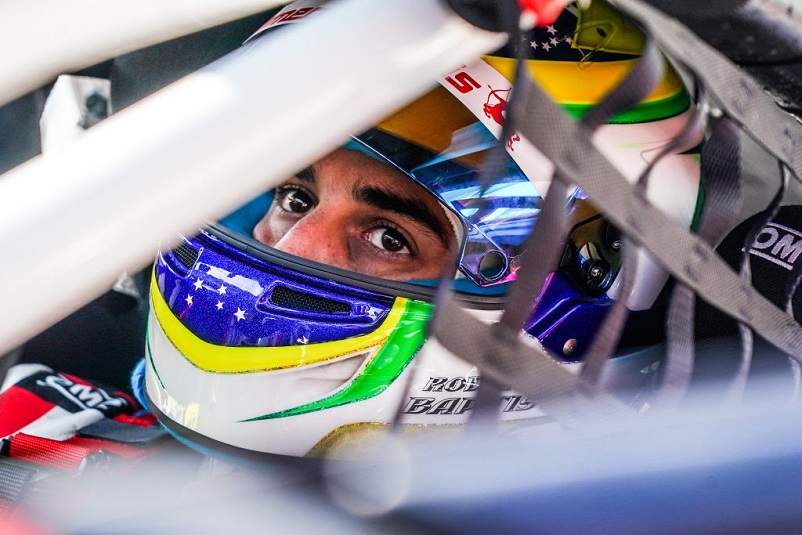 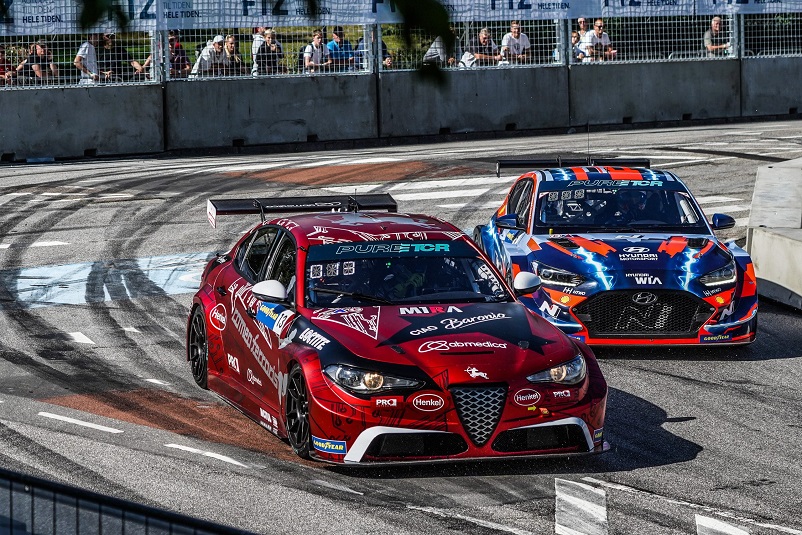 The world’s first all-electric, multi-brand, touring car title will be won at Pau-Arnos E-Circuit next Sunday as the PURE ETCR field gathers for a spectacular five-way showdown.

We sat down for a chat with each of the title contenders ahead of the finale to find out their thoughts on the season so far and on what’s to come in South-West France.

First up is Romeo Ferraris-M1RA’s Rodrigo Baptista, who achieved success in his native Brazil and North America in recent years, but who was largely unknown in touring car circles in Europe before 2021 – something he’s put right this summer.

After taking the Giulia ETCR’s first overall podium finish in PURE ETCR at MotorLand Aragón, ‘Digo’ has blended speed and consistency over recent events to arrive in France fifth in the standings ahead the title fight, while Romeo Ferraris-M1RA remain in the hunt for the Manufacturers’ crown too.

Rodrigo Baptista: “Yes. 100 per cent. I wasn’t really expecting to be fighting for the championship because I’d only done one day of testing before the first race – less than all the other teams and less than my team-mates – so I really wasn’t that familiar with the Giulia ETCR by Romeo Ferraris. I have a lot of experience of GT3 racing; heavy cars with lots of power, but even that didn’t help me so much because the Giulia ETCR is just so different to anything I’ve raced before; electric powertrain, no engine-braking, a very different type of tyre to what I’m used to… It takes some time to get comfortable, but I’m there now.”

RB: “Definitely Aragón, where I got the first overall podium for myself and for the team. We knew the car was good and had lots of potential at Vallelunga, but between that event and Aragón we made a big step forwards. To get my first Battle win and then finish third overall was just really good for all of us.”

RB: “The first Battle of the season at Vallelunga. I made a small mistake – one that I could have avoided. Because of that, I had some contact with Jordi Gené and got a penalty. Take that away and I think I maximised what was possible. I’d hardly driven the car and we weren’t at the same stage of the development process as the other teams. I definitely wasn’t expecting to be in the title fight after that – or to be the highest-placed driver in the team, so it shows what an amazing job everybody at Romeo Ferraris and M1RA has done to get us to where we are now.”

RB: “It’s hard to say one thing in particular because when you come into a new series with a brand-new type of car and a new race format, it’s all a challenge – nothing is familiar. The Battles are so short that just one mistake can ruin your chances, so you have to be 100 per cent with the concentration all the time. It’s really intense and really easy to make a mistake, but that’s the same for all the drivers; not just me. The Time Trial is probably the single hardest thing. At Vallelunga and MotorLand I didn’t use the 500kW power mode in practice, so the out-lap for the Time Trial was the first time I had the car in that configuration – pretty scary! With 500kW it’s a totally different racing car and it can bite you, as I found out in Hungary when I spun.”

RB: “I’ve watched the on-boards that the team have given me, so I’m getting a bit more familiar with the corners, but really not much. I tested at Varano since the Hungaroring meeting and the team has done another test there while I’ve been in Brazil, so we’re working on trying to start the weekend in good shape.”

RB: “Until a week or two ago I didn’t even realise that I was still in contention. It’s 76 points with 77 available so I know that realistically Mattias [Ekström] just has to finish the first Battle and that will mean I can’t be champion. But I won’t be worrying about the maths. I’ll just be focusing on doing my job, which is to try to be King of the Weekend. If I do that, then you never know what might happen. I’d certainly have a good chance of finishing in the top three and if we have a strong weekend as a team then we can still win the Manufacturers’ title. When you think that Romeo Ferraris-M1RA is an independent manufacturer, that the car didn’t do its first lap until March and that the other two manufacturers were developing for much longer and with much bigger budgets, you can see what an amazing job everybody involved with the project has done. We’ve made the most progress of any team across the season and the car is now at the point where I’m a lot more comfortable pushing it to the limit than earlier in the year. We’re in a position where we’re challenging to win every weekend and that’s a pretty amazing turnaround.”