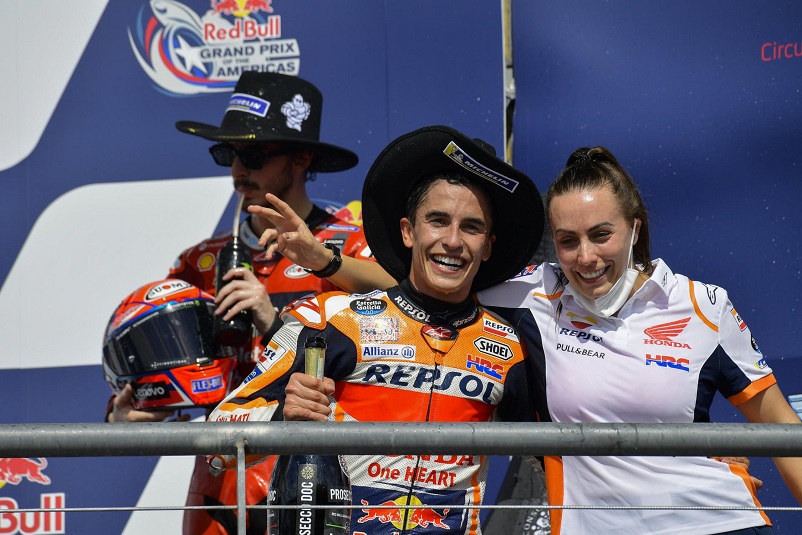 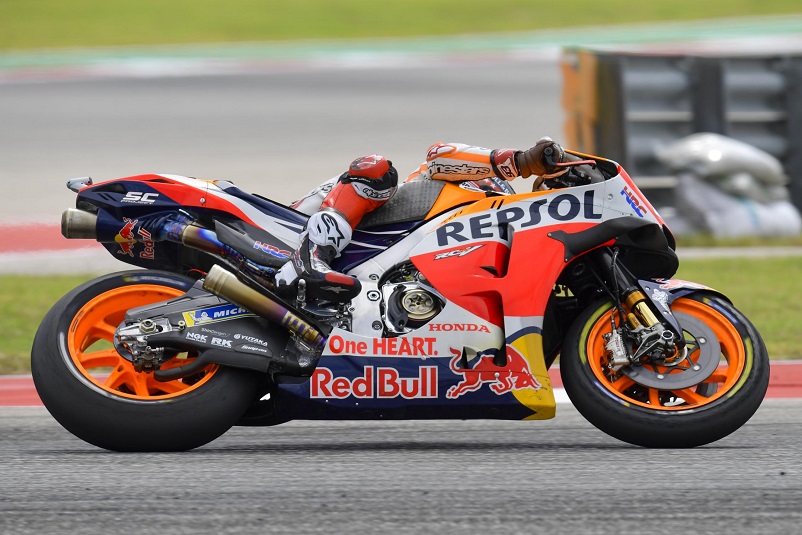 The King of COTA is back. A faultless display from Marc Marquez handed the Repsol Honda Team star a magnificent seventh win at the Circuit of The Americas, as the number 93 stormed to a second victory of 2021. Fabio Quartararo (Monster Energy Yamaha MotoGP) extended his World Championship lead with a second place at the Red Bull Grand Prix of The Americas, with third place finisher Francesco Bagnaia (Ducati Lenovo Team) now 52 points shy of the Frenchman with three races to go.

Plan A was executed to perfection by Marc Marquez from third on the grid, the number 93 grabbed the holeshot as Quartararo also got the better of polesitter Bagnaia. The latter then lost another place to the fast-starting Alex Rins (Team Suzuki Ecstar) on the opening lap, with Pecco then getting demoted to P5 as Jorge Martin (Pramac Racing) carved his way past on Lap 2.

Takaaki Nakagami (LCR Honda Idemitsu) was the first crasher of the race, the Japanese rider was sixth when he tumbled at Turn 12 on the second lap. Further back, Jack Miller (Ducati Lenovo Team) was making good progress on the hard rear Michelin tyre from 10th on the grid, the Aussie grabbed a two-for-one deal at Turn 12 to pass Brad Binder (Red Bull KTM Factory Racing) and Joan Mir (Team Suzuki Ecstar) on Lap 3 for sixth place.

After dispatching Rins, Martin was being a nuisance for Championship leader Quartararo, as Marc Marquez stretched his lead to a second for the first time. Miller, having passed teammate Pecco, was now ahead of Rins in P4 and was the man on the move. Bagnaia, in turn, was struggling to keep up with the top five in sixth. 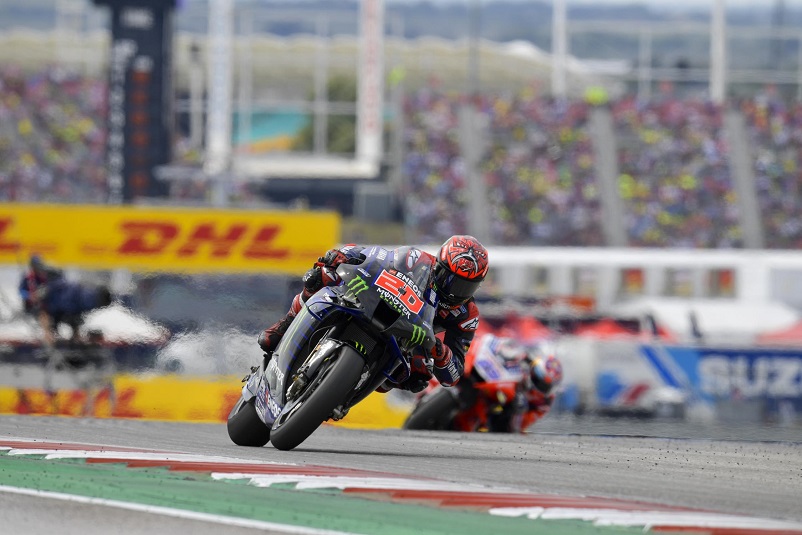 Lap 8 of 20 ticked by and a 2:04.368 was slammed in by Marc Marquez, his lead was now up to 1.5s over Quartararo. With 11 to go, that gap had been stretched to 2.3s, with Quartararo a second clear of Martin. Miller was half a second down on his fellow Ducati rider, and 1.3s behind was Pecco, who had started to find some rhythm – the Italian passing Rins.

Pecco then latched onto the back of teammate Miller, before the latter allowed Pecco through with every point in the title race absolutely critical at this stage, especially with Quartararo P2 with eight laps remaining. Now, the question was: could Bagnaia catch and pass Martin for third? With four laps to go, the gap was suddenly nothing, with Martin seemingly looking down at his dashboard a few times. Was Martin struggling, or were Ducati intervening? Well, it wouldn’t matter in the end, with Martin being handed a Long Lap Penalty for not losing enough time at Turns 4 and 5 when he had a front end moment.

In the end though, Captain America returned to reign once again in Austin. Marc Marquez gave Repsol Honda Team their 450th premier class podium with a classy ride at COTA, as Quartararo takes a second place that gives him his first match point of the season next time out at Misano. Bagnaia recovered well to claim P3, but its ground lost in the Championship chase.

The points scorers in Texas

Rins was able to finish P4 after profiting from Martin’s Long Lap Penalty, the latter unlucky to finish 5th after another fantastic ride. Sixth place went the way of Enea Bastianini (Avintia Esponsorama) who benefits from a clash between Mir and Miller on the final lap, with the Rookie of the Year battle close between Martin and Bastianini heading into the final three races.

Not for the first time this season, the two came together which left the pair angrily exchanging words after The Americas GP

A dream return to COTA for Marc Marquez then, the King returns to reclaim his Austin crown. Equally as happy is Quartararo, a 52-point advantage means he can win the 2021 title next time out at Misano.