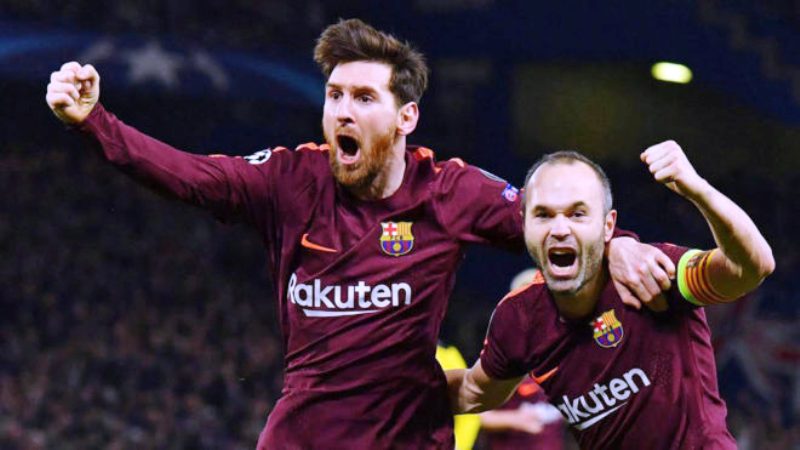 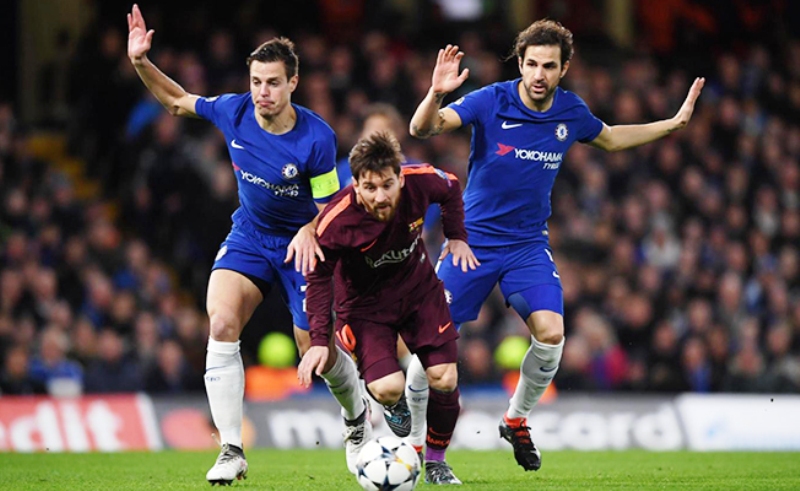 Chelsea manager Antonio Conte rued one costly mistake as Lionel Messi gave Barcelona the upper hand from the first leg of their Champions League last-16 tie by salvaging a 1-1 draw at Stamford Bridge.

Messi struck for the first time in nine games against Chelsea 15 minutes from the end, as Andres Iniesta punished the English champions once more when he intercepted Andreas Christensen’s slack pass across his own box to tee up the five-time World Player of the Year.

Willian’s fine strike just after the hour mark had put Chelsea in command after he had hit both posts in the first half.

Chelsea must now score when they travel to the Camp Nou on March 14 to have any chance of making the last eight.

“Against this opponent, this type of player like Messi, (Luis) Suarez, Iniesta, if you make a mistake you pay,” said Conte.

“There is a bit of disappointment. But at the same time this game must give us a lot of confidence to trust that in the second leg the qualification is open.”

Nine years on from combining for a stoppage-time equaliser in a highly controversial semi-final at Stamford Bridge to send Barca to the final, Iniesta and Messi swapped roles as this time the Spaniard provided the pass and Messi the finish.

“We failed to create clear-cut chances despite having domination of the game. In the end it came from an error from them and we took advantage,” said Barca coach Ernesto Valverde.

“It is a good score given we were behind and clearly there is everything left to decide in the second leg.”

Conte sprang a surprise before kick-off by leaving out both Olivier Giroud and Alvaro Morata with Eden Hazard instead operating in the middle of a front three.

And it was Hazard who sent the first warning that Barca were in for an uncomfortable evening when he fired just over from 20 yards five minutes in.

Chelsea constantly tried to surround Messi with three or four blue shirts to limit the Argentine’s threat, but he dug out a cross to the far post where an unmarked Paulinho headed Barca’s best chance of the first-half wide.

Barca then went on to dominate possession, but the visitors lacked penetration and were lucky to go in level at half-time.

Willian scored twice from outside the box against Hull City in the FA Cup on Friday, and was inches away from another long-range stunner when he curled onto the post from 25 yards with Marc-Andre ter Stegen beaten in the Barca goal.

Barca had kept six clean sheets in their previous seven Champions League games, but once again had good luck rather than good defending to thank four minutes before the break when Willian hooked another effort from outside the box off the woodwork.

“Willian could have had a hat-trick — but we go home sad because a fantastic performance is not a fantastic result,” Chelsea’s former Barca midfielder Cesc Fabregas told BT Sport.

“We have to go there to attack and score because 90 minutes defending at the Nou Camp is an eternity, it is a suicide mission. We have to play our game.”

Barca appeared to have restored order early in the second period, but failed to learn their lesson of Willian’s danger from the edge of the box.

A short corner was worked into the Brazilian’s path and he arrowed a low shot past the rooted Ter Stegen.

However, Barca remain unbeaten in 31 La Liga and Champions League games under Ernesto Valverde thanks to a late rally.

Christensen’s dangerous ball across his own box was a gift for an old scourge of Chelsea in Iniesta and Messi made no mistake by sweeping low past Thibaut Courtois for his 28th goal of the season. – Agence France-Presse