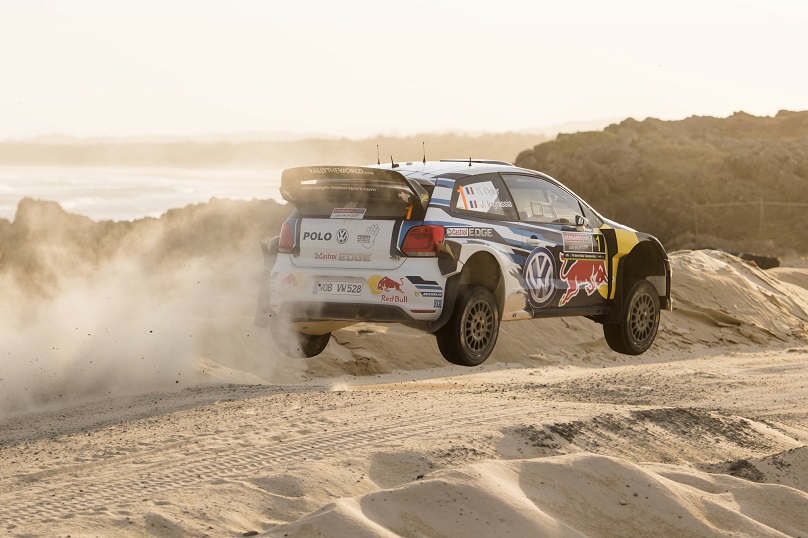 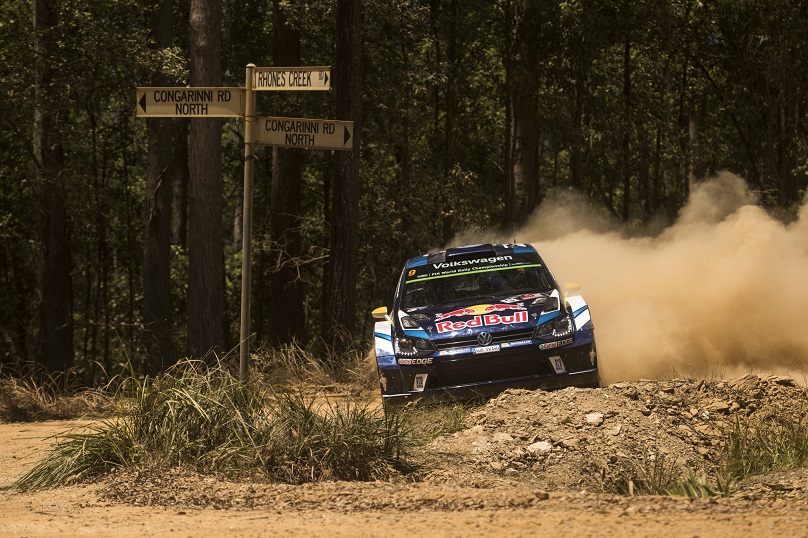 Andreas Mikkelsen remains on track to end his Volkswagen spell with a win after a gruelling day in the sun.

He kept world champion Sébastien Ogier and Hayden Paddon at bay during a sweltering day on the shire roads of New South Wales. However, a bizarre problem in the final country speed test slashed his advantage to just 2.0sec with one day remaining.

His 12.0sec lead was almost erased when his Volkswagen Polo R’s clutch pedal was bent and pushed down on the brake pedal. Mikkelsen drove more than half the 14.84km stage with the brakes on and conceded 9.2sec to Ogier.

Mikkelsen said, “I cut a corner like I had lots of others. There was a bang and I think a rock must have hit under the car and bent the clutch pedal across the brake. I had to drive the rest of the stage with the brakes on. We used a ratchet strap to bend it back into place.”

Failure to win this final round of the FIA World Rally Championship on the German manufacturer’s last appearance would likely see Mikkelsen fall short in his efforts to overhaul Thierry Neuville in their fight for the runners-up position.

Paddon was first to attack Mikkelsen in the opening Nambucca test. The Kiwi relegated Ogier to third after a stirring drive through the 50.80km marathon.

When it was repeated this afternoon Ogier piled on the pressure, demoting Paddon and closing on Mikkelsen before the Norwegian’s drama.

Road opener Ogier was worst affected by thick gravel on the roads this morning. The same tracks were cleaner this afternoon, but with the thermometer climbing above 35°C tyre wear became an issue for all drivers.

Paddon ended 10.0sec behind Ogier in his Hyundai i20, but team-mate Neuville fell away from the podium battle. The Belgian regretted choosing hard compound tyres when traction was at its worst this morning.

Despite overshooting a junction in hanging dust, Dani Sordo climbed two places to fifth. He relegated Eric Camilli in the opener and Mads Østberg later.

Østberg eyed Neuville’s fourth place but mid-leg set-up changes affected the handling of his Ford Fiesta RS and he fell back.