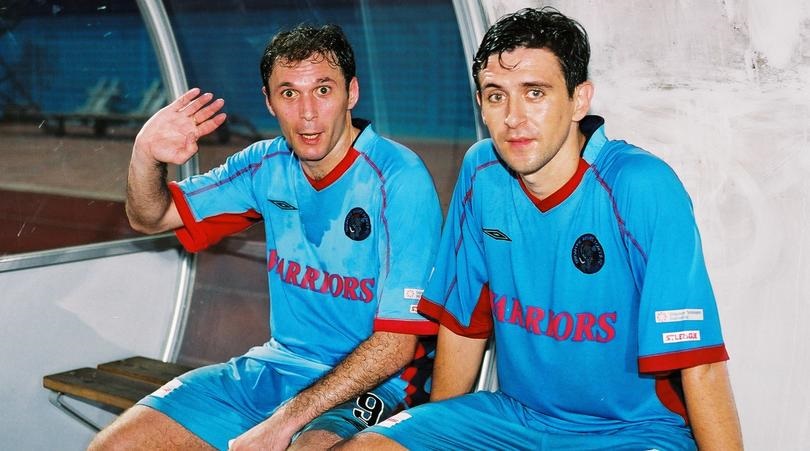 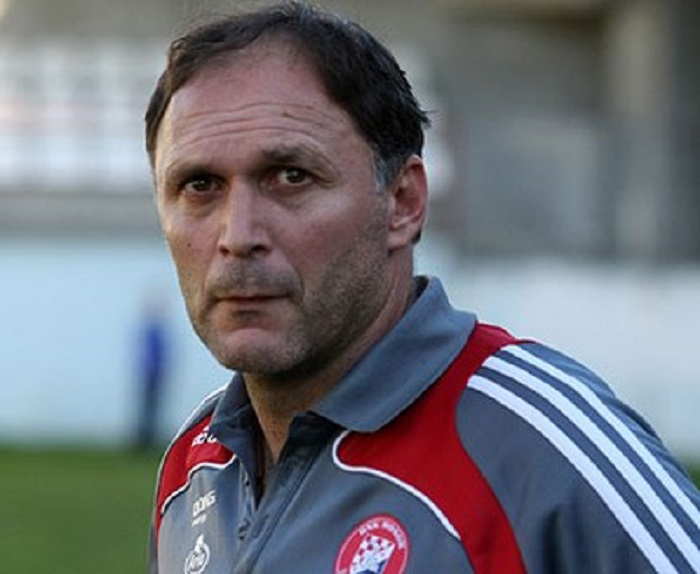 THE return of a legend striker back as head coach of Warriors Football Club has tongues wagging furiously for Mirko Grabovac.

Nine-times S-League champions Warriors have their act in correct military order. After a disappointing 2017 season, they want the 46-year-old Croatian to replace Razif Onn as head coach on an initial, one-year deal because “we want a European-style training programme”, says general manager Paul Poh, who just returned home after a tour stint with Bundesliga club Borussia Dortmund.

The Warriors finished a lowly fifth out of nine S-League teams, which was an unacceptable return for the last Singapore winners of the domestic championship. Their 2018 target will secretly be a cabinet of trophies with the S-League title as the top priority.

Unfortunately, Grabovac is hot hottest soup now. His footballing credentials are top-of-the-class and coaching credentials, too, since hanging up his boots in 2008, rather immaculate in his birth nation, with leading Croatian clubs NK Imotski, NK Mosor and NK Junak Sinj. 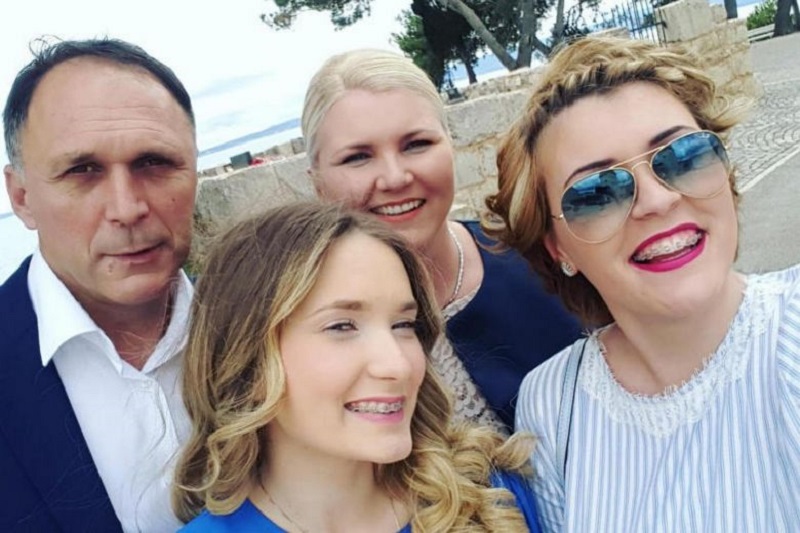 He is a Singapore football legend as during his professional stint from 1999 to 2008, he banged 218 S-League goals, won five Golden Boots and four S-League titles, picking up the top-scorer award in the first four seasons as Warriors FC won the 2000 and 2002 S-League titles. He later switched to Tampines Rovers, winning the 2004 and 2005 S-League titles and accumulating 83 league goals from 2004 to 2007.

His only “crime” for which he has been recently lambasted by critics is in renouncing his Singapore citizenship in 2008 to return to Croatia to be reunited with his family.

Raymond further argues that “there are many others in Singapore who have been stateless, or who have been trying to get the Permanent Resident (PR) status only to be rejected over and over again…there are also other Singaporeans with foreign spouses whose applications for permanent residency or a long-term visit pass are being repeatedly rejected without reasons given”.

Grabovac arrives with his family on Friday (January 12) and wants to start on a clean slate, with no thoughts on the recent negative publicity. He has signed a formal one-year contract with Warriors.

“I don’t want to talk about my achievements as a player because I’m now a coach,” he told The Straits Times. “Warriors are a big club, so we must work together to achieve something, maybe a trophy. I’m very motivated to do well with my former club.”

He believes he can bring back the glory days to Warriors and get them to regional success in the AFC Cup, too, with a new-found brand of attacking football. He says: “I like attacking football but [to play] attacking football, the team must have good technique and good fitness. Fitness is most important because if you are fit, you are not going to be easily injured and you make less mistakes on the pitch.” 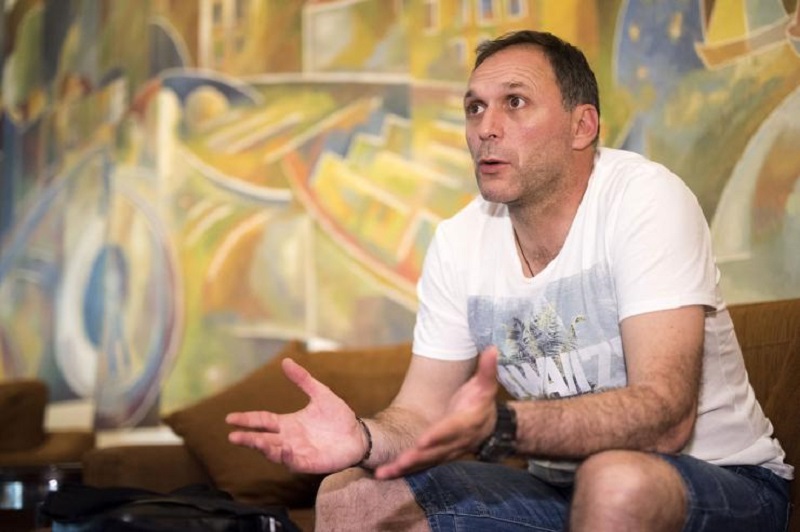 Gravobac will be joined by fitness coach Marko Skomrlj at the Warriors, while the long-serving Razif will remain at the club as head of youth development. The Warriors are starting to assemble a handy squad for 2018, having captured the likes of Khairul Nizam, Gabriel Quak and Shamil Sharif and retaining consistent Japanese centre-back Kento Fukuda as one of their two foreign imports.

Maralla Bernard-Rozario, a family friend of the Grabovacs, says she “sympathises with Mirko for renouncing his citizenship”. She adds: “Few know that he was very heart-broken then with an ailing father, close to his death-bed, and staying away from wife (Katarina) and teenage daughters (Lucija and Karla). He left Singapore close to tears after seriously putting family values first to return to Croatia. Please understand that he’s a loving family man and sincerely saw the critical need to be there with them.”

For the record, Grabovac was among the maiden batch of footballers under the Foreign Sports Talent (FST) Scheme in 2000 in the hope of boosting the national team. But it was not until 2002 that a few selected individuals were naturalised, including Brazilian Egmar Goncalves and British Daniel Bennett. (The two ‘G’s – Grabovac and Goncalves – have renounced their citizenship).

The feelings of the FAS coaching community and among the S-League fans are generally mixed with due recognition given to his professional credentials as an outstanding player and coach.

Former Warriors’ award-winning coach and former national coach Vincent Subramaniam describes Grabovac as a “terrific player”. Adds Vincent, who was two-time S-League title-winning coach with Warriors FC (then known as Singapore Armed Forces FC) from 1997-98, and the S-League’s ‘Coach of the Year’ for both seasons: “Now Mirko has been given a chance to prove himself as a coach. Only time will tell but I’m confident that as a passionate football-loving Croatian, with coaching experience now under his belt, he will do well as he is very familiar with the Singapore-style and culture.”

Former SNOC ‘Coach of the Year’ 1981 Jita Singh, who always advocates giving home-grown coaches priority in the S-League and NFL, says “Mirko comes with distinguished football credentials and a good ‘smell’ of the ground”. He adds: “Warriors have stepped up their standards to a ‘European-style training programme’ and after visiting a number of Bundesliga clubs during the pre-season, they welcome back a former Warriors’ legend.”

Jita is disheartened because there are 27 AFC (Asian Football Confederation) Pro-Licence coaches (the highest AFC coaching badge) and several of them have moaned and groaned about the lack of career opportunities given by the FAS to consciously use their teaching skills in the field of play.

“This is something the FAS has to seriously address especially in slotting in these coaches at national youth development age-group levels to give them the longer-term confidence to take on higher appointments,” he says. “If you don’t use them, then why push them to the highest AFC coaching certificates? Offering on-the-ground coaching experience is crucial to further help them in their coaching advancement.”

Hougang United FC head coach Philippe Aw, one of the rising home-bred coaches, acknowledges Mirko’s “playing experience and coaching in Europe” and wishes that he be judged on his coaching credentials and not on the past episode o the Croatian renouncing his citizenship, 10 years ago.

Home United head coach Aidil Shahrin, another promising home-grown talent, says: “I’m a bit sensitive to comment deeper about Mirko as he is a fellow coach. But as a player, he was superb with value-add experience but that cannot guarantee be can bring good result at Warriors. Last season, they had good players. I have no idea of his coaching background but if he’s doing well there, why does he want come back here?”

Singapore Ex-Internationals manager Richard Wong recollects his acquaintance with Grabovac in 2008, when he joined S-League newcomer Sengkang Punggol as player-coach. But he struggled with the Beep Test at the age of 37 and opted to go back to Croatia to be with his parents, wife and two daughters.

Richard says: “As a player, a former Croatian national youth player who played in the European junior championships, he got tremendous class. As a coach, I was with him at Sengkang Punggol for half a season and must salute him as a great motivator. He always chose the right players to fit in his game plan. As a striker himself, he loves to attack!”

He further reiterates that “Mirko did not commit a crime here”. He adds: “He got his reasonable reasons for leaving Singapore. He needs to put food on his family’s table in Croatia.  We must respect it.  He didn’t commit any crime here. I believe it’s right for Warriors to give him another chance to earn a living and to help Singapore football.”

In my opinion, with football standards at its lowest, the S-League struggling to make a crowd-winning impact in its 23rd season and the Lions’ at its miserable FIFA ranking of 172, Grabovac’s return to Singapore, a familiar home ground, must be welcomed as he brings in positive dynamics, especially in encouraging attacking play as his coaching ideology.

Fandi Ahmad always says football is about scoring goals. And pounding the back of the net has been Grabovac’s forte, with a 244 total making him as the second-highest goal-scorer in the S-League till today.  The only blemish perhaps was his failure to score a competitive goal in 12 appearances for the Singapore national team after taking up citizenship in 2002.

Judge him over the positives over the negatives: Please don’t fault him for the 2008 renouncing of his citizenship. He hung up his boots after 20-odd years of professional football, and now is distinguishing himself, rather naturally, in coaching, too.

In my books, he brings a long overdue welcome breath of fresh air and the S-League needs an iconic role-model to fire up more youngsters to the art of attacking football and scoring goals.

Grabovac is like a footballing ‘Rambo’, a likeable hero to show the way in the right direction.  He deserves a chance.

As Warriors general manager Paul Poh reiterates: “We’re bringing him back on his merit coaching credentials, taking to account the fire-brand attacking strengths he has shown to Singaporeans. He’s the right-fit for us.”

Thank you, Warriors, for boldly offering a past legend a one-year initial coaching contract in order to get a whiff of long overdue success at the Choa Chu Kang Stadium. – SURESH NAIR.