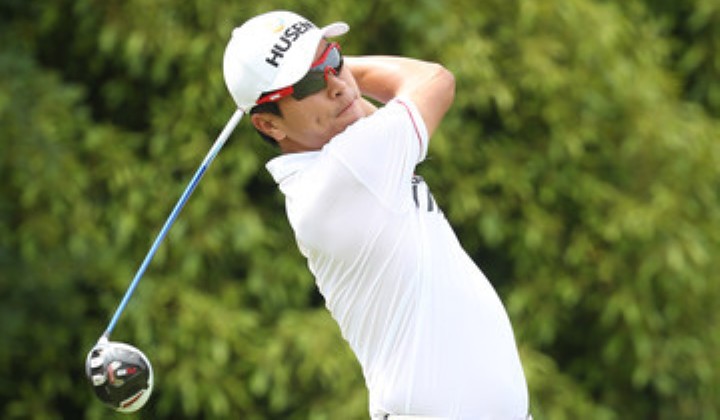 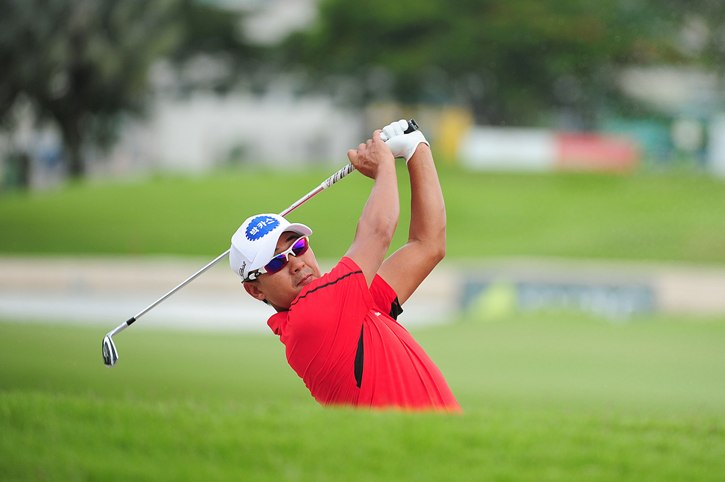 Moon Kyongjun from Korea secured the halfway lead today in the GS Caltex Maekyung Open – the event he triumphed in last year.

He shot a four-under-par 68 at Namseoul Country Club to lead the OneAsia event on nine-under-par 135.

His countryman Park Sanghyun fired a 70 to sit two behind in second place.

Australian Michael Sim is in solo possession of third, a further shot behind, after coming in with a 69.

The tournament’s star attraction Kim Kyungtae from Korea, who last weekend beat Daisuke Kataoka of Japan in a playoff at The Crowns for his sixth title since winning the Singha Corporation Thailand Open on OneAsia last June, is joint fifth, five back with compatriot Kim Bio and Kim Hyungsung.

Kyungtae, now 48 on the Official Golf World Rankings, shot a 69 while Bio returned a 71 and Hyungsung 73.

Moon triumphed last year in a thrilling error-strewn finish for the first victory of his career.

Moon’s win was more than 10 years in the making, and at times a tortuous journey that saw him beat a debilitating mental disorder that literally sucked his breath away during tournaments.

Holding a four-shot lead over playing partner Gareth Paddison from New Zealand on the final hole, Moon stumbled home with a triple-bogey seven but still won by two shots.

His victory helped him on his way to winning the OneAsia Order of Merit with earnings of US$ 224,953.