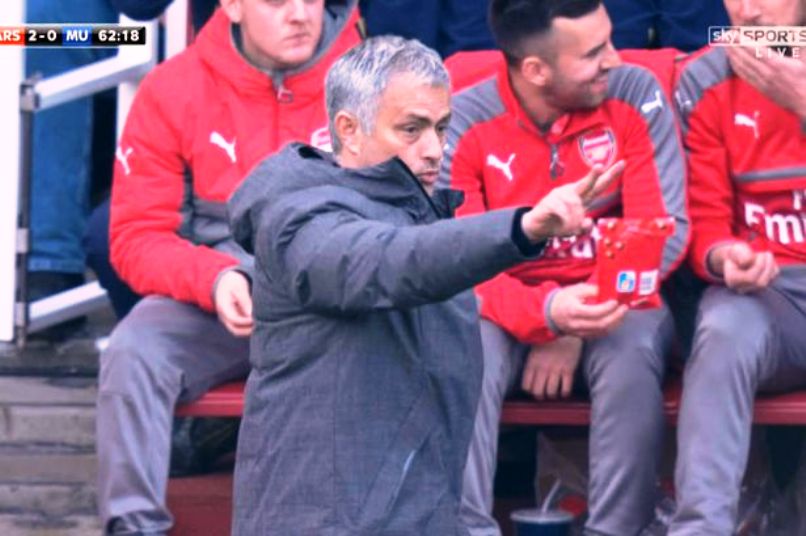 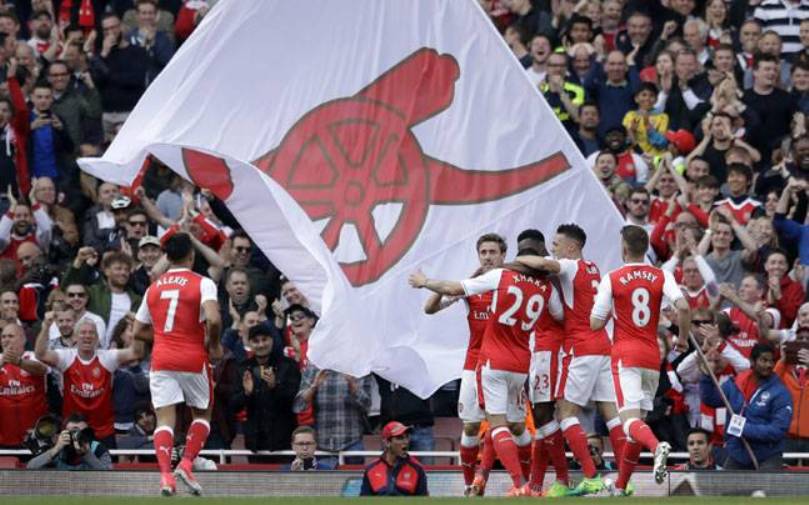 Manchester United manager Jose Mourinho stoked the embers of his rivalry with Arsenal counterpart Arsene Wenger after his side’s damaging 2-0 defeat at the Emirates Stadium.

Second-half goals by Granit Xhaka and United alumnus Danny Welbeck earned Arsenal victory on Sunday as Wenger overcame Mourinho in a Premier League game for the first time in 13 attempts.

Mourinho had claimed that “peace” reigned between himself and Wenger prior to the game, but he questioned the Frenchman’s poor record against him afterwards and accused him of putting unfair pressure on the fourth official.

“Arsenal fans are happy and I’m happy for them,” said Mourinho, whose side had been unbeaten in 25 league games.

“Finally today they sing, they (wave) their scarves. It’s nice for them.

“It’s a big club. You think I enjoy a big club like Arsenal not winning big trophies? I’m not enjoying that. But today I tried to win.

“Arsene Wenger is not a small manager. He’s a big manager. To have that record of winning so many matches (against him) and not losing is something that is not normal. Normal is win, lose, draw. It’s not normal.

“I really don’t care about it. And today, no problems. We shook hands before the game, we shook hands after the game.

“And during the game I didn’t like what I never like: he puts too much pressure on the fourth official all the time.”

In further digs, Mourinho accused Wenger — misleadingly — of playing with a “defensive block” and “a line of five defenders”.

Addressing the press before Mourinho, Wenger had played down the significance of his first league victory over the Portuguese.

“We have had many draws as well and there were some fantastic teams that we played against,” Wenger said. “It is not manager against manager.”

Wenger was also in sarcastic mood, but in his case he was talking about the penalty that Liverpool were awarded — and squandered — in their goalless draw at home to Southampton earlier on Sunday.

The day’s results enabled Arsenal to close to within seven points of third-place Liverpool, on whom they have two games in hand, beginning with Wednesday’s trip to Southampton.

“We still have a chance mathematically and we need some help as well from teams around us,” Wenger said.

“I watched the (Liverpool) game and I’ve seen the penalty given by the referee (for a handball by Jack Stephens). It was very nice.”

United are two points above Arsenal in fifth place, having played a game more, and now trail fourth-place Manchester City by four points.

Mourinho made eight changes from Thursday’s 1-0 win over Celta Vigo in the away leg of United’s Europa League semi-final, notably awarding a full debut to 19-year-old defender Axel Tuanzebe.

The tie concludes this Thursday and with United then facing a taxing trip to second-place Tottenham Hotspur, Mourinho said his side’s chances of qualifying for the Champions League via the league were over.

“Impossible,” he said when asked about United’s hopes of finishing in the top four.

“I don’t think so, for two reasons. Because I don’t think the others, playing one match per week and being in a great situation, are going to blow it.

“I don’t think we have any chance of finishing top four in the Premier League. We have to chase the Champions League by trying to win the Europa League.” – Agence France-Presse