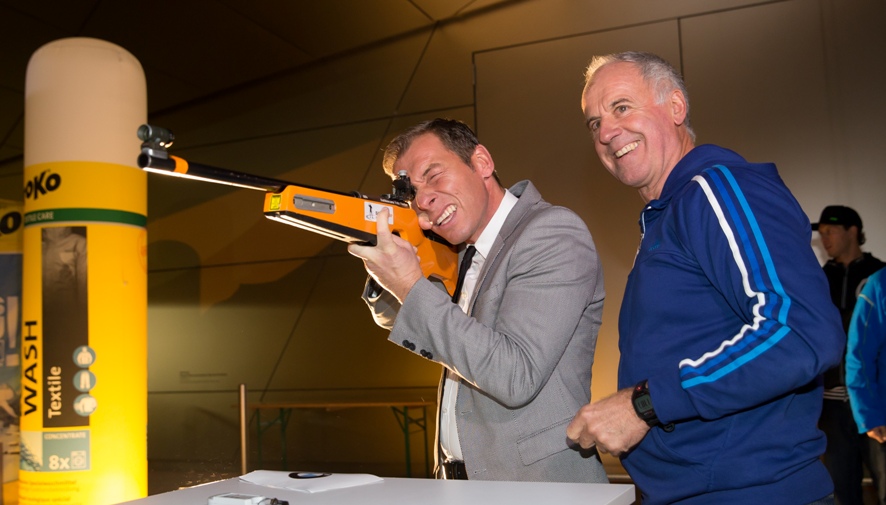 Since the 2010/11 season, BMW has been the main sponsor of the IBU World Cup Biathlon. Now it’s time for the next step in BMW’s commitment to one of the most popular winter sports in Europe: As the Official Title Sponsor, BMW will be the most important partner and will lend its name to the BMW IBU World Cup Biathlon. When the starting pistol gets the new season underway on 29th November in Östersund in Sweden, BMW will be much more present in all areas around the races than in previous years.

As well as being the title sponsor, BMW will also be the “Official car partner of the BMW IBU World Cup Biathlon and the IBU World Championship Biathlon”, as well as the “Official Presenting Sponsor of the IBU World Championship Biathlon”. Together with the IBU and its marketer Infront, BMW has helped devise a new marketing concept, which, as of this season, will guarantee optimised visibility of the partners and a new brand identity.

Friedrich Edel, Head of Sports Marketing BMW Germany said: “Over the years the biathlon has become a spectacular event in Germany and in Europe, delighting people both at the course and following on television. All of us have cheered so often when our favourites have battled for every hit at the shooting range and for every second on the cross-country skiing trail. The biathlon captivates its fans with its combination of precision, technique and endurance. These characteristics fit the BMW brand perfectly and make the sport an excellent platform for us. We are looking forward to this much closer cooperation with IBU going forward.”

“It’s extremely valuable for our sport to have a strong partner such as BMW at our side,” said Nicole Resch, Secretary General of the International Biathlon Union. “For years BMW has demonstrated its exceptionally high value as a partner and sponsor through its intensive commitment to winter sports – as well as other sports. You can tell that sponsoring sport is not just business for BMW, but rather it is close to its heart.”

The BMW IBU Biathlon World Cup season comprises a total of nine stages, including the two tradition-steeped German venues Oberhof and Ruhpolding, which have been the highlights of the season alongside Antholz for years now. The IBU Biathlon World Championships take place from 3rd to 15th March 2015 in Kontiolahti in Finland.