Home International We need to find our way back to our performance in 2014,... 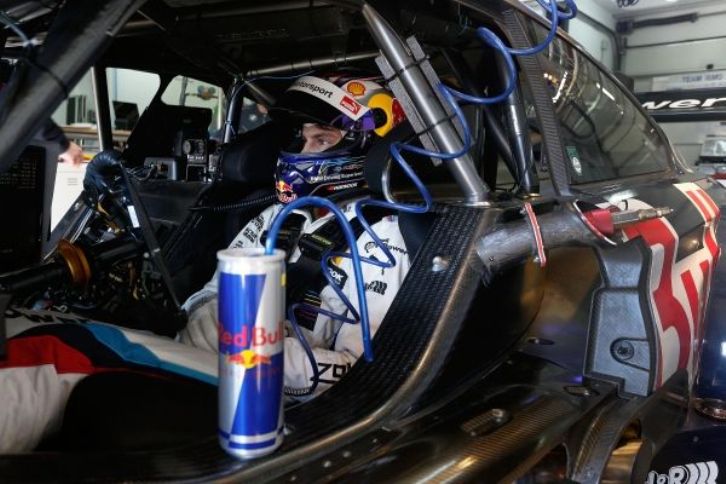 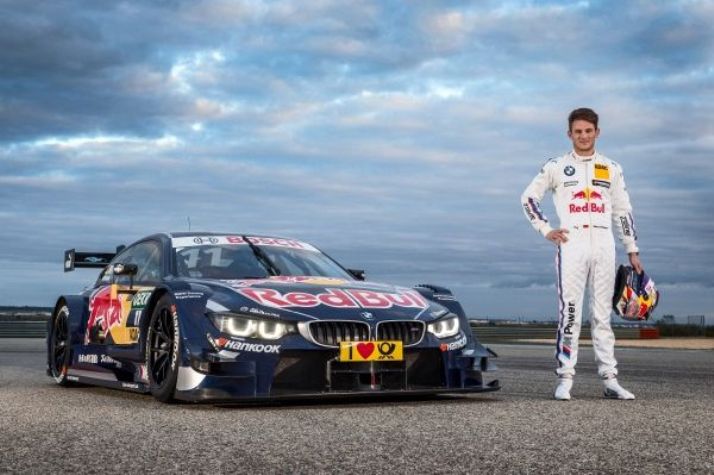 When the new season of the DTM gets underway in Hockenheim (DE) on 7th May, BMW Motorsport will be represented by Bruno Spengler (CA), Marco Wittmann (DE), António Félix da Costa (PT), Timo Glock (DE), Augusto Farfus (BR), Tom Blomqvist (GB), Maxime Martin (BE) and Martin Tomczyk (DE) in the cockpits of the eight BMW M4 DTMs. Until then, we will introduce each of our BMW DTM drivers as part of a series of interviews.

You attended the BMW Centenary Event at the Olympiahalle with many of your BMW team-mates on Monday. How did you find it?

Marco Wittmann: “It was an impressive event. BMW put on a really impressive show for the spectators in the hall. My team-mates and I were very proud to have been there in person. We were particularly curious to see the concept vehicle BMW VISION NEXT 100. On the stage, we were able to see the BMW engineers present the car of the future up close and personal. The technical ideas and the design are fascinating.”

The test in Monteblanco at the end of February kicked off the intense phase of preparing for the coming season for you. How great was it to be back in the BMW M4 DTM after the winter?

Wittmann: “Really great. After the long winter break, there was great anticipation. We had two good days of testing, during which we were able to get through a lot of our testing programme. I finished the second day with the second-fastest time, which was very positive. For me personally, it was also fantastic to sit in the car with the new Red Bull colours. I’m starting a new chapter with this design in 2016. Now it’s time for the fitness week with all of the BMW DTM drivers, and then come the tests in Hockenheim. But we will only see how strong we are compared with our rivals during the first race.”

What does the Red Bull brand make you think of?

Wittmann: “When you hear Red Bull, you initially think of the bulls on the can. Everyone has this image in their mind, and that is what most people think of when they hear the name. However, you also think of the many sporting disciplines in which Red Bull is involved. Naturally this also includes extreme sports, which only really became known through Red Bull’s involvement. I think that is something special.”

Why is your new premium partner a good fit for you?

Wittmann: “In a similar way to Ice-Watch: It is a recent, well-known brand, which suits me very well as a young driver. Red Bull has many athletes in its squad, and I am proud to also be one of them now.”

Red Bull and Sebastien Vettel were partners for a long time. You raced against each other in the past didn’t you?

Wittmann: “I remember a kart race in which I competed with Sebastian. It was my very first kart race and he was already about to be promoted to the next class. The race was held in Kerpen. Naturally he was faster since I had never taken part in a kart race.”

What are your dreams for your motorsport career after winning the DTM title in 2014?

Wittmann: “Naturally 2014 was a fantastic year, and my aim is to pick up more titles. 2015 was more difficult, and I didn’t manage to defend my title, but the motivation is there to be champion again in the future. I want to win more races, and ideally be crowned champion at the end of the season.”

With a finish rate of 97 percent, you are the DTM driver with the fewest retirements. Is that just luck, or can you explain it?

Wittmann: “I don’t think it’s just luck. Naturally, you need a little bit of luck in certain situations, for example, to avoid getting caught up in accidents at the start of the race. But it also depends on the approach that you take. You need to have a clear head during overtaking manoeuvres, and also realise that sometimes there isn’t a gap that you can squeeze into. Then it is better to wait until the next lap to try. My past shows that I do well with that. I didn’t have very many retirements or accidents in the junior categories either.”

Where do you, your team and BMW need to improve to be fighting for the DTM drivers’ title again in 2016?

Wittmann: “Firstly, it has to be said that we are the only manufacturer in the DTM to have won at least one title every year since our comeback. I think that speaks for itself. But to be up there in the running for the drivers’ title again in 2016, we need to try to find our way back to our performance in 2014. Particularly in qualifying, where it’s all about the pace of the car. I think that is crucial in the DTM; if you are at the front, you have better chances of picking up plenty of points. With that in mind, the focus is clearly on improving the performance of the car and being able to make even better use of the potential of the BMW M4 DTM.”

You are involved in the GT racing programme once again in 2016 and will drive the BMW M6 GT3. What is your impression of the car?

Wittmann: “I drove the BMW M6 GT3 in the 24 Hours of Daytona. Even though a technical defect forced us to retire, I felt the great potential. It’s normal for there to be a few hiccups with a new car at the start, but my first impressions are very promising and mean I am looking forward to the coming races.”

You will contest the Nürburgring 24 Hours for Schubert Motorsport alongside Augusto Farfus, Jörg Müller and Jesse Krohn in the BMW M6 GT3. How do you feel about this team?

Wittmann: “I think we have a great mix in our team. I know Augusto and Jörg really well from previous years. They are fantastic race drivers with an incredible amount of experience. And in Jesse we have a very talented driver, who has already proved his class on the Nordschleife. I’m sure that we will deliver a very good performance with this line-up. And the same is true for the drivers of the other BMW M6 GT3s.”

Do you prefer to drive a car on your own, like in the DTM, or as part of a team, like in GT racing?

Wittmann: “They both have their appeal. Naturally as a driver, I like having a car in which every last detail is customised to my needs. Which is the case with my BMW M4 DTM. However, during an endurance race, the particular challenge is finding compromises to the set-up that allow every driver to get fast lap times. I really enjoy both challenges and am grateful to BMW Motorsport for the opportunity to compete in GT racing as well as the DTM.”