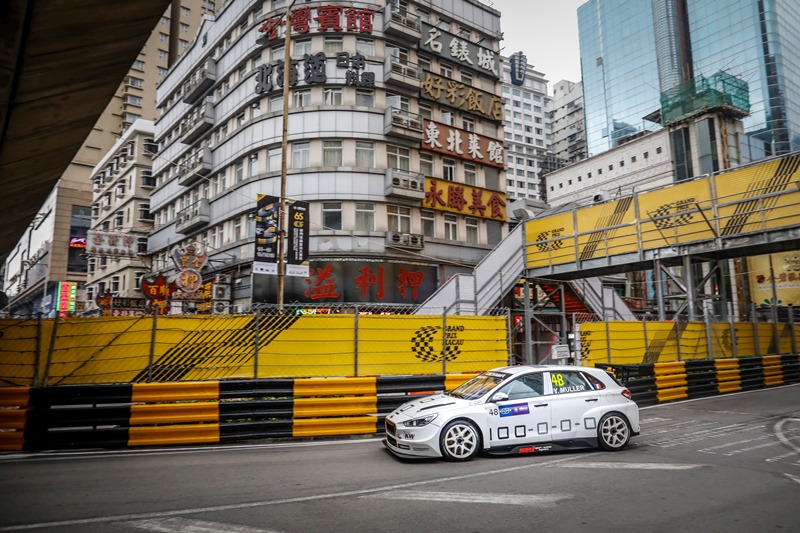 With an accumulative audience of 3,266,971* in Hungary during the month of May, Sport TV will provide WTCR with a huge fan base, plus considerable media exposure opportunities when the six-event 2020 WTCR season begins, as scheduled, in September.

And hopes will be high for more Hungarian success with Norbert Michelisz lining up to defend the world title he won last season. Michelisz, from BRC Hyundai N LUKOIL Squadra Corse, will race against compatriots Attila Tassi (ALL-INKL.DE Münnich Motorsport) and newcomer Bence Boldizs, who will drive for the famous Zengő Motorsport team from Hungary.

The agreement between Eurosport Events and Sport TV covers the 2020 and 2021 WTCR seasons with an option for 2022 as well. All WTCR races will be shown live, with highlights and dedicated programmes on Sport1 or Sport2. Meanwhile, Sport TV has made a similar commitment to PURE ETCR, the real electric car racing series from Eurosport Events.

As well as broadcasting in Hungary, Sport TV is available in Czech Republic and Slovakia. Along with Hungary, Slovakia is one of six countries preparing to host a WTCR event later this year.

François Ribeiro, Head of Eurosport Events, the WTCR promoter: “The Sport TV agreement is truly great news for WTCR and fans of WTCR living in Hungary, Czech Republic and Slovakia. We really enjoyed our time with MTVA and thank them for their support. We now look forward to working with Sport TV and to giving its viewers some action-packed racing. The WTCR is blessed with Hungarian talent and with races in both Hungary and Slovakia, the Sport TV partnership is a really good fit.”

Pal Mate, Programming Director of Sport TV, said: “We are proud to broadcast a spectacular series on Sport1 and Sport2, where you can find races from Hungary and Slovakia with local drivers. We are even more excited for Norbert Michelisz, the WTCR title-holder, with whom we have a great relationship. His adventure in winning the 2019 title was amazing and he can be a true role model for every athlete in Central Europe. Motorsport lovers will be spoilt in the Czech Republic and Slovakia as they will find FIA WTCR and Formula One on the same channel during weekends.”

Michelisz added: “I’m really excited about the fact that WTCR will be broadcast on Sport TV. As defending champion, it’s going to be a special year for me, and to be able to share this with fans watching the races from home makes me really happy. I’m sure that this will also help young local talents to get more visibility and to establish themselves thanks to an even wider audience.”

WTCR − FIA World Touring Car Cup calendar refresher
It is hoped the schedule below can be achieved in accordance with all government restrictions: