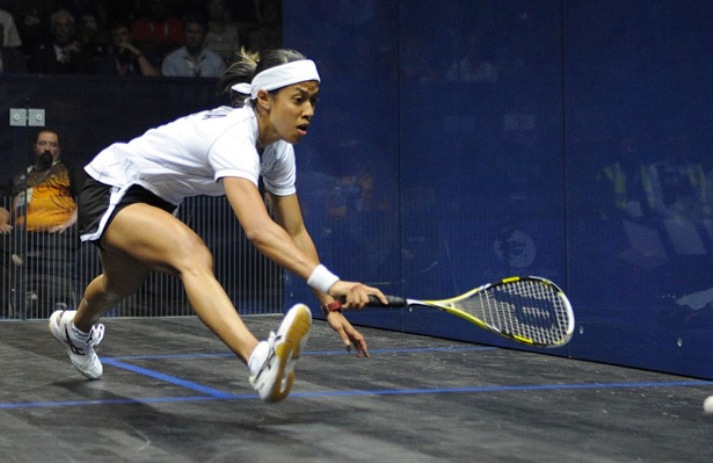 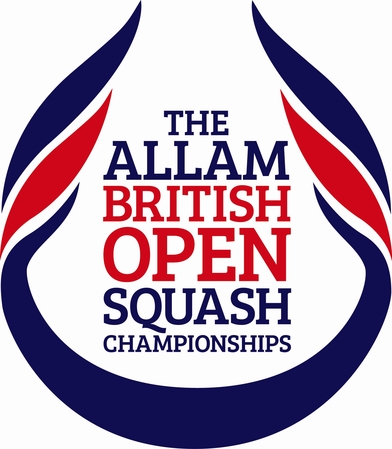 Nicol David’s bid to regain the British Open title accelerated on Monday as she hurtled to a five–minute whitewash in the third game of a straight games victory over one of Egypt’s rising young players.

The record-breaking Malaysian won 11-8, 11-9, 11-0 against Mayar Hani, a 19-year-old from Cairo who upset the seedings to come through the qualifying competition, and who for a few moments looked as though she could cause more trouble.

Striking the ball well, and prepared to take risks to make openings, she led 7-6 in the first game and then 9-8 in the second. The three points which followed were important.

“I was able to impose myself when it mattered,” said David, who reached parity with a volley-drive combination, forced Hani to concede a penalty point with a mistimed stroke down the middle, and then pressured the youngster to angle the ball down off a sidewall.

“I had to get back to stepping up the gas, and pedalling and keeping going,” she explained. “I had to be more clinical and play tighter squash when I needed it. Then I used the momentum.”

That was what led to the third game rout which concluded the match inside half an hour, though David acknowledged that it might have been very different had she not responded when it mattered.

She next plays Donna Urquhart, the left-handed Australian who caused the exit of one of three lower ranked seeds who were beaten in the first round by prevailing 12-10, 7-11, 11-9, 11-5 against Joshna Chinappa, the 14th seeded Indian.

The others who were beaten were Low Wee Wern (13) the injury-troubled Malaysian, and Jenny Duncalf (16) the former British Open finalist from England.

Although it is only a few months since David’s 103-month marathon as world number one came to an end, she is concerned not to expect too much of herself in the unaccustomed situation here of being second seed.

“I’m just going into it, knowing that it’s now a title to get and not to hold,” she said. “I have to take it one day at a time, and against Donna I have to try to anticipate what she’s gong to do because that’s not always easy.”

Earlier another legend of the game, Ramy Ashour, made a typically adventurous comeback from two games down to survive 1-11, 6-11, 11-8, 11-8, 11-3 against the wonderfully mobile Mexican qualifier Cesar Salazar.

The former world number one from Egypt has not competed for four months because of repeated injuries and appeared in only a handful of tournaments in the last 18 months.

Gradually his body warmed to the unfamiliar task which was being asked of it but whether Ashour can rescue his career, as so many people would like him to, remains unclear.

“If there had been any feeling that something was wrong I would have stopped,” he said. “I can only say that being out there felt scary.”

Earlier Amanda Sobhy showed why she is the first American ever to be a contender for major titles while winning in less than half an hour.

The 22-year-old world number 7 from Boston overcame both Coline Aumard, an in-form French qualifier, and some troublesome transatlantic jetlag, by 11-4, 11-5, 11-6 win, thus avoiding becoming sucked into an energy-sapping start.

“It’s very important to get on and get out,” said Sobhy, who may have a tough quarter-final test on Friday with Nour El Sherbini, an encounter which would be a repeat of the Tournament of Champions final in New York.

Later Greg Gaultier, the world champion from France who is competing for the first time in nine weeks since damaging an ankle, suffered a first round scare against Cameron Pilley, the leading Australian, before surviving 8-11, 11-6, 7-11, 11-2, 11-7.

“I didn’t know what to expect when I came here,” admitted Gaultier. “It was a nightmare to have to start again from scratch (after the injury) and this was not my best.

“At 2-1 down I said to my coach that I didn’t want to walk out of here and go home, and somehow I found a solution.

“It was a bit weird but I’m very glad I’m still in the tournament,” added Gaultier, who has won the British Open twice. – Agence France-Presse