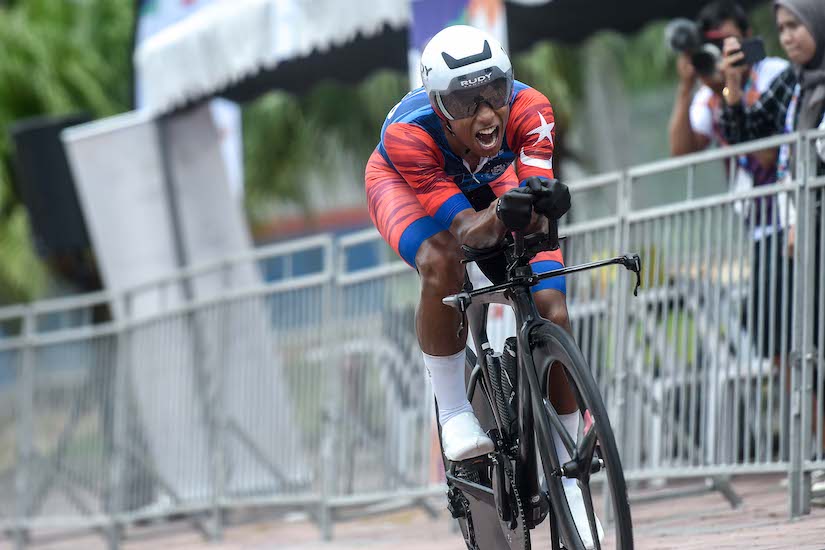 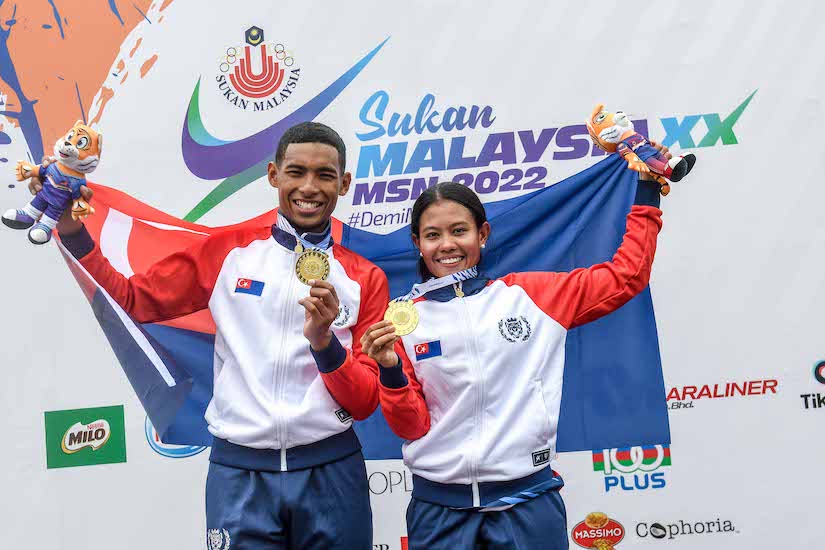 THE celebration bells rang out loud for Johor once again on the first day of the cycling event at the Malaysia Games (SUKMA) when Muhammad Nur Aiman Rosli presented the Southern state with the second gold medal after Siti Nur Adibah’s spectacular performance at Bandar Sri Sendayan, Seremban.

The 23-year-old national cyclist completed the 39.9KM individual time trial in 53 minutes 08.865 seconds to beat a field of 18 riders to the gold medal.

It was Nur Aiman’s second gold medal in the four Malaysia Games. He won a gold in the individual pursuit at the 2018 Perak Games.

“The time trial is my favorite event and I have to win it as I am also the national champion,” said Nur Aiman. “It is a great moment for Johor as Siti Nur Adibah, who is also my neighbour in Tangkak, also brought home the first gold in the same event.”

Just like Siti Nur Adibah, Nur Aiman will also not be eligible to compete in the next Malaysia Games due to the age factor.