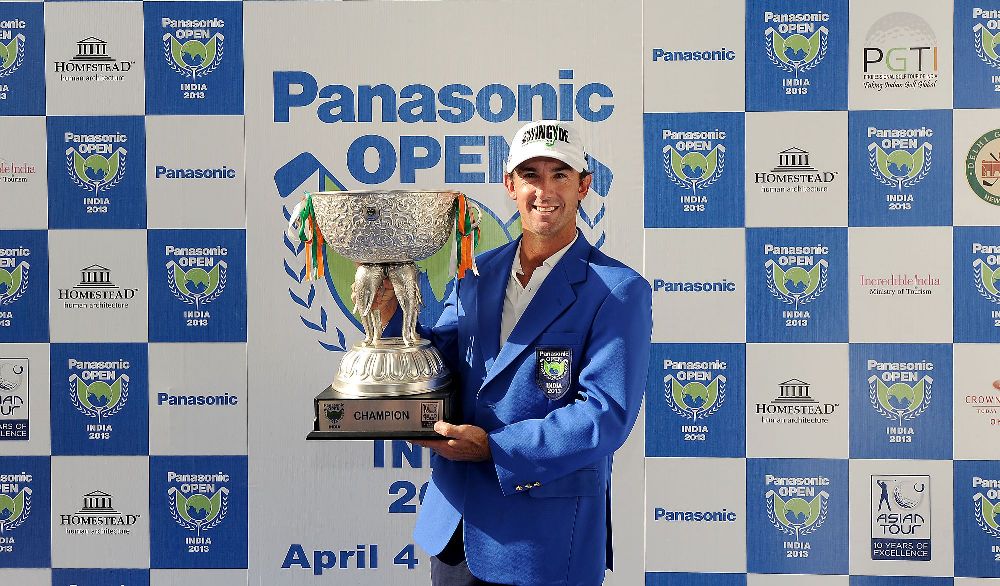 Australia’s Wade Ormsby believes good rest will be the perfect tonic for his title defence at the US$300,000 Panasonic Open India which starts from November 6 to 9.

Ormsby plans to take a week’s break from competitive golf before heading to the Panasonic Open India to defend his title which he won by one-shot at the Delhi Golf Club last year.

“I treat every week the same but I’m trying to give myself the best chance. I will take a week’s break before the Panasonic Open India so I will feel fresh for my title defence. My game is alright and it is getting better,” he said.

Ormsby will be joined by a strong line-up of Asian Tour stars which includes Rashid Khan of India, who won his first Asian Tour title at the Delhi Golf Club in March and an in-form Rahil Gangjee, who is ranked 13th on the Order of Merit.

A return to the Panasonic Open India will evoke a huge sense of achievement for Ormsby who secured his first career win after playing in over 200 events.

“It is always good to return to the place where you won your first event. I’m looking forward to returning to the Delhi Golf Club. It is a golf course which suits my game and which I play well on,” said Ormsby.

“Your first win is the big one because you are trying to get that monkey off your back. I played in over 200 events before winning. Before the win, you obviously ask yourself when or if you are ever going to get your first win. I’m glad I don’t have to ask that question anymore!” he smiled.

The 34-year-old Ormsby, who earned his Asian Tour card at the 2012 Qualifying School in Thailand, remembers his victory vividly and credits a 25-foot birdie putt on the 17th hole which ultimately denied Boonchu Ruangkit of Thailand from becoming the oldest Asian Tour winner.

“I played better at the start of the week last year and I knew I wasn’t playing well in the closing stretch. I hit a good shot on the 17th hole and made a 25-footer. All I wanted to do on the last was to find the fairway!

“There are always nerves for someone trying to win. It doesn’t matter if it is your first or 20th title. I think I handled it pretty well and it is nice to cross the finishing line,” said Ormsby.

The Panasonic Open India returns on the Asian Tour Schedule for the fourth consecutive year.