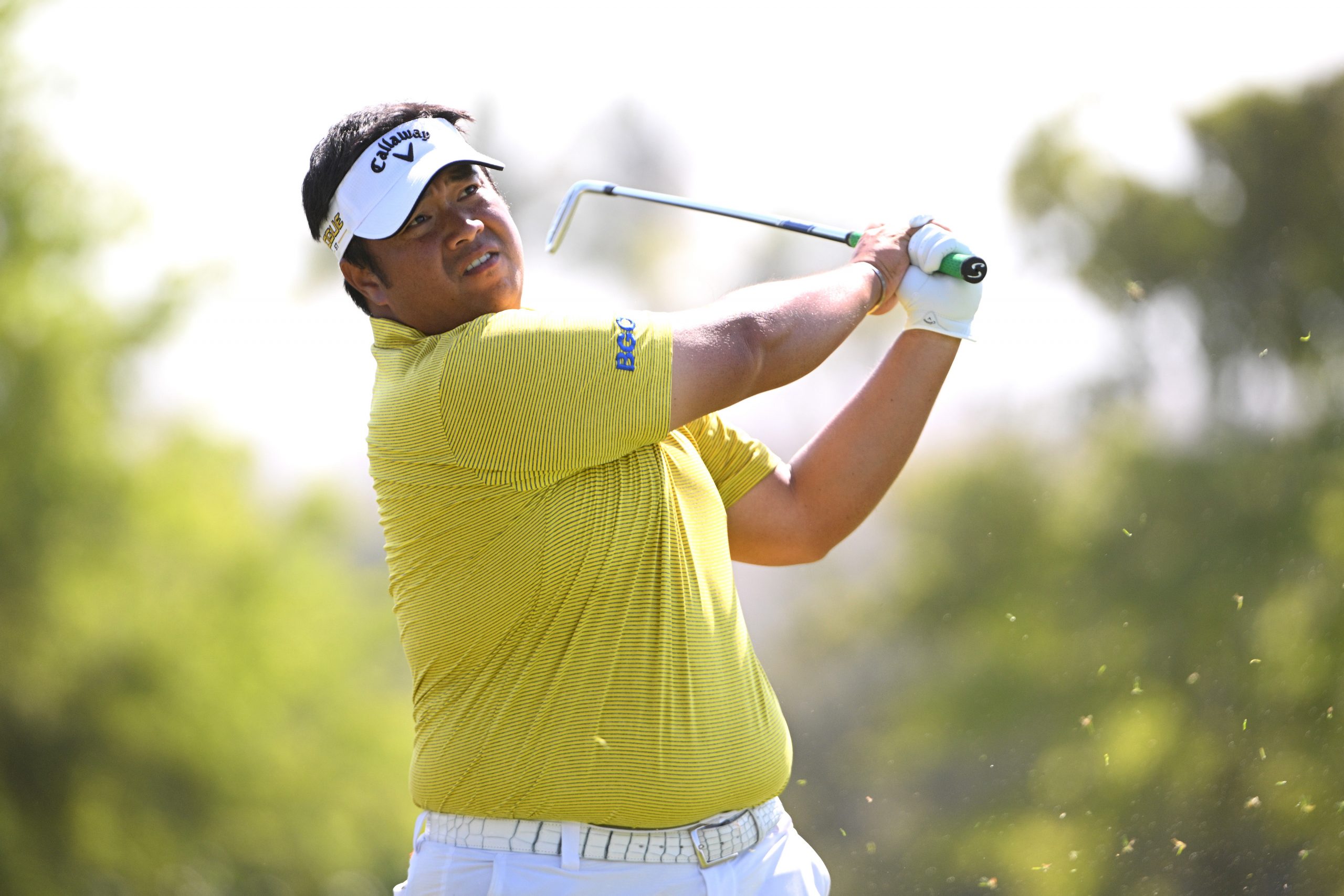 Chinese Taipei star C.T. Pan continued his relentless pursuit for a second PGA TOUR victory after producing a solid 5-under 66 to lie two shots off the pace after the first round of the US$7.3 million Mexico Open at Vindata.

Pan, who was last year’s Tokyo Olympics bronze medallist, sank six birdies against a lone bogey at the Vidanta Vallarta on Thursday to trail a group of six players including World No. 2 John Ram of Spain who fired 64s.

Japan’s Satoshi Kodaira birdied his final hole for a 67 while Sung Kang of Korea and India’s Anirban Lahiri shot matching 68s to leave them four back in the PGA TOUR tournament.

After making three straight cuts since the Valspar Championship last month, Pan, winner of the 2019 RBC Heritage and currently 81st on the FedExCup ranking, began his campaign in style by holing an impressive 28-foot birdie putt.

He later picked shots with close range birdies on the fifth, seventh, 11th, 14th and 17th holes while the only blemish was a dropped shot on the 603-yard par-5 sixth hole when he hit an errant second shot.

Like Pan, Kodaira is also seeking a second TOUR victory since winning the 2018 RBC Heritage and he will be determined to build on his good start. The 32-year-old has not posted a single top-10 since his career breakthrough four years ago.

The 32-year-old started on the back foot, bogeying the par-4 second hole but swiftly regained his composure to pick up gains on Hole Nos. 3, 7 and 9. He dropped two more shots on his inward nine but with a further three birdies in the bag, including one at the last, he ended his round smiling.

“Looking back, I managed to get a lot of birdies but also had three careless bogeys that I will need to try and clean up for tomorrow,” said Kodaira. “The golf course is quite long and tough, but I was hitting the ball really well and was able to avoid a lot of the trouble. Hopefully I can keep that momentum going.”

One of the shots of the day belonged to Thai ace Kiradech Aphibarnrat, who sank his career first PGA TOUR hole-in-one on the 189 yard par-3 fifth hole with a five iron en route to a 70. “I had 189 yards to the hole, with the wind coming in from the right.

I talked to my caddie that I needed to hit a high 190, 195 shot, hit a solid shot right of the hole. I know the slope was right to left but I did not expect to get in the hole,” said Kiradech, who is chasing a maiden PGA TOUR victory after coming in joint-third at the WGC-Mexico Championship three years ago.

“The way I started the first two holes, I was three over, I was just trying to bring something back. I was just looking to put it to three or five feet on that hole. This is my first hole in one in a tournament as a pro, although I’ve done it before during my junior days when I was in the national team. It’s good to get the ace and it felt like good luck to me all day.”

Rahm certainly lived up to his reputation as the highest-ranked player in the field, chipping in for eagle on 17 for a sublime 64 to be amongst the early pacesetters. Jonathan Byrd, Brendon Todd, Trey Mullinax and Monday qualifier Bryson Nimmer were the others who signed for 7-under cards.