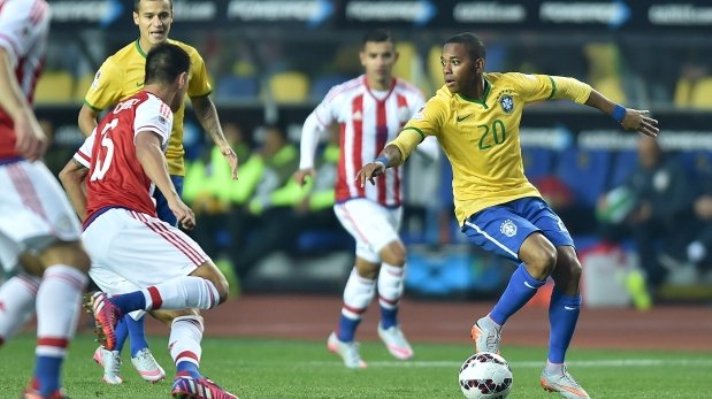 Paraguay coach Ramon Diaz said his team will try to make life “impossible” for Brazil as they aim to score another upset over the South American giants in World Cup qualifying on Tuesday.

Paraguay have become a bogey side for Brazil in recent years, knocking them out of both the 2011 and 2015 editions of the Copa America, and Diaz is plotting another ambush in Asuncion.

Although Brazil will be without suspended superstar Neymar, Diaz has warned Paraguay that they will need to produce something special if they are to prevail on Tuesday.

“Neymar is a big loss for them obviously because he is one of the best players in the world — but Brazil still has plenty of other great players. We will try to make life impossible for them,” Diaz told reporters on Monday.

Diaz declined to confirm his starting line-up, but indicated that veteran goalkeeper Justo Villar, 38, and evergreen striker Roque Santa Cruz, 34, would start a game where experience could be key.

“Experienced players are essential for a game like this,” Diaz said. “They give the younger players in the team confidence and encouragement. They know how to play in a game like this.”

Although stressing the importance of experience, Diaz could be tempted to start Juan Manuel Iturbe, the Buenos Aires-born Roma striker who is currently on loan with English Premier League side Bournemouth.

Iturbe’s international career has been shrouded in uncertainty, with the striker once indicating he would seek to play for Argentina before finally changing tack and opting to represent Paraguay.

Diaz meanwhile said he was not reading anything into Brazil’s shambolic defensive display against Uruguay in Recife on Friday, when the five-time World Cup winners squandered a 2-0 lead in a game that finished 2-2.

“We’ll have to play a great game to get any points,” Diaz said. Paraguay and Brazil are both level on eight points in the overall standings after five games.