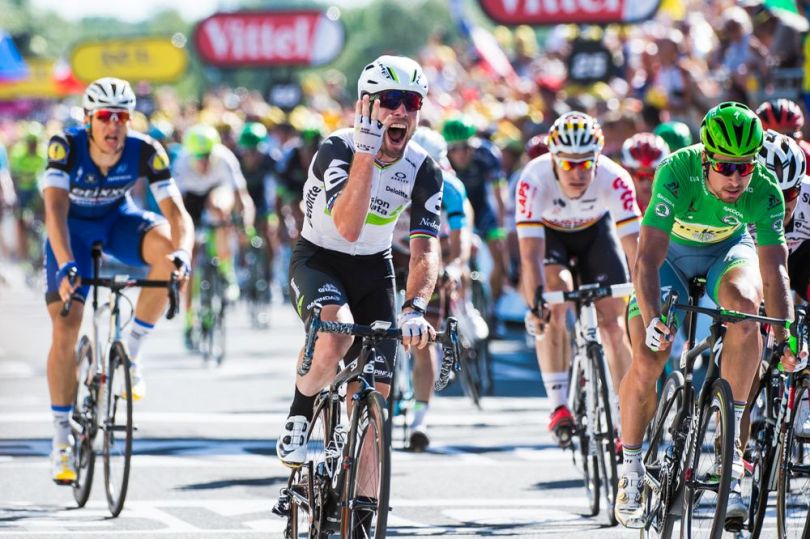 Britain’s Mark Cavendish proved he’s the fastest sprinter at the Tour de France this year with his fourth stage victory on Saturday.

The 31-year-old took the honours on the 208.5km 14th stage from Montelimar to Parc des Oiseaux ahead of Norway’s Alexander Kristoff and Peter Sagan of Slovakia.

It was the Manx Missile’s 30th stage victory in total at the Tour — only Belgian legend Eddy Merckx has won more with 34.

Fellow Briton Chris Froome finished in the peloton to maintain the yellow jersey of race leader ahead of Dutchman Bauke Mollema and Adam Yates of Britain.

In a long, straight finish seemingly tailor-made for powerful German Marcel Kittel, Cavendish tucked in behind his rival’s wheel to use the slipstream that afforded him.

When he darted out to make his dash for home, there was no doubt who was going to win.

Cavendish did weave a touch in front of Kittel, who sat up protesting, but by then the German was already beaten.

Over those three years, Cavendish won only three stages in total.

But the man who averaged five stage wins per Tour from 2008-2011 is clearly back to his best and proving he has no peers in sprinting. – Agence France-Presse