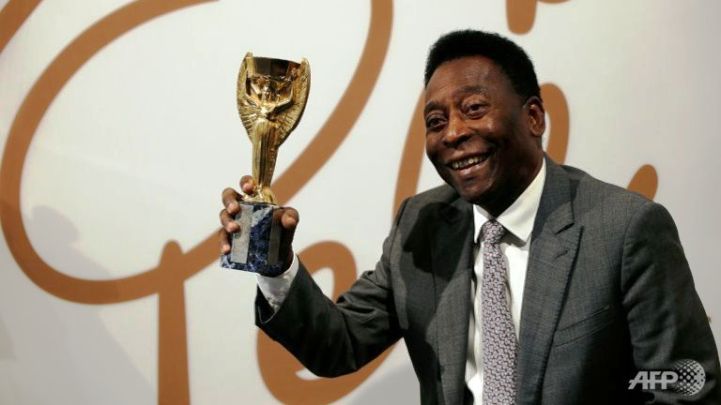 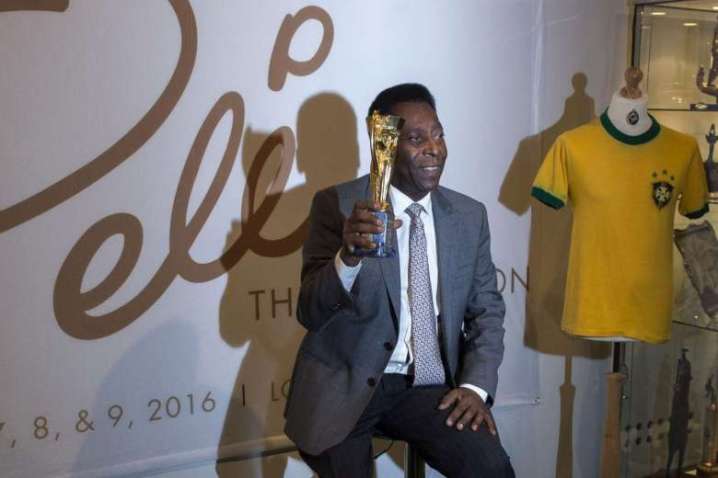 A special replica World Cup trophy presented to world football icon Pele fetched £395,000 (500,000 euros, $570,000) at an auction of his personal memorabilia in London on Wednesday.

Two of the 75-year-old Brazil legend’s three World Cup winners medals also went under the hammer selling for well over their estimated price going for a collective price of £340,000 on the second day of the three day sale held in London but under the banner of Los Angeles auction house Julien’s Auctions.

However, the Jules Rimet trophy was the most expensive individual lot with Swiss watchmaking giant Hublot timing their final bid perfectly for an item which had been figured to fetch between £281,000 to £450,000.

It had been made for him after Brazil’s third World Cup victory in 1970 in Mexico.

“We are very pleased with the result of the Cup,” Darren Julien, Chief Executive of Julien’s auctions told AFP.

The first day of the auction on Tuesday hadn’t featured such lucrative returns.

However, his pair of football boots he sported in the film Escape To Victory — which featured actors of the calibre of Michael Caine mixed in with footballers like Pele and England’s World Cup winning skipper Bobby Moore — engineered enough excitement and went for just over £8000.

A portion of the proceeds from the sale will go to help Pequeno Principe, the largest children’s hospital in Brazil, which Pele said was close to his heart.

Born Edson Arantes do Nascimento, Pele is held by many as being the greatest footballer in history.

He scored 1,281 goals in 1,363 matches, appeared 91 times for Brazil between 1957 and 1971 and played his club football for Brazil’s FC Santos as well as the New York Cosmos. – Agence France-Presse