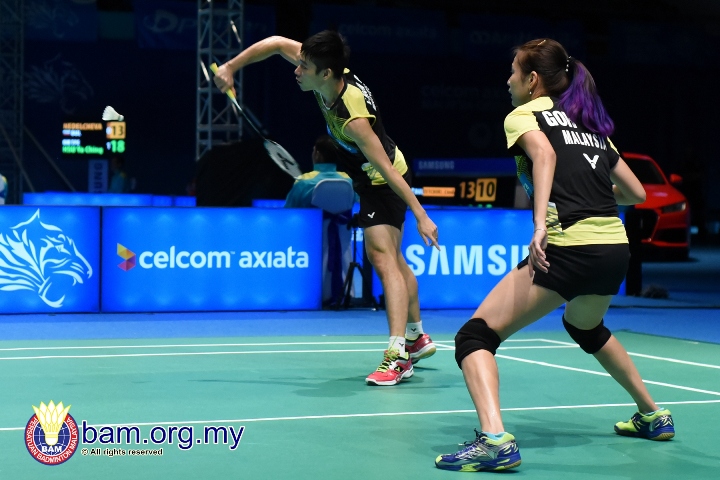 Peng Soon-Liu Ying were stretched to three sets by Thailand pair Puavaranukroh Dechapol-Sapsiree Taerattanachai before prevailing 21-18, 20-22, 21-17 in 69 minutes in an action packed match.

With Friday’s win the Malaysians lead 3-0 in the head to head count.

The Malaysians could have wrapped up the match in straight sets when leading 17-13 but lapsed into series of mistakes that allowed the Thais to force a rubber.

“In the second set our opponents changed their game tactics and we allowed them to collects points,” said Peng Soon.

Liu Ying added that “good communications” has worked well for the pair and their confidence has soared after winning the New Zealand Open Grand Prix Gold recently.

However a tough hurdle awaits the Malaysians in the last four as they up against top seeds and hot favourites Zhang Nan-Zhao Yunlei of China who demolished Singapore’s Danny Bawa Chrinanta-Vanessa Yeo 21-15, 21-12 in their quarter-final encounter.

“We are not a ranked pair in the SuperSeries and often end up meeting seeded pairs before reaching the quarter-finals. It has been a good tournament for us on home soil and we hope to upset the Chinese pair to make the final, added Peng Soon.