Home International Penpics of the 11 teams in F1 this season

All-conquering German Formula One masters. Head and shoulders above the chasing pack over the past two seasons. Marshalled by the eloquent Toto Wolff and F1 legend Niki Lauda it’s hard to see beyond a third straight constructors title for the team, with the only burning question — whether Nico Rosberg can finally best his arch rival Lewis Hamilton for the drivers’ title. In pre-season testing Mercedes piled on the miles — 3742 of them — to advertise their remarkable reliability as Melbourne looms. That, linked with a formidable management structure and two of the best drivers in the business should once again prove an unstoppable combination.

Three wins and 13 podium finishes for Sebastien Vettel last year gave the men from Maranello glimpses of light at the end of the Mercedes-blocked tunnel, hopes bolstered by decent testing times in Barcelona. All the neutrals are praying the scarlet scuderia can mount a serious title challenge with Vettel and Kimi Raikkonen, the last Ferrari driver to win a world championship in 2007. Team principal Maurizio Arrivabene is demanding improvement on 2015: “I think this year, we need to push a bit more. We would like to fight until the end for the championship.”

Third for the past two seasons, the much-admired British team run on (in F1 terms at least) a compact budget will once again be snapping at the big two teams’ heels. Brazilian veteran Felipe Massa and Finn Valterri Bottas link up for the third year to provide the Mercedes-powered outfit with vital continuity. “They work well together and both have the ideal blend of speed and consistency,” said team principal Frank Williams.

Well publicised marital problems with engine supplier Renault dogged Red Bull throughout last season. As results tapered off after the heady days of Sebastien Vettel’s four world titles owner Dietrich Mateschitz warned he might pull the plug on both Red Bull and sister team Torro Rosso. But that threat failed to materialise and the team have designated 2016 as a “transition” year ahead of a serious assault on the 2017 championship with smiling Daniel Ricciardo and cerebral Daniil Kyvat once again at the wheels.

A superb 2015 saw the Indian-owned Silverstone outfit finish best of the rest in 2015. With the not inconsiderable help from their Mercedes engine it is once again up to Nico Hulkenberg and Sergio Perez to keep pushing for more podiums in 2016.

The French marque are back after wrapping up a lengthy takeover of Lotus in December. Associated with the sport since 1977 — with 12 constructors and drivers titles to their name — Renault essentially bought back the team they sold to Genii Capital in 2009. Kevin Magnussen, let go by McLaren, drives alongside rookie Jolyon Palmer. “We have the budget, the talent, the people. Renault is back to win,” said Jerome Stoll, Renault Sport Racing president.

Red Bull’s sister team have two impressive young drivers, teenager Max Verstappen and Carlos Sainz Jr, who managed more successful overtaking manoeuvres than any other drivers on the grid last year. Verstappen had a remarkable rookie season, scooping ‘Personality of the Year’, ‘Rookie of the Year’ and ‘Action of the Year’ awards at the FIA’s annual Oscars ceremony. With these two in command Torro Rosso can have realistic hopes to climb up the standings.

Ironically given their Swiss base Sauber were dogged by cash flow concerns in the past but are now on a more stable financial footing courtesy of Felipe Nasr and Marcus Eriksson, who are helping significantly to keep the team’s bank account in the black.

The fallen British giants will be hard pushed not to improve on last year’s humiliating performance, a year of failure and frustration as their reunion with Honda fell flat. Former world champions Fernando Alonso and Jenson Button mustered a mere 27 points between them. Testing hinted that Honda’s reliability has improved, it certainly needs to to raise flagging spirits back at the once proud team’s Woking headquarters. “Last year was a tricky season for all of us but we learned a hell of a lot,” reflected Alonso.

The first American team in F1 in 30 years, the North Carolina-based newcomers are powered by Ferrari with veteran French driver Romain Grosjean and Mexican Esteban Gutierrez driving. “First, we need to go out there and show that we can do the job, that we can finish races, that we are respected by the fans and other teams in the paddock,” team principal Guenther Steiner said. “Then we want to score points. That is the ultimate goal.” 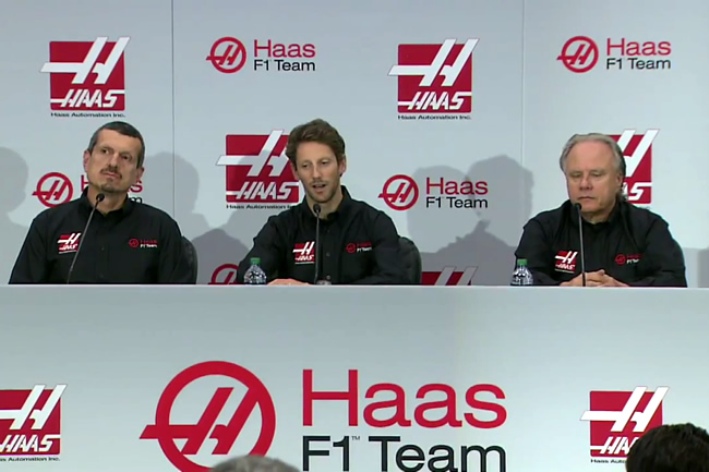