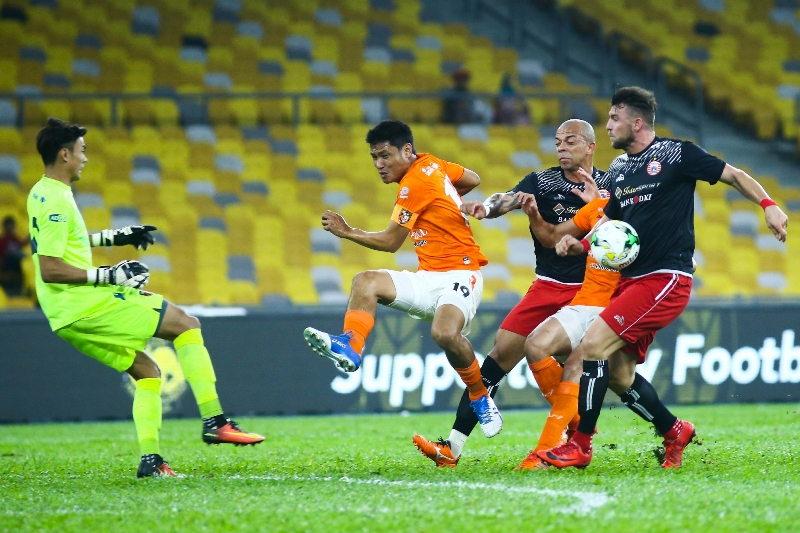 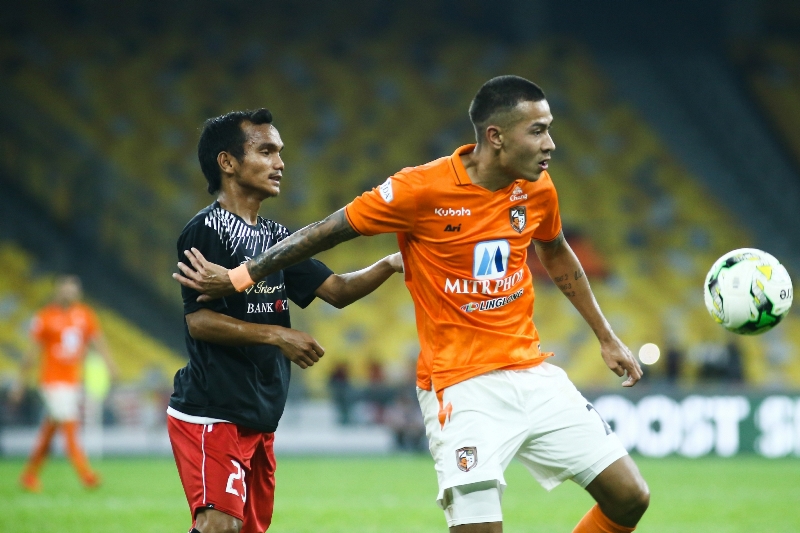 The inaugural Boost SportsFix Super Cup 2018 football tourney gets underway last night with Persija Jakarta starting off their campaign in style with a convincing 3-1 win over Ratchaburi FC in the three-team pre season tournament at Bukit Jalil National Stadium, here.

Both teams, playing for the first time at the Stadium since it was heavily-refurbished for the 2017 SEA Games, provided excitement from the first whistle with aggressive play and attacks in pursuit of early goals.

It was Persija who turned early aggressor, drawing the first blood with Croatian Marko Simic finding the net as early as the 8th minute following a counter attack which ripped apart Ratchaburi’s backline.

Ratchaburi were clearly rattled by Simic’s early strike and almost paid the price when Persija was awarded with a penalty by referee Razlan Jafri Ali following a foul on Novri Setiawan in the box.

Simic, a former Melaka United and Negeri Sembilan forward, stepped up but failed in his attempt to put the ball on the back of the net when Ratchaburi custodian Chinnapong Raksri dived to the right spot, denying Persija a comfortable lead at half time.

Ratchaburi, the Thai League 1 side with new coach Christian Ziege at the helm, got organised after 20 minutes of play, adopting an attacking play which almost gave them the equaliser through a close range header by midfielder Apiwat Ngualamhim in the 24th minute.  The attempt however, went up inches over the bar.

Another golden opportunity came along in the 27th minute but defender Sila Srikampang’s long strike from outside the box was foiled by Persija’s keeper Muhammad Rizky.

It was not until the 27th minute that Ratchaburi found the equaliser when 23-year-old German, Philip Roller blasted home a powerful right foot strike from outside the box which left Muhamad Rizky Darmawan totally beaten.

Ratchaburi stepped up the gear after the goal, seeking to consolidate their position but it was Persija who found the lead in the 38th minute when lanky defender Jamierson da Silva Xavier Jr nodded home off a corner kick from the right.

Play swung from end to end with Ratchaburi having at least two golden opportunities, with striker Kang Soo Il hitting the woodwork in the 36th and playmaker Chuttipong Tongtae, with only the goalkeeper to beat, blundered a close range header.

Both teams, seeking to strengthen their squads for the new season, brought in fresh legs, including the inclusion of former Indonesian striker Bambang Pamungkas for Persija after the breather.

Simic was once again instrumental for Persija, sending in an accurate cross from outside the box in the 53rd minute which were met with a powerful left-foot strike by Novri Setiawan who gave Persija a comfortable 3-1 lead.

Ratchaburi played hard to reduce the deficit, pressing the opponent with attacks from all angles but the score remained unchanged until the final whistle.

Persija are up against former Malaysia Cup champions Kelantan FA in Tuesday’s second match (16 January) while Ratchaburi FC will lock horns against Kelantan FA in the final match on Saturday (20 January) at the same venue.

Tickets for the Boost Sportsfix Super Cup 2018 are available online via www.sportsfixcup.com.

“Indeed, it was a good start for us. However, we need to put in more work and effort to ensure the team gel better and at the same time, to overcome any shortcomings. We’re putting in a lot of efforts in preparing the team for the AFC Cup against Malaysia, Singapore and Vietnam. Mario Simic played well tonight, scoring as well as providing assists throughout the match. As for our next match against Kelantan FA, we’re looking forward to better support from our fan in Kuala Lumpur as Kelantan will be a tough nut to crack.”

“I’m happy with  tonight’s outcome. Currently, I’m just about 70 percent fit with only 10 days of training before the trip here. Tonight, we’ve proven that we’re as good as clubs from Thailand.”

“Our mission is to try out a new system for the team and players to prepare ourselves for the new season. We’re not perturbed over the loss tonight as our new coach had just arrived and we have only about a week of training with the players. We will continue to improve our performance and adopt a new style of play.”