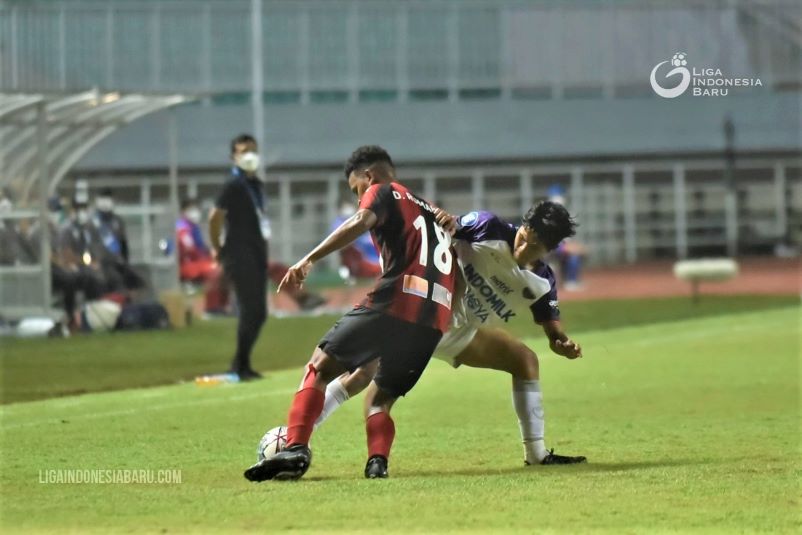 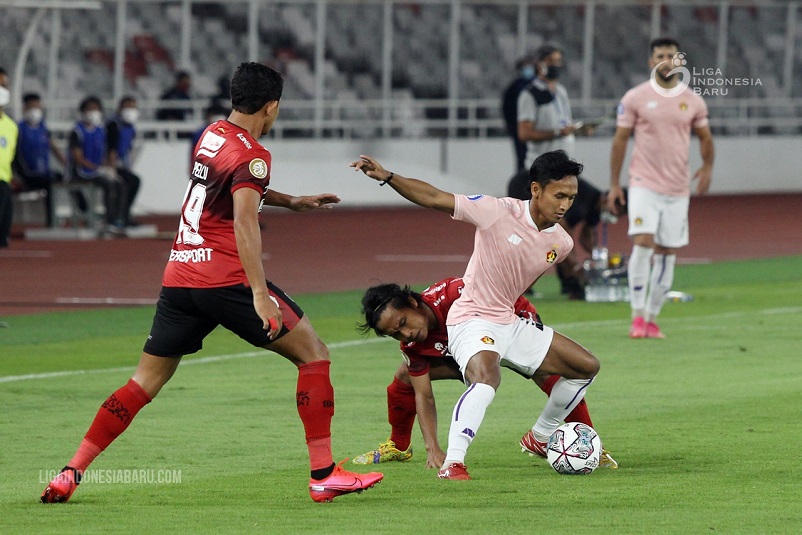 Persita Tangerang and Bhayangkara Solo FC set the early pace in the 2021/22 BRI Liga 1 this week when they made a roaring start to share the top spot.

After more than a year’s break, the 2021/22 BRI Liga 1 finally took place with three matches played over the weekend.

In the match that was played at the Pakansari Stadium in Bogor, it was Persita who grabbed the opening goal after just 14 minutes through Harrison Cardoso de Oliveira only for Persipura to reply with the equaliser through Ramai Melvin Rumakiek just two minutes later.

But Irsyad Maulana’s 23rd minute penalty conversion would be pivotal to give Persita the full points.

It was basically the same script at the Indomilk Sport Centre in Tangerang with Bhayangkara FC collecting their first full points of the new season following their 2-1 win over Persiraja Banda Aceh.

Ezechiel Ndouasel’s brace off goals in the 8th and 45th minute penalty was enough to give Bhayangkara the win even though Persiraja did manage to pull a goal back in the 32nd minute off Pulo Henrique Santos de Azevedo.

At the Gelora Bung Karno Stadium in Jakarta, Bali United survived a penalty earlier in the game for them to squeeze a slim 1-0 win over Persik Kediri.

Persik’s Youssef Ezzejjari could not put the ball away from the spot in the 13th minute of play as Bali United’s Muhammad Syamsuddin Rachmat then fired in an 83rd minute grounder for the win.