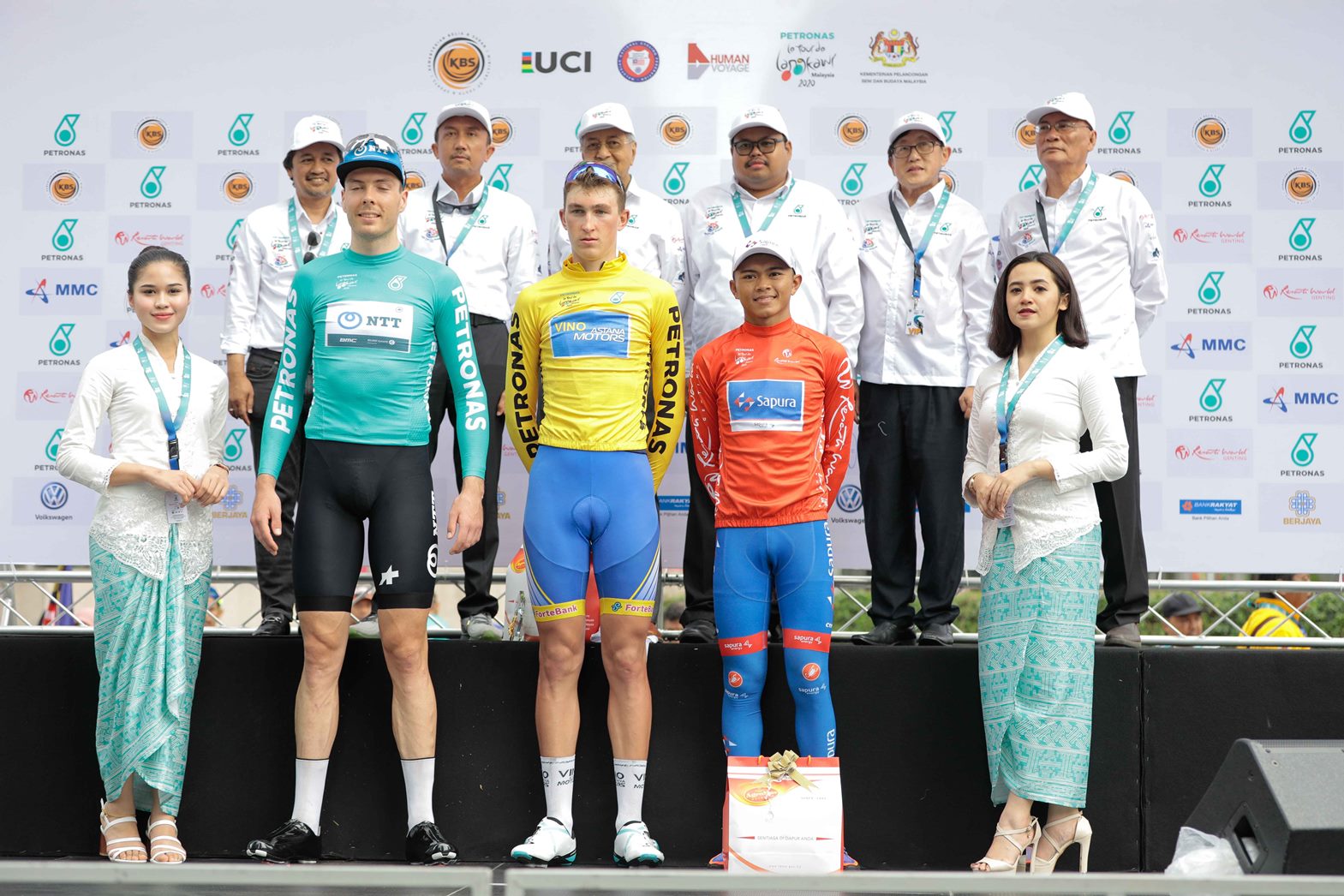 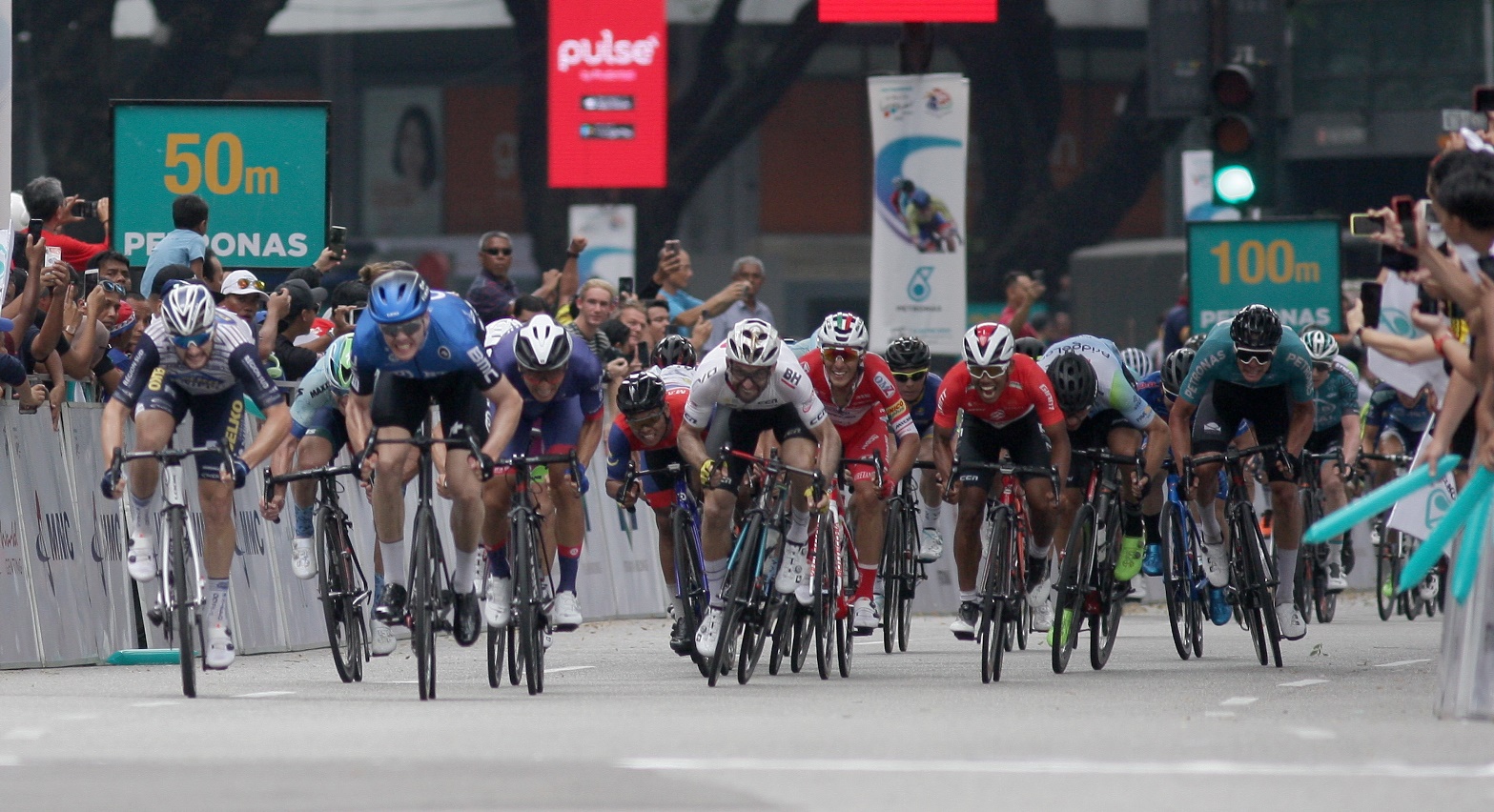 Pre-race favourite for the bunch sprints, Max Walscheid of the NTT Pro Cycling Team, finally lived up to his promise when he won a bunch sprint to bag Stage 3 of the PETRONAS Le Tour de Langkawi 2020 at the Kuala Lumpur City Centre today.

The 26-year old German, who had the perfect warm-up for the race by winning the Kota Kinabalu Criterium International on Thursday, was surprised at the finish by young Australian Taj Jones in Stager 2 in Kerteh yesterday, but made no mistake this time around.

A 7-man breakaway that featured Matteo Pelucchi of Bardiani-CSF, Rylee Field of Bridgelane, Bernard va Aert of PGN Cycling, Alistair Donohue of ARA Pro Cycling Sunshine Coast, Giorgios Bouglas of Miogee and Nur Aiman Zariff of Sapura dominated the majority of the 162.5km stage from Temerloh to Kuala Lumpur, having broken free after 10km and the remnants reeled home by the peloton inside the final three kilometres.

The breakaway seven swept all intermediate sprints and the three classified climbs for the day, which resulted in Nur Aiman taking the red jersey as the mountains classification leader at the end of the stage with 16 points, ahead of Field on 10 points, but it was the Australian who made a final push to bag a solo victory, albeit futile with an unforgiving peloton led by NTT and Bardiani eager to set up a bunch sprint.

Walscheid sat around the third wheel as the hammer went down and launched his lanky figure on a straight line sprint towards the finish line inside the final 200m, breezing past Riccardo Minali of Nippo Delko Provence. Sapura’s Ahmed Orken, who sat on Walscheid’s wheel in the final metres looking to steal victory at the line, had to settle for third spot.

The victory pushed Walscheid into the points classification lead on 34 points, ahead of overall leader Yevgeniy Fedorov of the Vino-Astana Motors team who is on 21 points, level with third placed Turkish sprinter Orken.

The bunch sprint meant Fedorov comfortably retained the yellow jersey with a nine seconds advantage over second placed Thurakit Bonnratanathanakorn of the Thailand Continental Cycling Team, while Walscheid is third, a minute and 17 seconds further adrift, with the rest of the main protaganists with a similar deficit as they prepare for the queen stage to the summit of Genting Highlands tomorrow. 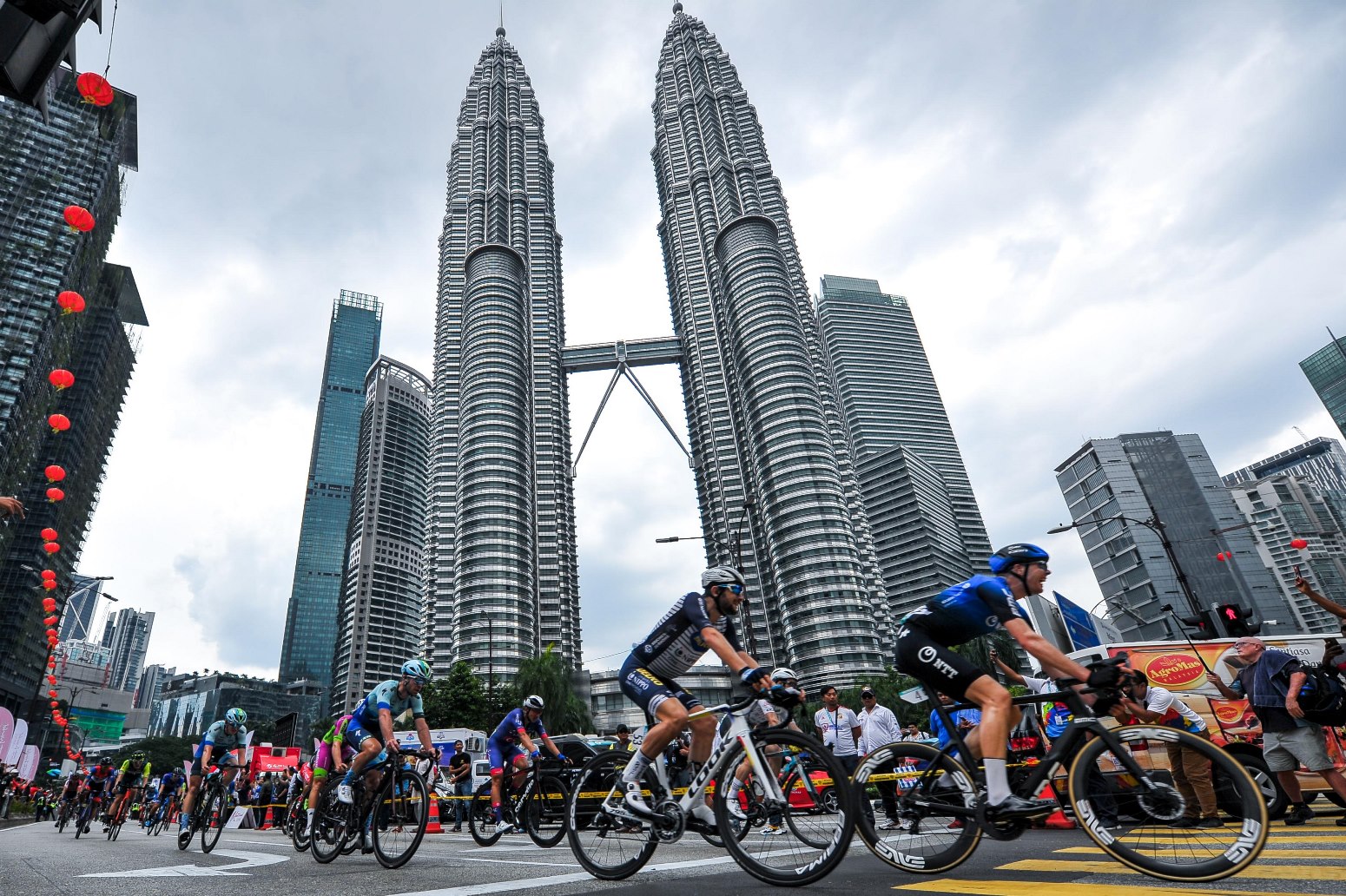 “Incredible atmnosphere here, fantastic scenery and I am just glad to stand on the top step of the podium today,” said Walscheid.

“We had several cards to play today, but in the end i felt good at the climbs. I still I got dropped a bit, but it was a great team effort to pull everything together. We pulled all our resources to bring back the breakaways and in the end I am super happy to finish like this.

“It makes me really proud to see Louis Meintjes also investing at the front to bring back the breakaway, because he is our GC leader. So he used as much power to help with this victory, so tomorrow I will do the same for him.

“I hope there’s another stage win coming, but first we go tomorrow in a support role for the GC. We are very confident that we have a good team here, so we will go for the win,” said Walscheid whose victory was his first official UCI win for his new team.

Meintjes, who will be looking to become the fifth South African overall winner in the race after Ryan Cox, David George, Reinhardt Janse van Rensburg and Ryan Gibbons, first has to contend with making up a one minute and 18s deficit on 19-year old leader Fedorov, with the Vino-Astana Motors team also looking formidable in their defence of his lead thus far.

“We worked a lot in the first part of the stage until the end of the climbs. After that, the sprinters’ teams took over as they were looking for the stage win,” said Fedorov.

“Tomorrow is a very hard mountain stage and maybe we have another leader for the mountain stage, I will try of course, but I will not be expecting to defend the jersey tomorrow.”

“I planned to be in the breakaway to put myself into contention for the Asian riders’ classification, but at the climbs today I saw the opportunity for the red jersey so I went for it. Tomorrow, we have other climbers to challenge for the general classification and I will try to my best to defend this jersey with five climbs tomorrow,” said Nur Aiman.

Stage 4 tomorrow will likely be the decisive stage in the general classification battle, with the mythical summit of Genting Highlands coming at the end of the 156.1km stage that begins in the nation’s administrative capital of Putrajaya.

The peloton is expected to be well split up even before they arrive at the foot of Genting, with four categorised climbs spread out prior to that, with category 3 summits at Sungai Tekali after 52km, the Ampang Look Out after 64.5km, Selayang at KM98.6 and Rawang at KM108.1.