Home 2022 Peugeot Sport and Sparco: a partnership that stands the test of time 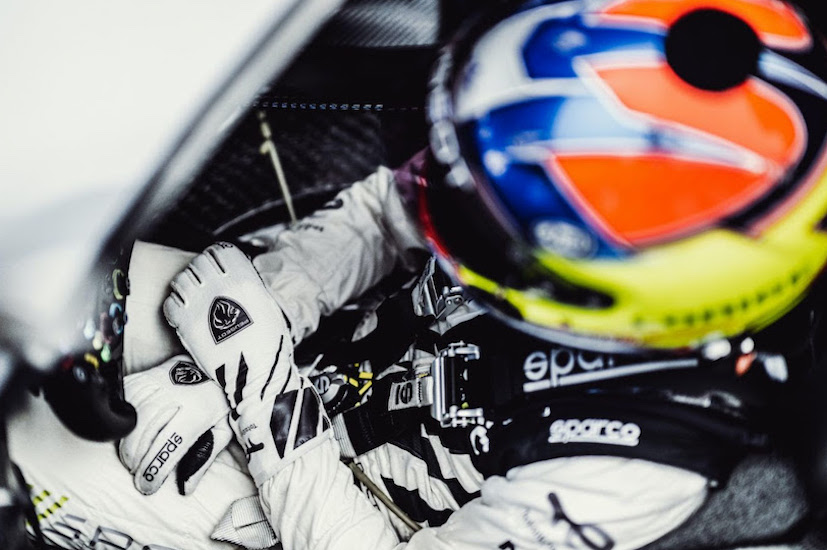 Peugeot Sport and renowned Italian racewear brand Sparco have renewed a partnership that stretches back for more than 30 years, thanks to PEUGEOT’s latest campaign on the World Endurance Championship, including the iconic Le Mans 24 Hours.

The new PEUGEOT 9X8 prototype, one of the most striking designs on the grid with its absence of rear wings, made its WEC debut at Monza in Italy last weekend, finishing its first race in the hands of Loïc Duval, Gustavo Menezes, and James Rossiter.

As the official racewear partner, Sparco equips the drivers and team with overalls, gloves, and shoes while the cars were fitted with Sparco seat belts: guaranteeing both safety and comfort, combined with a high level of technology that reflects Peugeot Sport’s own avant-garde design philosophy.

As well as the practical aspect, aesthetics were also fundamental to the design of the new overalls, which have been finished to complement the striking colours and styling of the PEUGEOT 9X8, including its distinctive ‘claw marks’.

The overalls themselves are made of multi-layer flame-retardant materials that feature a number of technical innovations such as Hocotex fabric, incorporating a unique honeycomb structure. This ensures high breathability and lightness while providing effective fire protection.

The strategic super-stretch fabric inserts give the drivers the comfort they need to perform at their best. The drivers’ gloves also use patented HTX technology, which allows significantly superior performance in terms of grip, flexibility, and breathability, while reducing vibration transmitted from the vehicle.

As well as equipping the six drivers (three for each car plus one reserve] Sparco has also made overalls and gloves for the PEUGEOT mechanics and pit crew, responsible for refuelling and servicing the car rapidly and safely during endurance races. This racewear has been designed to deliver maximum safety while at the same time allowing the freedom of movement and ventilation that is vital.

The harnesses are also fundamental to driver safety. Sparco supplies PEUGEOT with customised Prime H-9 EVO belts, featuring an aluminum buckle and adjusters that allow for lighter weight than standard racing belts. Given the compactness of the vehicle, specific attachments for the lateral anchoring of the belts were designed and approved specifically for the team.

The relationship between Peugeot Sport and Sparco is an historic one, dating back to the late 1990s when the Italian firm first equipped Peugeot Sport’s world championship-winning rally team. Since then, Sparco has accompanied PEUGEOT on its adventures in championships as diverse as rallycross with the 208WRX, Pikes Peak with the 208 Pikes Peak, Le Mans with the 908, and Dakar with the 3008DKR: all events that have added to the French firm’s illustrious record of achievement.

Christian Deltombe, Team Manager of Peugeot Sport, said: “When I started my career with PEUGEOT, Sparco were there as our overall and harness suppliers in rallying. Now, all these years later, we still partner with Sparco as we know that this is the best choice to ensure the optimal performance from our drivers and look after their safety. Of course, it’s not just about the drivers: Sparco equips the whole of the team by giving us exactly the racewear we need to achieve our common goal, which is at the very heart of the team spirit that we share together in this exciting new project. Additionally, for the new 9X8 we have had the pleasure to work closely with the Sparco Engineers to develop the harnesses equipping the car for the upcoming seasons and the relationship was highly effective in terms of service, solution identification and value added”

Sparco Brand Manager Niccolò Bellazzini: “We are delighted to continue our official technical partnership with Peugeot Sport in this latest exciting chapter with the 9X8. Just as the car sets new design standards, so do the suits and specialized equipment we have designed and engineered to accompany it. We are delighted that they were able to make their debut in our country, Italy, at Monza, as we look forward to the next exciting stages of the program.”

Sparco is one of the world’s leading racewear suppliers, represented in a variety of different championships, with a passion for innovation. Founded in 1977, the Turin-based company covers the motorsport, lifestyle, clothing and gaming sectors with a comprehensive range of cutting-edge products.