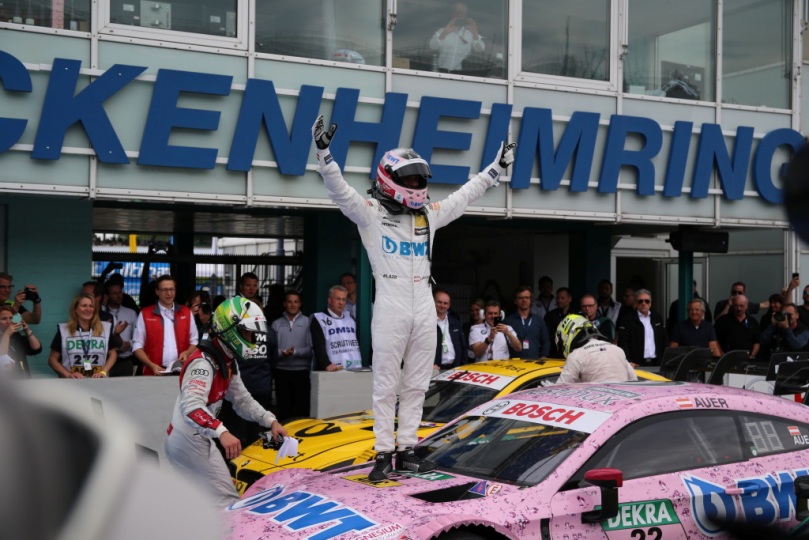 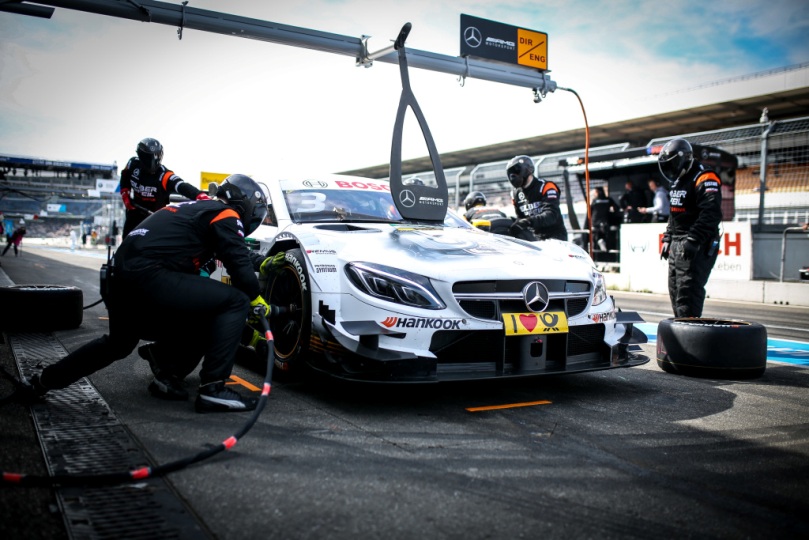 Lucas Auer: “I had to defend but drive fast at the same time and avoid the slightest error. It really was the toughest race of my career by a long chalk.”

Ulrich Fritz: “You saw how tough and competitive the DTM is. That was exciting racing at its finest.”

Victory to mark the start of the new DTM era as Lucas Auer (Mercedes-AMG C 63 DTM BWT) wins the first race with the new generation of DTM cars at Hockenheim on Saturday. This was the Austrian’s second win in the DTM after taking his maiden victory at the Lausitzring just over a year ago. Auer started Mercedes-AMG Motorsport’s 399th DTM/ITC race from pole position in his ‘Pink Panther’ and notched up the 176th victory for the brand with the three-pointed star.

Robert Wickens (Mercedes-AMG C 63 DTM) and Maro Engel (Mercedes-AMG C 63 DTM SILBERPFEIL Energy) finished out of the points in the season opener. The Canadian was handed a drive-through penalty following a contact with the BMW of Tom Blomqvist and came home in 15th place. Engel, though, was pushed by Jamie Green (Audi) and dropped way down the field. He finished the race in front of Green in P17. The race stewards gave the Audi driver a drive-through penalty following the incident.

Qualifying: The Mercedes-AMG Motorsport DTM Team made an excellent start to the season in the first qualifying session. All six Mercedes-AMG Motorsport DTM drivers qualified in the Top Ten. Austrian Lucas Auer (1:30.849 minutes) took the first pole position of the year from team-mates Gary Paffett (1:31.042 minutes) and Edoardo Mortara (1:31.120 minutes). Three Mercedes-AMG C 63 DTMs lined up in the top three places on the grid – and the brand with the three-pointed star secured the first points of the season, because as of this year, the top three cars in qualifying will score points towards the championship: 3 points for pole position, 2 for grid slot 2 and 1 for P3.

Looking ahead to race 2: The second round of the 2017 DTM season starts on Sunday at 3:18 pm CEST (live on ARD TV at 3:00 pm CEST) and will mark Mercedes-AMG Motorsport’s 400th race in the DTM/ITC. Third practice will take place before that at 10:00 am CEST followed by the second qualifying at 12:20 pm CEST. During each race weekend, we will provide live timing data, live commentary, fan voting and exclusive behind-the-scenes videos of the Mercedes-AMG Motorsport DTM Team on our website at: www.mercedes-amg-motorsport.com/dtm.

“That was the most difficult race of my life. Later on, I had to nurse my tyres through to the end. I had to defend, but at the same time drive fast and avoid the slightest error. We had a strategy planned out, but because of the new rules, you’re all on your own out there without team radio. Nobody can tell you if you should be going easy on the tyres – you have to find that out for yourself. When Timo was getting closer on the last few laps, I knew that, if I could hold off his initial attacks, I would have a chance, because his tyres would then be equally degraded. It really was very hard work. But I’m mega happy with the way things turned out. A huge ‘thank you’ to my team. They worked 24/7 over the winter, and that’s now paid off.”

“It was a very difficult race. To be honest, I didn’t have the pace I had hoped for. We were struggling a bit with the car balance and experiencing more tyre degradation than we had expected. I was surprised that I caught up with Rocky towards the end because, for the whole race, I hadn’t believed that I could come back at him. I then realised that he had pitted very early. But when I was attacking him late on, he defended very well. It was important for me to score these points. Ultimately, it’s not a bad result. We just have to improve the car overnight and then, hopefully, we’ll have a better race tomorrow. Congratulations to Lucas on his first win of the season. It shows that our team has worked very well.”& amp; lt; /p>

“Obviously disappointing after qualifying on the front row. I lost one place on Lap 1 or 2 to Timo Glock. He just managed to get past me with DRS into Turn 6, and then I felt like I was a bit quicker than him. I tried to overtake him into Turn 8. I locked a wheel and went a little bit wide, and then I was in P4. I was quite happy there. Then the Audis came a bit out of nowhere, and they caught me and I couldn’t hold them behind me. In the end, P7 is pretty disappointing after starting second, but it’s points, and hopefully, we can fight back tomorrow.”

“Well done Luggi! He’s been on fire, showing brilliant form. Tough day for me, though, with points but with a lot of optimizing to do. For some reason, I lost a lot of pace through understeer at the end of the first stint. I’m sure we can do better, and hopefully, be in the mix of the fight tomorrow. It looks like we’ve got a car, with which we can fight for the championship. Many thanks to the team for all the hard work they’ve put into this car.” < /p>

“Tough start to the season. I lined up in P10 and got away really well, overtaking the entire row in front of me. That was pretty good. I think I ended Lap 1 in P7 or P8. After that, the BMWs were really quick on the straights. Blomqvist overtook me pretty easily on the first attempt. Next lap, I used DRS, but the Audi also overtook me. As Müller and I were fighting against each other, we both braked very late and, unfortunately, Tom was turning in and I ran into the back of him. That’s a shame. I feel bad for him. He did nothing wrong. I got a drive-through penalty as a result, which was probably deserved. For the rest of the race, I was just driving by myself. The pace was good in the car. We just have to fix the mistakes for tomorrow.”

“Qualifying was a positive way to start the weekend. I was really happy to be in the Top Ten. The guys have really done a mega job in providing us with this strong car. My start was unfortunately mediocre – I still have some practising to do here. After that, my race was going OK until Jamie clipped the rear of my car while we were both braking. After that, I had no chance. Sadly, the incident cost us both the race. The only positive thing is that, unlike my last DTM race five years ago, I don’t have to wait two weeks for the next opportunity. That comes as soon as tomorrow.” < /p>

“A very strong race from Luggi. Towards the end, he came under incredible pressure but magnificently stood his ground, Starting the season off with a victory is the well-earned reward for the whole team. Obviously, it would have been nice to make more of our strong position on the grid, but today you saw how tough and competitive the DTM is. That was exciting racing at its finest.