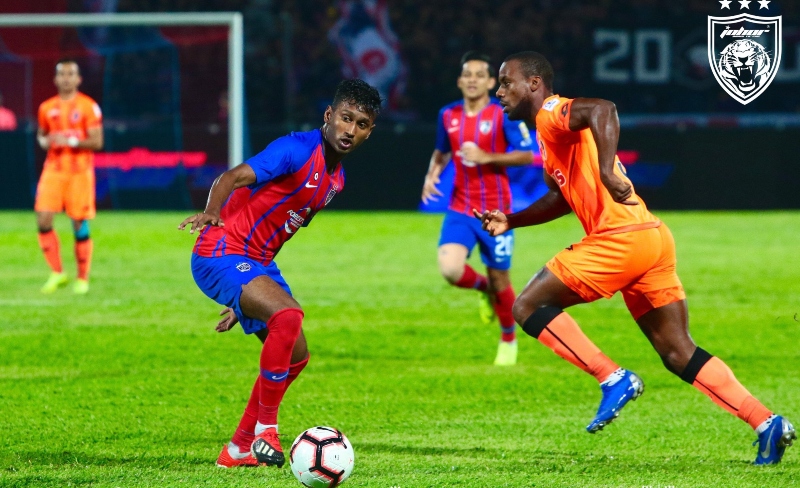 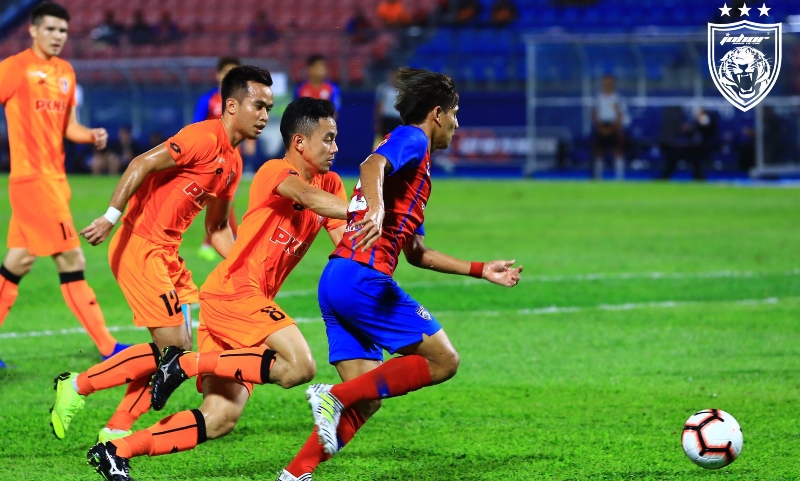 Five-time Malaysian Super League champion Johor Darul Takzim was shown the exit in the FA Cup by Selangor club side PKNS FC who won 1-0 in a third-round match at the Larkin Stadium in Johor Bahru on Wednesday.
JDT’s exit came in the wake of Selangor’s 2-1 defeat by Felda United in another shock result in the third round at the Shah Alam Stadium on Tuesday.
It was an embarrassing defeat for the Southern Tigers who also saw red when Spanish defender Kiko Insa was sent off for an early shower in the 11th minute. Insa was red carded for a rough play on PKNS player Faizat Ghazali.
Despite the numerical disadvantage, JDT was very much in the game but found PKNS goalkeeper Zarif Irfan a stumbling block with crucial saves to frustrate the homesters.
PKNS struck the killer blow four minutes into the second half through their Liberian hitman Kpah Sherman who got the better of JDT custodian Izham Tarmizi.
At the Cheras Football Stadium defending champions Pahang was also made to slog for a place in the quarter-finals with their hard earned 1-0 win over Universiti Kebangsaan Malaysia (UKM) in another third round match.
Pahang had to wait till the late for the winner which came via skipper Matthew Davies who finally tucked the ball past UKM goalkeeper Khatul Anuar Jalil who until then threw back all that was thrown at him.
Perak also had to come through a tough match against amateur side Jerantut FA at the Tun Abdul Razak Stadium in Jengka.
Wander Luiz was the toast of the Malaysia Cup champions with a double strike in the 75th and 84th minutes. Jerantut took the lead in the first half injury time when Firdaus Abdul Razak firing home an unstoppable freekick past Hafizul Nizam Jothy.
Another Perak outfit PKNP (Perak SEDC) made it a double joy for Perak with a hard-fought 3-2 win over Police at the Manjung Municipal Stadium in Manjung. – BY RIZAL ABDULLAH
- Advertisement - 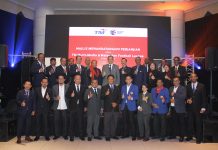 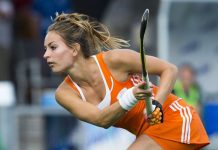 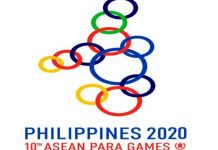