Home News Please, not another ‘own goal’ from Tong Hai 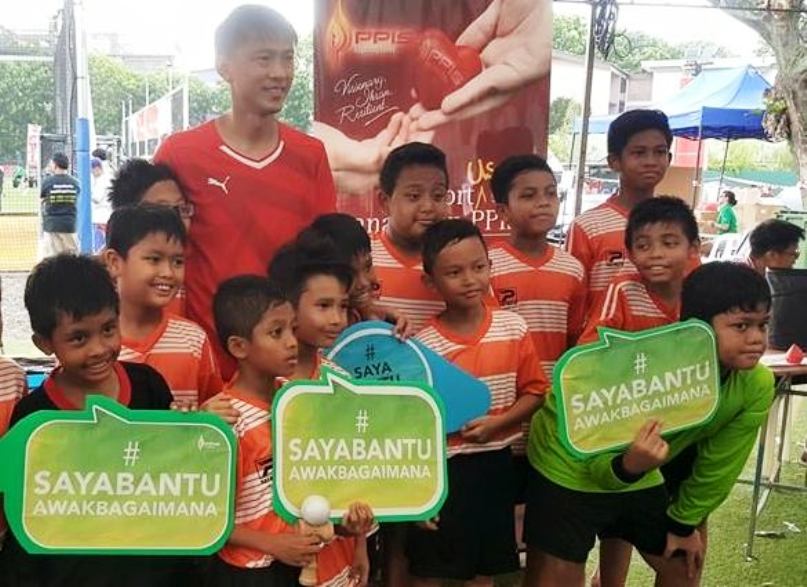 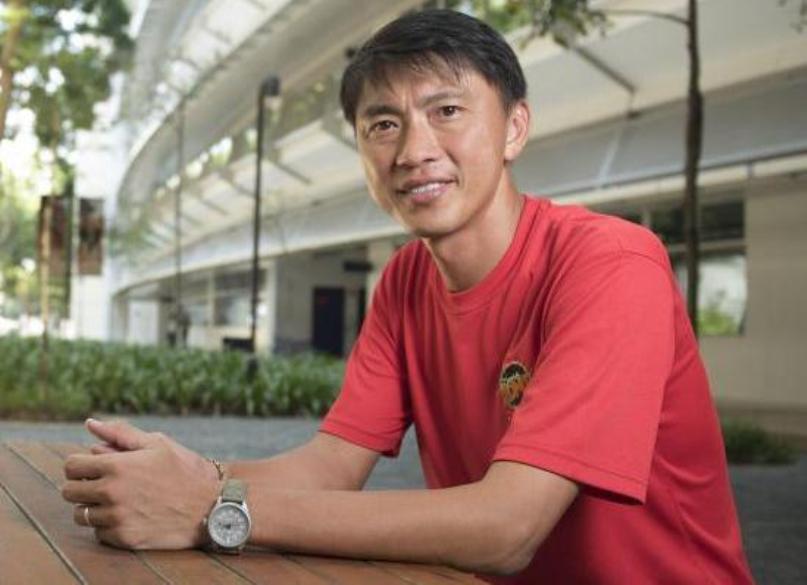 I salute Lim Tong Hai as part of the ‘Dream Team’ which picked up the rare Double (the M-League and the Malaysia Cup) in 1994. But he must stop dreaming of engaging in whistles and flags with the men-in-black.

His appointment as FAS Referees Committee (FASRC) chairman for another four-year term has created disquiet among the refereeing fraternity.

Now many referees wish he will appreciate the most important referee law, which is not written down – the so-called ‘Law 18’ – and this is about common sense.

Common sense must prevail in Tong Hai, just like the nadir of his decade-long international playing career, not to score another own goal.

In his football career, 48-year-old Tong Hai, who played centre-back for the Lions from 1989-1999, was tagged to scoring own goals as his infamous two own goals in the 1993 SEA Games  semi-final match have made him suffer cruel jibes, even after 24 years.

In many referees’ opinion, he wasn’t deliberately set up to fail but there wasn’t exactly a means for him to succeed on this FASRC chairmanship roster, simply because of his gross lack of refereeing knowledge.

Former and present referees call his FASRC chairman nomination as a “jaw-dropping appointment” because his last term of office was, to put it mildly, a “flop of flops”, simply because he was like a fish out of water and couldn’t grapple with the refereeing nitty-gritties.

LACK OF LAW AND ORDER

It reached a high point when senior referees petitioned to the FAS (Football Association of Singapore) a 10-point memorandum of the inadequacies and inconsistencies which, in a nutshell, can be summed up as a “lack of law and order” among the men-in-black.

In the six-page letter, it called for “issues to be amicably settled, closed doors preferably, because referees should never wash the proverbial ‘dirty linen’ in public as it seriously affects the longer-term integrity of the men-in-black”.

The bottom-line call was for transparency and honesty in referee relationship. From appointments to welfare-management, from proper training-schedules for match-officials and, most important, giving the referees their deserved respect and dignity as volunteer football judges.

Thankfully, the intervention of FAS general secretary Winston Lee, earlier this year, helped to soothe rising temperaments with a clear message going out to the FASRC and FASRD (FAS Referees Department) to put the refereeing house in order.

“We’ve told Winston Lee that the FASRC Chairman should ideally be a former referee because it is a specialised entity, just like previous heads such as George Suppiah and Major John Ong,” said a former FIFA referee. “It’s like putting Lim Tong Hai as the medical committee head, when he doesn’t know the nuts and bolts of sports science. Appointing him to run the refereeing show for another four-tear term raises a lot of potential controversies and conflicts.”

Another senior referee, who declined to be named, said: “It’s a sensitive job to be FASRC chairman, where one must strongly know the ground otherwise he risks being over-run by those who warm the seats for their own personal advantage. That’s what happened to Lim Tong Hai the last term. He was clearly trodden over and lacked the right refereeing leadership.”

A veteran referee, with 20 years experience in S-League, described Tong Hai as a “square peg in a round hole”. He adds: “He’s a nice gentleman, a revered former Lions and S-League player and club manager. But in the refereeing community, he’s just a misfit, a person unsuited for the position or activity. He must realise that he doesn’t have the finesse for this job and he should decline the position.”

Tong Hai has to realistically accept that there’s a sore lack of leadership excellence, with double-standards blatantly practiced, resulting in a massive low swing in confidence with first, the FASRD and second, the FASRC, said referee observer Zainal Yusoff, a two-decade former FAS referee.

He adds: “Many referees say those holding FAS office clearly show interest only in their personal interests and looking for their next overseas assignments because of the tempting remunerations.  There must be a full-stop to this blatant violation of authority and the full-time FASRD staff must be committed to put their house in order, first and foremost, before they seek out to do overseas refereeing work.”

Usually, the inside workings of the FASRC and FASRD are seldom revealed but in recent months, there have been hues and cries of the several inadequacies and inconsistencies and these were further exposed in the 10-point memorandum, which surprised senior FAS officials.

Primarily, it boils down to a lack of supervision and the leadership deficiencies allowed a few to take advantage of their positions to run an almost dictatorial-style of influence which have annoyed majority of the men-in-black, especially in overseas and local appointments, allegations of favouritism and even the FASRD office relegated next to a windowless cleaner’s room at the basement of Jalan Besar Stadium!

“It’s plain to see. It goes down to a lack of strong higher-management support and referees feeling that they’ve been neglected,” said a former FASRC member, who spoke on the condition of anonymity. “The referees have brought the highest personal and team glories to the FAS on the global arena from George Suppiah in the 1970s to Shamsul Maidin in 2000s but many feel they’ve not been adequately recognised.” 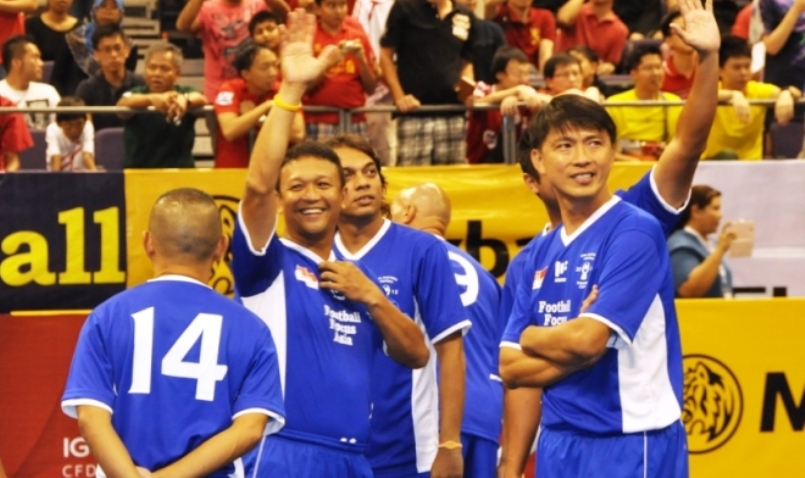 End of the day, Tong Hai must know that the men-in-black deserve higher quality leadership of someone who knows the refereeing ground. Mind you, the referees are not “kayus”, they’re a microcosm of police officers, court judges, school teachers, and principles that players will run into later in life.

They deserve respect in good leadership, which is also FIFA’s theme in promoting fair play and sportsmanship…and usually worn on the arm-bands of most skippers in international matches.

In my opinion, Tong Hai should move away and not bear the burden of his mistakes of his last term of office as FASRC chairman. He can positively contribute in other committee portfolios such as football development, national team management, community outreach or even competitions.

Touching his heart, he must acknowledge he’s just not cut out to be a referee leader and the sooner he accepts this pragmatism, the sooner he can move on and quicker the prolonged refereeing issues can be resolved.

For the record, Tong Hai was not available for comment.

The FAS, under new lawyer-leader Lim Kia Tong, has not formally announced the heads of the respective committee. But Tong Hai has, since last week, discreetly announced his FASRC chairman-appointment to a few former referees.

Allow me to repeat humbly:  I salute him as part of the ‘Dream Team’ which picked up the Double in 1994. But he must seriously stop dreaming of engaging in whistles and flags to lead the men-in-black.

I pray common sense prevails in Lim Tong Hai, just like the nadir of his decade-long international playing career, not to score another own goal.