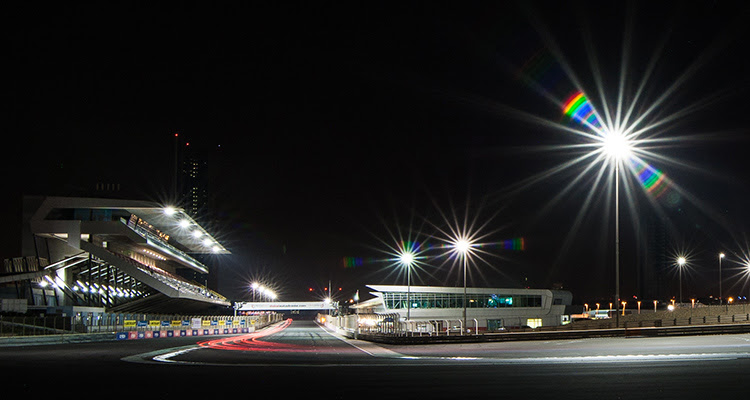 The Hankook 24H DUBAI will have its tenth running at Dubai Autodrome from January 8 till 10, 2015. The tenth anniversary edition of the first major international endurance race of the new calendar year is eagerly awaited by fans, teams and drivers. “What started as a relatively small initiative at club racing level with 60 cars back in 2006 has now become firmly established as one of the classic endurance races for GTs, touring cars and 24H Specials. An international grid with up to 90 entrants, a great variety of cars and drivers and teams from all over the world has become the norm,” says Gerrie Willems on behalf of CREVENTIC. The Dutch agency is the promoter and organiser of the Hankook 24H DUBAI in co-operation with DNRT (Dutch National Racing Team) and management and staff of Dubai Autodrome.

In line with the increasing popularity of the Hankook 24H DUBAI, the number of participants has ranged between 80 and 90 cars in the past few years and another capacity grid is expected for next year’s tenth anniversary event. There are only a few slots on the grid left and teams who still want to be part of this occasion can benefit from a special early entry fee until September 15th, 2014. As usual, CREVENTIC’s logistical experts, in close co-operation with Eimskip as the official logistics partner, will take care of the shipping of race cars and material from major ports all over the world to Dubai, delivery in the paddock at Dubai Autodrome and return transport after the event. Standard transport is included in the entry fee. If required, tailor-made travel packages for team members and guests can be arranged as well.

One of the characteristic elements of the Hankook 24H DUBAI is the great and convivial atmosphere in the paddock. “That is one of the many nice things in endurance racing,” Gerrie Willems tells. “On the track, teams are competing against each other, but off the track, they share the passion for motor racing and often help each other out when problems occur. We have often seen that teams provided spare parts to other teams when needed and one year we even had a team that sold its spare car to another team to enable them to race after a crash in practice. You can find many stories like these in Dubai.”

Of course, the booming city of Dubai has much more to offer than just Dubai Autodrome. Historic Middle East culture, great shopping opportunities, top-class hotels and restaurants, desert adventures, leisure facilities: it is all there for everyone to enjoy, combined with the nice weather and the friendly and safe atmosphere. That is making the Hankook 24H DUBAI an ideal opportunity for drivers and team members to bring their family, too, to enjoy a few days of holiday in the sun when the weather is cold and wet in many parts of the world.

The 2015 Hankook 24H DUBAI is the season opener of the six-round 2015 24H SERIES powered by Hankook. Once again, the expert commentary team from Radio Show Limited, the people behind Radio Le Mans, will be on site for live commentary while Motors TV will again be on board for television coverage. There is great anticipation for the tenth running of the Hankook 24H DUBAI, which will be a very special event. More information about the Hankook 24H DUBAI and the other rounds of the 24H SERIES powered by Hankook can be found at: www.24hseries.com.