Home Badminton Chong Wei on a roll in Copenhagen 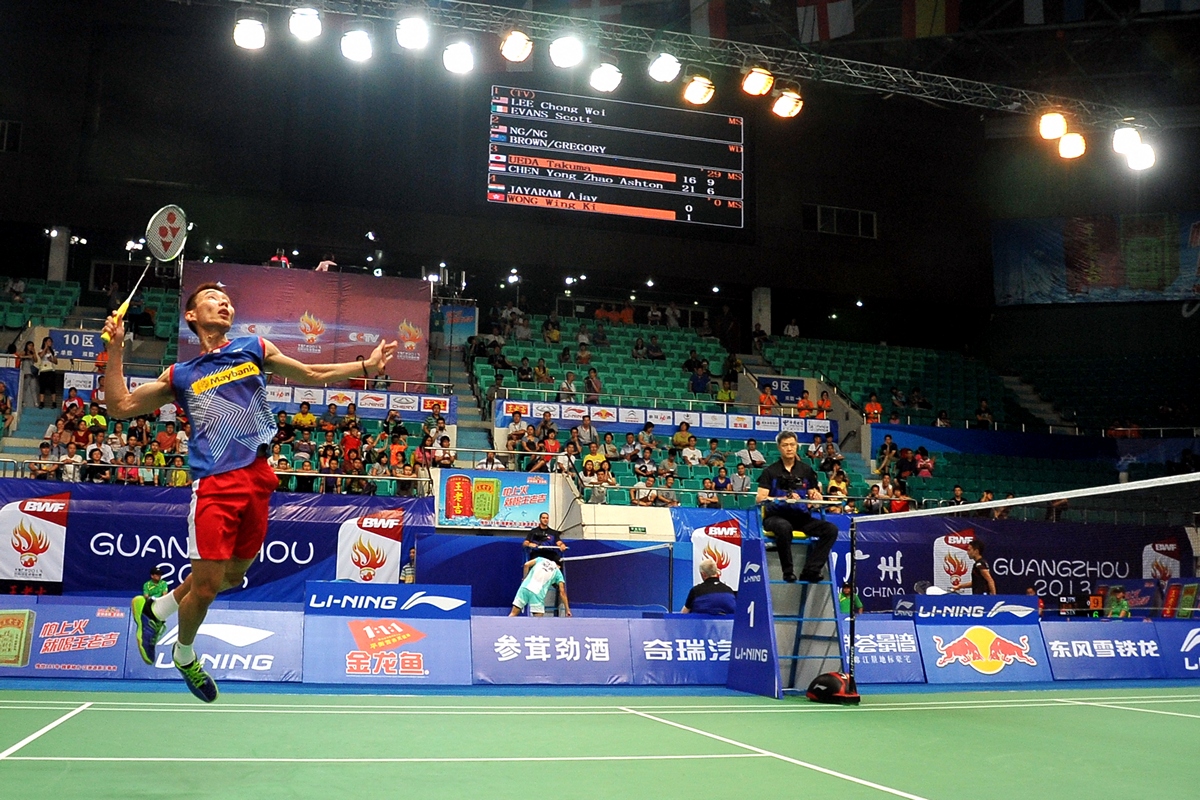 World No 1 Datuk Lee Chong Wei is on a roll in Copenhagen as he gave another masterclass performance in his bid to win the elusive world title in the on-going World Championships at the Ballerup Super Arena.The 31-year-old Penangite outplayed Germany’s lanky Dieter Domke 21-12, 21-9 in a second round match. His third round opponent is another European – Ireland’s Scott Evans.The Malaysian badminton king showed no effects of his thigh injury which forced him to withdraw from the recent Commonwealth Games in Glasgow to recover in time for the world meet and also next month’s Asian Games in Incheon, South Korea.While Chong Wei has kept the Malaysian flag flying in the men’s singles, Chong Wei Feng gave another below par performance and was shown the exit in the first round when he went down to England’s Rajiv Ouseph.  Rajiv came back from a set down to be win 17-21, 24-22, 21-16.Malaysia’s challenge in the women’s singles also ended when the country’s top woman shuttler Tee Jing Yi was packed off by No 10 seed and European champion Carolina Marin of Spain in the second round. Carolina won 21-18, 16-21, 21-10 in 58 minutes.Malaysia also suffered a total eclipse in the women’s doubles when all the four pairs lost their matches. Denmark’s Line Damkjaer Kruse-Marie Roepke knocked out SEA Games and Commonwealth Games champions Vivian Hoo-Woon Khe Wei 16-21, 21-11, 21-10 after a 51 minute battle while Eefje Muskens-Selena Piek of the Netherlands stopped the Ng sisters – Hui Ern-Hui Lin with a 21-17, 22-20 win in 40 minutes.Lim Yin Loo-Lee Meng Yean were no match for the Luo twins of China – Luo Yang-Luo Yu and lost tamely 7-21, 15-21 while Wang Xiaolin-Yu Yang also of China, the 4th seeds easily beat Amelia Alicia Anscelly-Soong Fie Cho 21-14, 21-16.