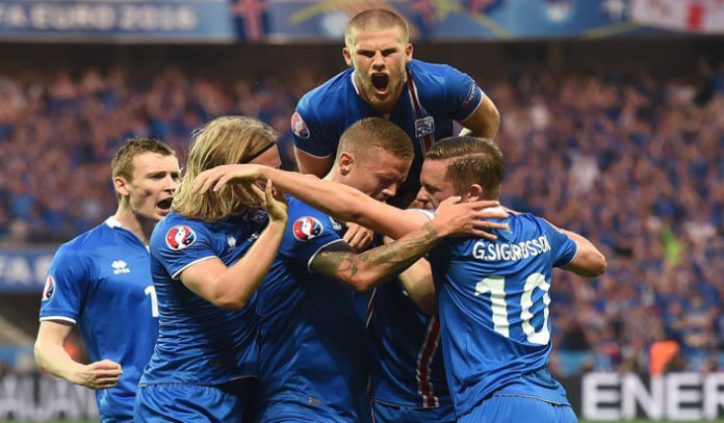 Gylfi Sigurdsson highlighted Iceland’s pride at confounding expectations at Euro 2016 despite the disappointment of a 5-2 quarter-final defeat by France on Sunday.

Sigurdsson was one of Iceland’s stars as they shocked England in the last 16 to reach the last eight on their first ever appearance in a major finals.

“I’m very proud. It’s been a fantastic tournament, something special for a small team like us,” said the Swansea City man.

“We’ve probably overachieved. It is something no one expected us to do, which is good because it gives kids back home hope that this is possible and hopefully in the future we’ll be back in the finals.”

And Sigurdsson believes this generation of Icelandic players can now reach the country’s first ever World Cup in Russia despite the limits of their tiny 330,000 population.

“We have problably 10-15 players who are at a really good age and we’ll be looking forward to the World Cup qualifiers which aren’t too far away.

“The future will be bright for Iceland and we can continue to progress over the next few years,” he said.

Arnor Ingvi Traustason said the team’s Euro 2016 heroics had put the country “on the map”.

However, the Rapid Vienna midfielder — who scored the winner in their 2-1 group stage victory over Austria — insisted defeat should not diminish Iceland’s pride at making their mark.

“I’m extremely proud to be part of this group, we put Iceland on the footballing map for the first time on the world stage,” he said.

“I’ve been getting messages from all over the world from people proud of us.

“We can go happy and proud of this tournament.” – Agence France-Presse