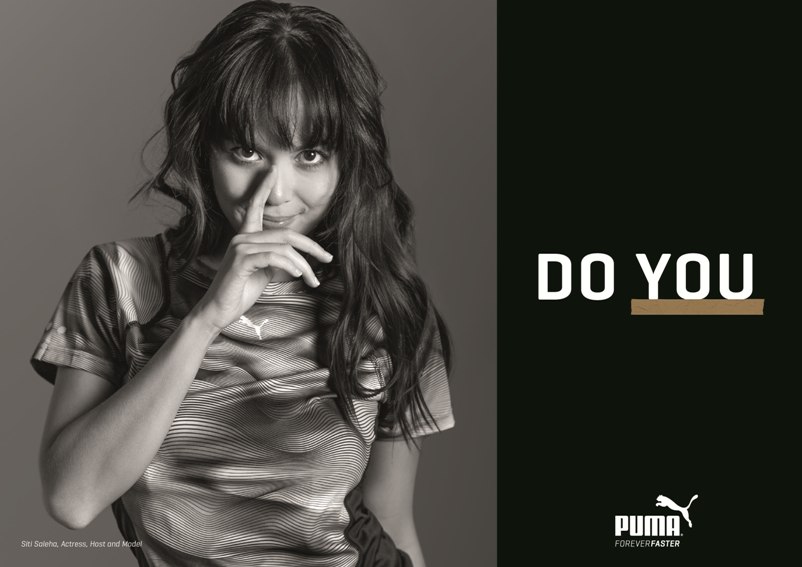 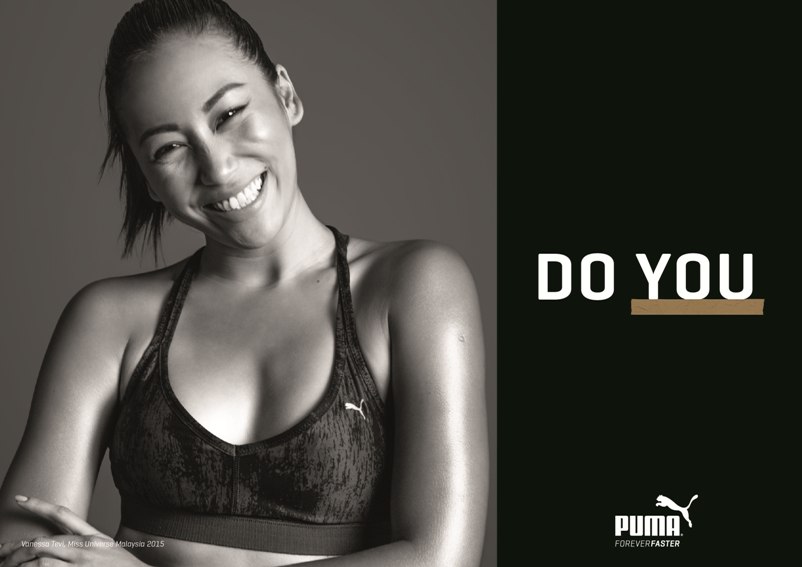 In conjunction with the global PUMA launch of the ‘DO YOU’ Campaign, PUMA South East Asia announces the regional line up of representatives of the brand. This campaign aims to inspire confidence and identity in women, and to bolster the essence of the global campaign to young women on a more personal level.

The PUMA Ambassador is one who is dauntless in the face of adversities and unapologetic for being who they are.

These are attributes and characteristics exemplified by influential women who stay true to themselves, make their own rules, and never take ‘no’ for an answer, like Rihanna and Cara Delevingne, whom are all PUMA Female Ambassadors.

PUMA South East Asia has put together six women – Siti Saleha and Vanessa Tevi from Malaysia, Kelly Tandiono and Rani Ramadhany from Indonesia, and Dawn Yeoh and Sheila Sim from Singapore – who will be part of PUMA’s Official Female Ambassadors.

Representing Malaysia, Siti Saleha is a model, actress, host and speaker who has a long list of award achievements under her belt. She has an even longer list of works ranging from movies to television dramas, commercials to theater, spokesperson to ambassador, charity and volunteer events to being an emcee or host, and has even graced magazine covers.

Being a new PUMA Female Ambassador, Siti hopes to reach out to more people to be confident and to not be afraid of self-expression. She also aims to share the importance of leading a healthy lifestyle to feel good and comfortable with your own self while embracing one’s own femininity.

“To DO YOU means to understand who you truly are, because everything starts from within. It is important to embrace all of you; the good and the bad. You need to understand it and use that as a motivation to strive for a better tomorrow, but always remember to DO YOU first as everything starts with you!” said Siti about the essence of the global campaign.

There is no doubt about Vanessa’s fearlessness as her aptitude to never take ‘no’ for an answer. Vanessa has bungee jumped, skydived, white water rafted, and has conquered various mountains around the region.

She draws an immense sense of satisfaction from reaching the peak and develops an unbreakable self-confidence through testing her personal limits.

“Believe in your goals, hold on to them with your head high and never let anything or anyone deter you from scoring what you believe you can achieve. Know yourself and know that there shouldn’t be anyone else’s skin that you are able to stand most comfortable in BUT yourself” she says in her message to fellow women out there.

“There is a growing focus on the Women’s category, spanning across fashion, lifestyle, running and training. In this new era of fitness-leisure, we hope that women will not just follow trends and be part of the athleisure bandwagon, but instead, we want to inspire women to embrace the lifestyle so that they can look good and feel good with PUMA from the gym to the streets. In the form of this campaign, we will be able to motivate young women in SEA to embrace fitness as part of their lifestyle and to simply be comfortable in their own skin, and that will pave the way to a stronger and more beautiful you,” says Gabriel Yap, Head of Marketing PUMA South East Asia.

The regional campaign kicks off this October.