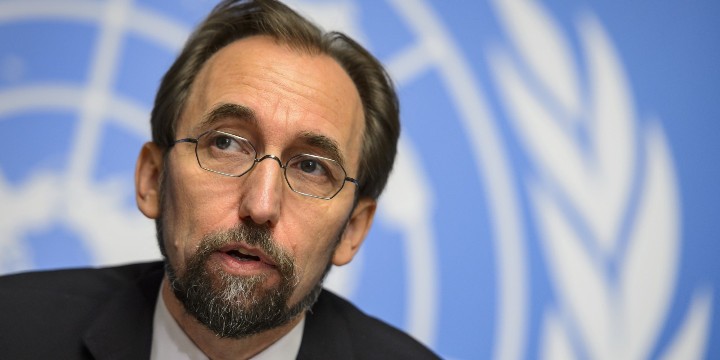 The United Nations’ most senior human rights official said on Thursday that there is a “real and authentic will” by 2022 football World Cup host Qatar to tackle labour abuse.

Qatar has been widely condemned for its treatment of almost two million foreign workers, many working on tournament-related projects, but Zeid Ra’ad Al-Hussein said there were signs of progress.

“We are totally convinced that there is a real and authentic will to tackle these issues,” the UN’s High Commissioner for Human Rights told reporters at a news conference in Doha.

Zeid said he had spoken to senior members of the Qatari government, including Prime Minister Abdullah bin Nasser bin Khalifa al-Thani, during a two-day visit to the energy-rich Gulf state.

Although in Qatar primarily for a human rights conference, the Jordanian prince also visited Qatar’s largest work camp, Labour City, and met some of those living there.

“We have seen after these discussions that there is progress made by the Qatari authorities when it comes to the issue of human rights,” he said.

“We have visited the Labour City and we found that this is a true achievement.”

He also backed Qatar over reforms in the pipeline to the disputed “kafala” labour law for foreign workers, which oversees exit visas and work contracts, but added some problems may remain.

“Of course, this does not mean that there are no violations. In all conditions we are going to find violations, regardless of the steps taken by any government,” he added.

Long-awaited changes to the system are expected to come into force in December.

A Wage Protection System, which is designed to guarantee migrant workers receive their salaries, has also been put in place.

That has not though placated Qatar’s many critics.

Last month, Amnesty International accused Qatar of doing “almost nothing” on the issue of labour abuse in the five years since it was controversially awarded football’s biggest competition.

The ITUC also estimated that as many as “7,000 workers will die before a ball is kicked in the 2022 World Cup”, but without specifying how or why the figure could rise so high. – Agence France-Presse