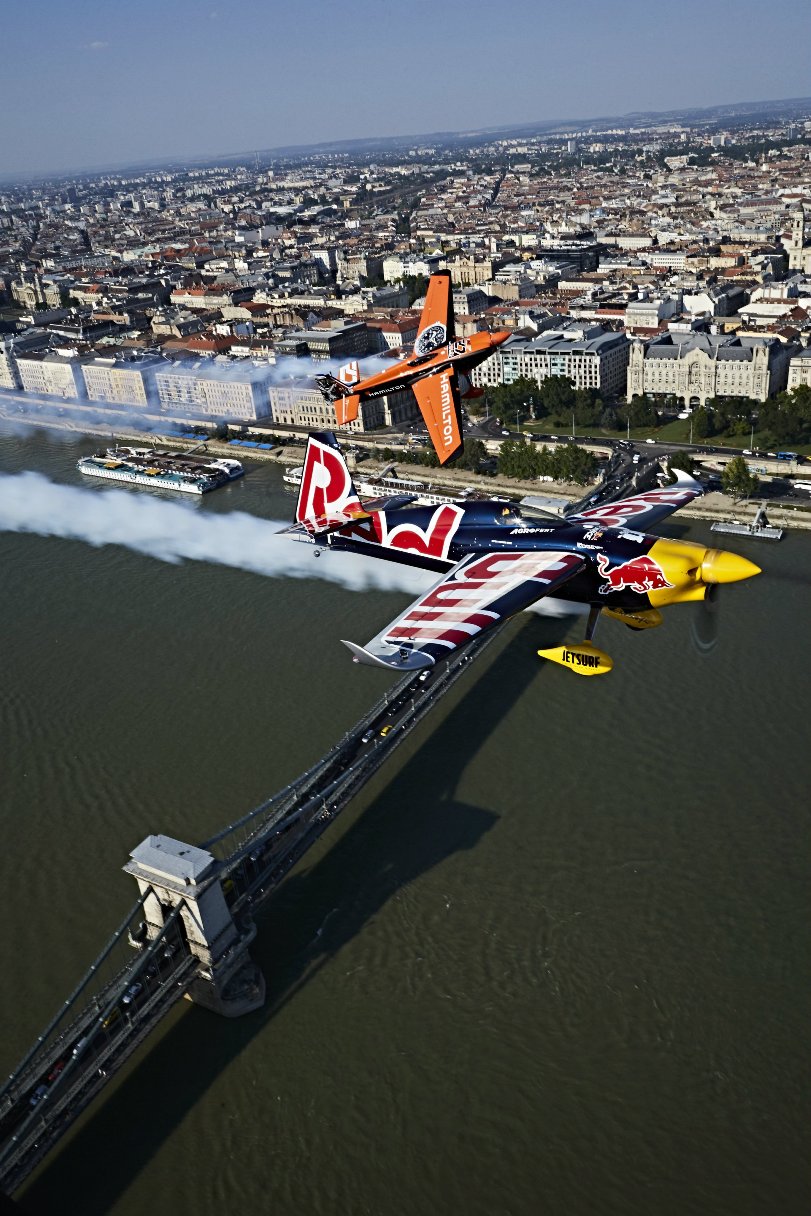 Red Bull Air Race World Championship pilots Martin Šonka of the Czech Republic and Nicolas Ivanoff of France got a rare panoramic view of both banks of Budapest at once on Tuesday, as they flew directly down the Danube in advance of the series’ ninth stop in the Hungarian capital this weekend. Among the highlights of the UNESCO World Heritage area, the duo took in the majestic nineteenth-century Parliament building, historic Buda Castle and beautiful Margaret Island.??

One of Europe’s most spectacular capitals is a fitting place to celebrate what will be a landmark 70th Red Bull Air Race on 16-17 July. The city known as the “Queen of the Danube” draws large crowds of spectators on both sides of the river and has been a favorite with pilots ever since the raceplanes first darted under the Chain Bridge in 2004. The elite competitors are too focused on the Air Gates that rise 25 meters over the river to enjoy the sights, however, makingTuesday’s trek a special treat.

Come Saturday and Sunday, both Ivanoff, who is in third place in the world championship standings, and Šonka, only five points behind him in the seventh spot, will be looking to advance on the two men at the top of the leaderboard, Kirby Chambliss of the USA in second, and Germany’s Matthias Dolderer in first.

And they’ll all have to watch out for the defending Budapest winner from 2015, Hannes Arch of Austria, as well as Japan’s Yoshihide Muroya, who is fresh from a win at home in Chiba. On hand to watch it all will be Hungary’s own Red Bull Air Race hero, the recently retired Peter Besenyei.